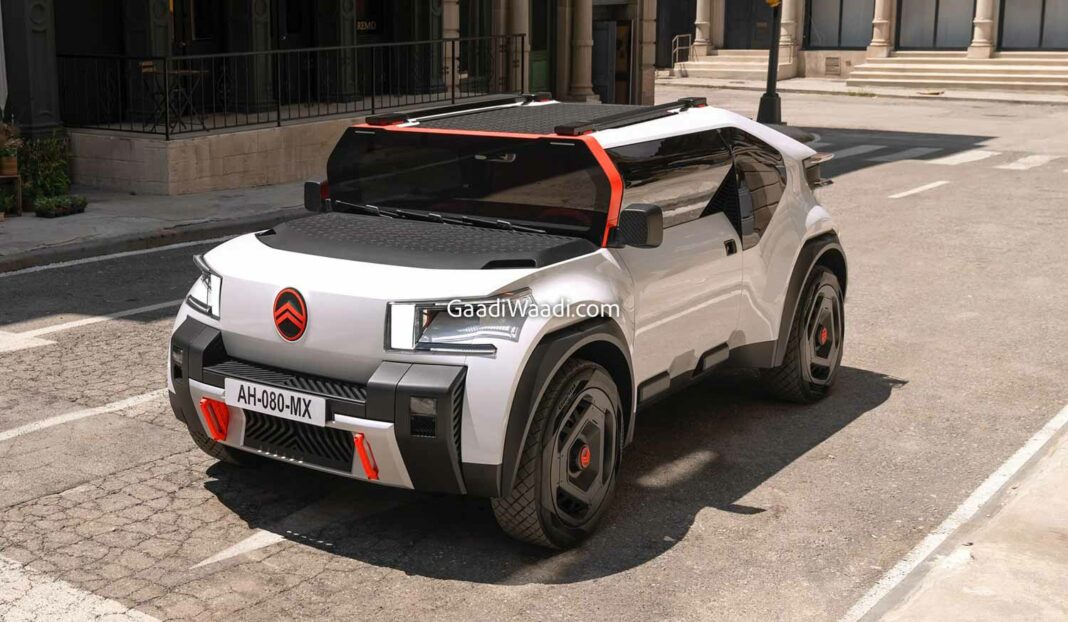 Citroen has unveiled the Oli concept today and it follows the successful Ami electric city run around with a lightweight and sustainable nature. It has a length of 4.2 metres, a width of 1.9 metres and stands 1.65 metres tall and is described as a working concept. It does have a polarising exterior design language that would necessarily be called ‘overdone’ rather than futuristic.

The production version of the Oli will weigh around one tonne and it will be equipped with a 40 kWh battery pack to deliver a claimed driving range of up to 400 km on a single charge. It will have a restricted top speed of 110 kmph and the fast charging capability will replenish the battery from 20 to 80 per cent in just 23 minutes.

The Citroen Oli is also versatile and conventional with the presence of vehicle-to-load and vehicle-to-grid charging potential. Courtesy of a 3.6 kW power socket output, it will power a 3000-watt electrical device for around half a day in theory. The French manufacturer has admitted that it is taking a big risk with the Oli and most of the ideas seen on it will make their way into production. 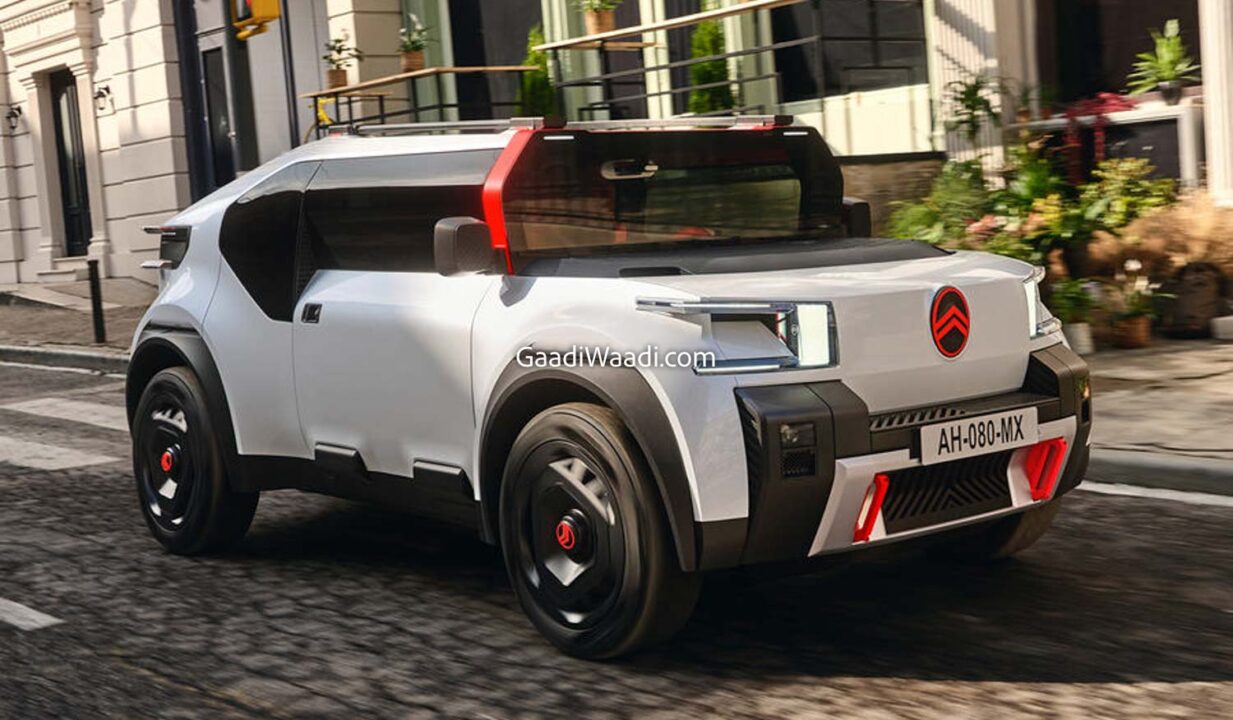 The production version will likely be a toned-down version of the concept and the front fascia is upright with a cool-looking Citroen Chevron logo finished in red colour and red accents can be noted across different bodily surfaces. The hood with a carbon-fibre-like finish has vents on either side and the unusually upright front windshield does go out of place with the overall design.

The three-door Citroen Oli based on the Ami has bulky fenders, rectangular-shaped wing mirrors and C-shaped headlamps and tail lamps and a thick red frame for the windshield with black rails on the flat roof. The side extensions behind the doors and the windshield would not be aerodynamically beneficial but would that matter on a small city car? 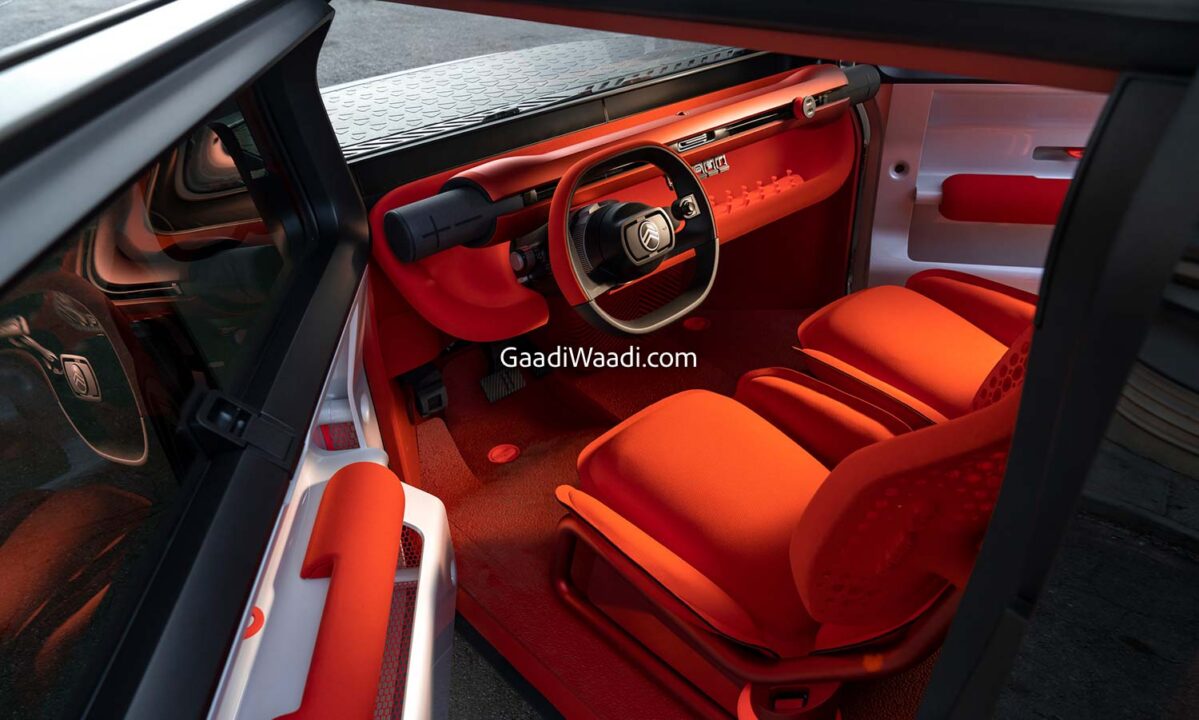 Citroen has utilised eco-friendly ways to produce materials and bodywork and even the specifically-developed Goodyear tyres feature sustainable materials such as natural rubber and sunflower oil. Amidst the bewildering exterior, the cabin has taken a rather conventional approach with an orange theme and the use of recycled materials.