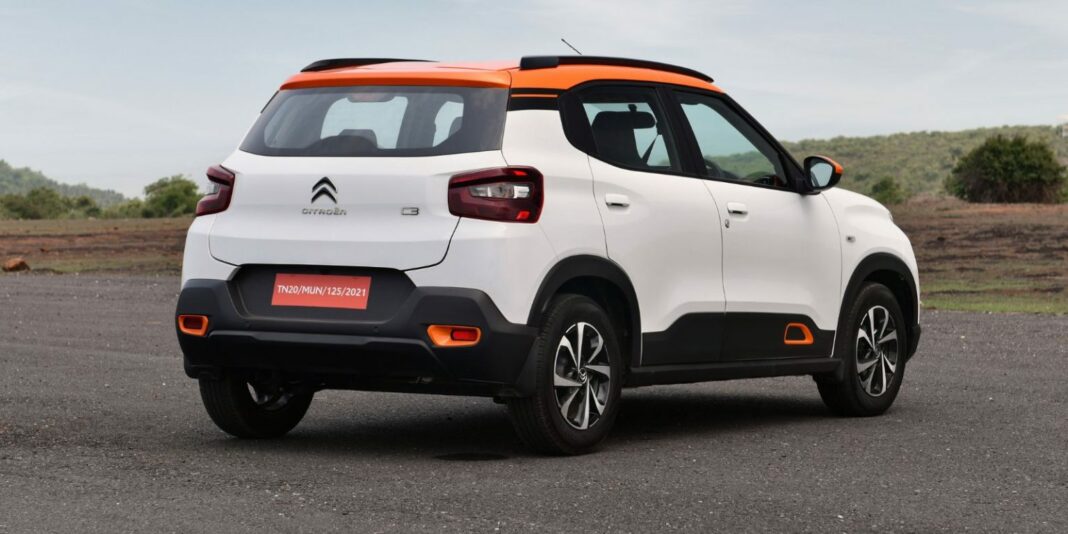 Citroen is preparing to launch the electrified version of the C3 compact hatchback sometime this month in the domestic market. It has already been teased and a few times spotted testing as well. Dubbed the eC3, the zero-emission five-seater is expected to be priced between Rs. 10 lakh and Rs. 12.5 lakh (ex-showroom) and it could take on the recently launched Tata Tiago EV.

The Citroen eC3 will have plenty of resemblances with the standard ICE model. The obvious changes will include the absence of an exhaust pipe and the charging port has been added onto the front fender. The interior will also be nearly identical to the petrol-powered C3 except for the addition of a new drive controller in place of the manual stick shifter.

A recent spy shot of the Citroen eC3’s interior shows that it is devoid of an automatic climate control system and keyless go while an Eco mode can be seen. The features list will comprise a 10.2-inch touchscreen infotainment system with wireless Apple CarPlay and Android Auto connectivity, a four-speaker audio system, steering wheel with mounted controls, remote central locking, etc.

For the eC3, the French manufacturer will source the LFP (Lithium Iron Phosphate) cells from Svolt Energy. It will be equipped with a 30.2 kWh battery power sending power to an electric motor mounted on the front axle. It is good enough to produce around 84 bhp and 143 Nm. It will feature a 3.3 kW onboard AC charger and the claimed driving range could be around 350 km on a single charge.

The Tata Tiago EV is available in 19.2 kWh and 24 kWh battery pack options with the former having a claimed range of 250 km and the latter having it at 315 km. Besides a standard 3.3 kW home charger, Tata offers a 50kW DC fast charger and a 7.2kWh AC fast charger with the Tiago EV. Courtesy of the 19.2 kWh battery, the Tiago EV starts at Rs. 8.49 lakh (ex-showroom).

The pricing will play a big role in whether the Citroen eC3 will become a success or not.