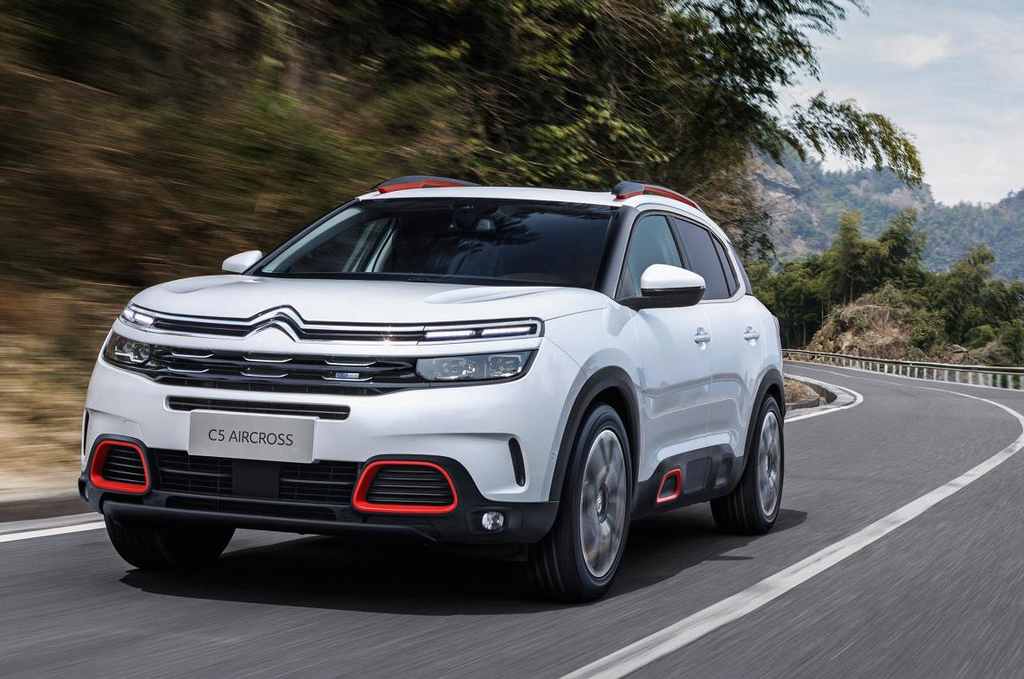 The Citroen C5 Aircross will likely be launched early next year, and will go on to rival the likes of the Jeep Compass, Hyundai Tucson and Honda CR-V

Groupe PSA was all set to re-enter the Indian market this year with the launch of the Citroen C5 Aircross. However, the manufacturer ended up postponing the SUV’s launch, and it is now expected to make its debut in the country in the first quarter of 2021. Two test mules of the SUV have been spotted testing in Tamil Nadu, revealing some information about the India-spec model.

The test mules that have been spotted testing are likely the India-spec models, since Citroen had recently commenced trial assembly of a few units of the C5 Aircross SUV at CK Birla’s facility in Tamil Nadu. Until now, only the fully-imported version of the SUV were spotted on test in the country. The C5 Aircross will be brought to India through the CKD route.

One test mule of the C5 Aircross is finished in white, while the other one sports a black paint scheme. In terms of overall design, the C5 Aircross features an unorthodox design language. At the front, the car sports a split headlamp along while the rear-end features rectangular-shaped LED tail lamps. The C5 Aircross gets Citroen’s Airbump door and wheel arch protectors, which apart from adding a funky touch to the exterior, protect the lower part of the doors from unwanted knocks.

We expect Citroen to offer the C5 Aircross in a single fully-loaded, and hence, features like panoramic sunroof, 12.3-inch digital instrument cluster, an 8.0-inch touchscreen infotainment system, an electronic parking brake, dual-zone auto climate control, a hands-free tailgate, an electrically adjustable driver’s seat and so on, are expected to be offered.

Under the hood of the Citroen C5 Aircross will likely be a 2.0-litre diesel engine with a peak power output of around 180 PS, coupled with an 8-speed torque converter auto transmission. Whether a petrol powertrain will be offered is yet to be seen. Citroen could price the SUV around the Rs 30 lakh mark.