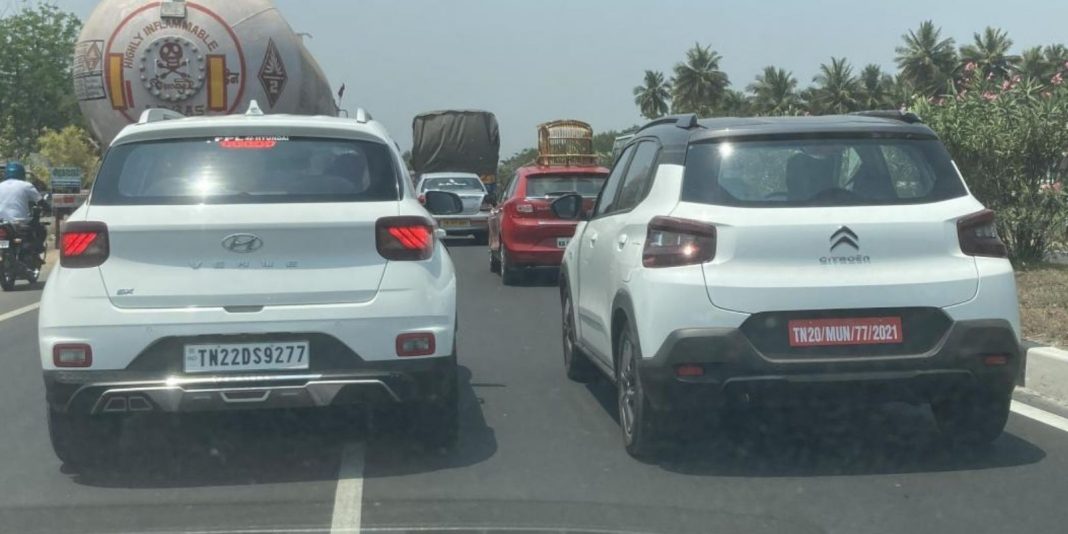 Citroen C3 is based on the CMP platform and it will compete against Kia Sonet, Hyundai Venue, Nissan Magnite and others

PSA Group’s Citroen India debuted locally with the C5 Aircross premium SUV in 2021. It will be followed by the C3 compact SUV targeting high volumes upon its arrival in the coming months. The C3 made its global debut late last year and the India-spec version will have several commonalities with it as can be seen from the spy shots caught on camera.

The Citroen C3 is a global SUV and its production has commenced in Brazil. The sub-four-metre SUV will compete against Hyundai Venue, Kia Seltos, Nissan Magnite, Renault Kiger, Tata Punch and others in the highly competitive space. It will be rolled out of the brand’s manufacturing unit in Thiruvallur near Chennai, Tamil Nadu.

One of the latest spy shots posted here shows an undisguised test mule of the Citroen C3 alongside the Hyundai Venue. By the looks of it, both have almost similar size and the dual-tone white and black colour scheme along with C-shaped LED tail lamps, slightly sculpted boot structure, and black finished bumper can be seen from the rear. 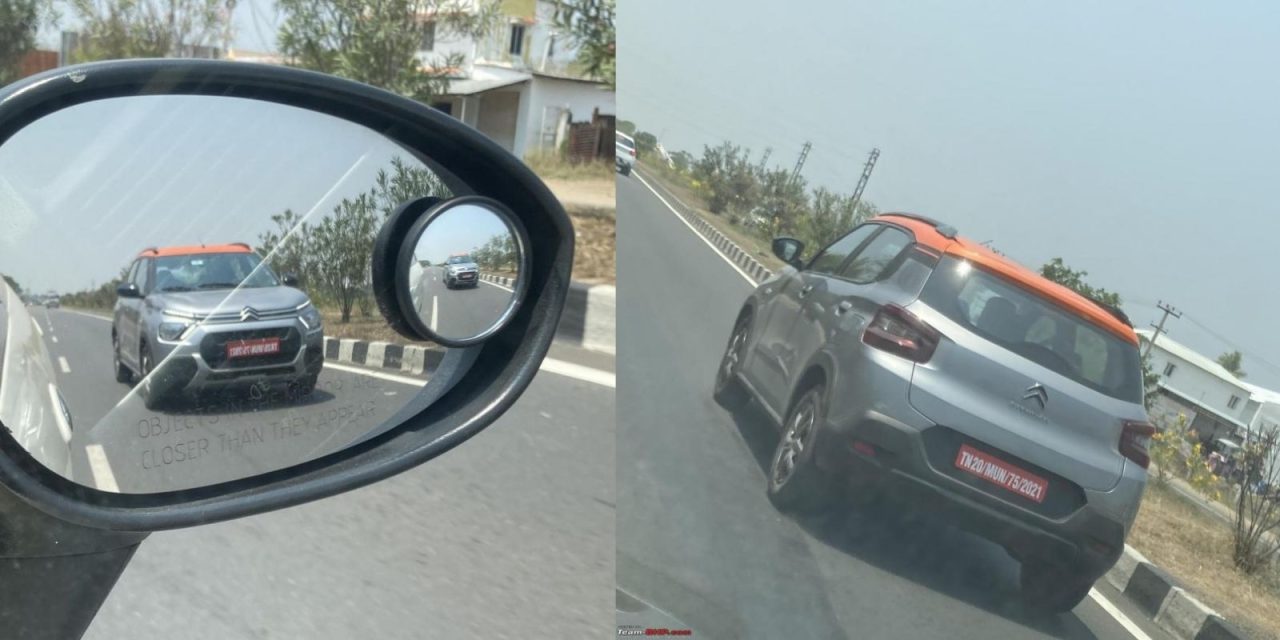 The French manufacturer will sell the C3 in multiple single- and two-tone colour choices. Another spy image indicates the presence of a contrast orange-coloured roof with grey body paint while the clamshell bonnet, signature chromed Chevron logo, large sized grille section, split headlamp cluster with LED Daytime Running Lights on top, etc are some of the visual highlights.

The interior of the CMP platform based Citroen C3 will boast a 10-inch floating touchscreen infotainment system with Apple CarPlay and Android Auto compatibility, contrast touches, USB sockets, a digital instrument console, a three-spoke steering wheel with mounted controls, quirky-looking air conditioning vents and so on will be part of the package in the top-end variants.

As for the performance, a 1.2-litre naturally-aspirated and a 1.2-litre turbocharged petrol engine are expected to be offered with the latter hooked with a seven-speed dual-clutch automatic transmission as an option. A five-speed manual transmission will be standard in the NA guise.