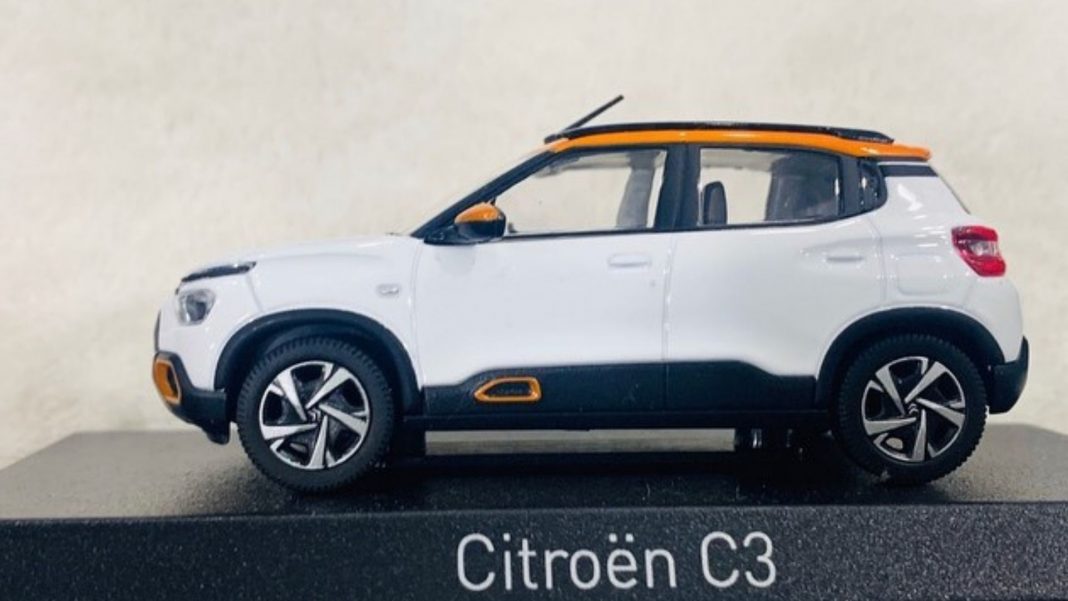 Citroen C3 compact SUV is expected to debut in India later this year and it will use the heavily localised CMP platform with a 1.2-litre turbo petrol engine

Citroen India made its domestic debut with the C5 Aircross premium SUV a few months ago. The French manufacturer now has its eyes set on introducing its first heavily localised product and its design details have been leaked courtesy of a scale model. It will target high volume sales and it will compete in a crowded compact SUV segment. 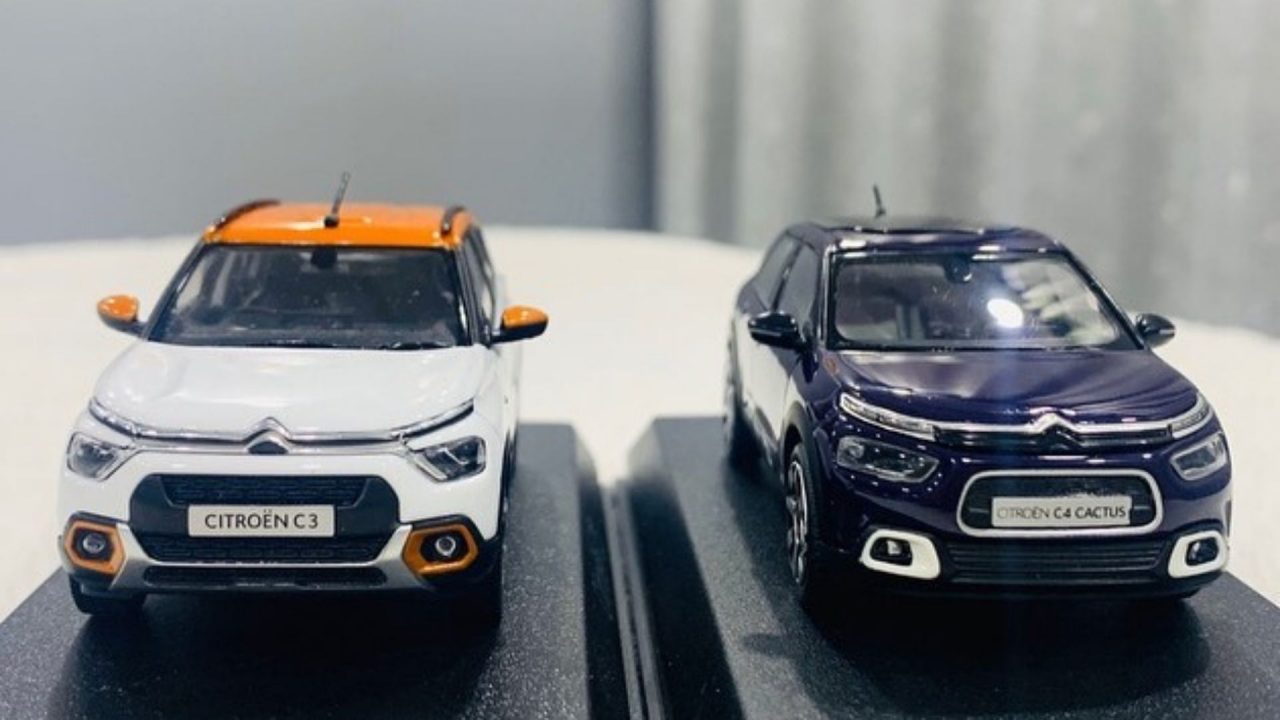 The roof is finished in orange colour giving a dual-tone appearance while the roof rails are done up in black and the wheel arch surrounds have thick black cladding. The rear of the Citroen C3 features horizontal LED tail lamps, an upright tailgate, and a Citroen logo in the middle. As for the performance, a 1.2-litre four-cylinder turbocharged petrol engine will be used.

It will be paired with a five-speed manual as standard while a dual-clutch auto could be an option. The sub-four-metre SUV is based on the CMP platform, which will give rise to a Jeep compact SUV in the coming years as both brands come under Stellantis. 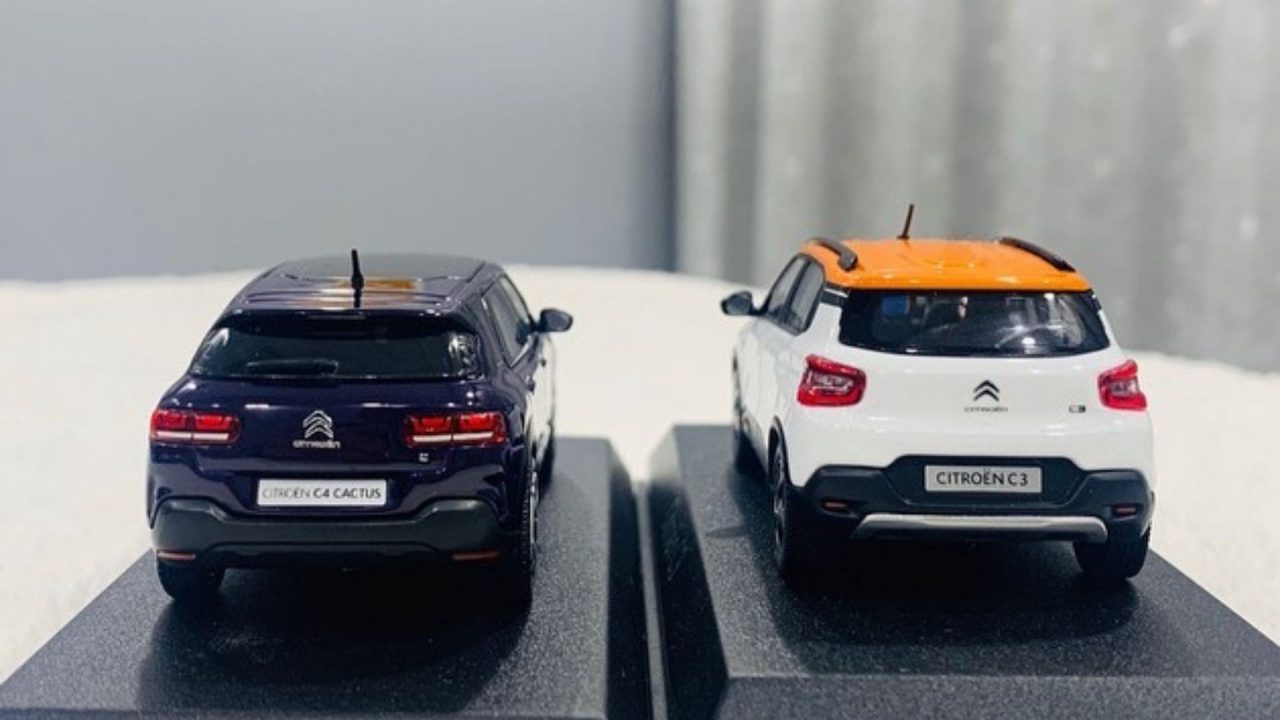 The world premiere of the Citroen C3 is expected to happen in the coming months ahead of its India debut sometime around this festive season.