Citroen C3 will be launched in India on July 20 and it will be powered by a 1.2-litre Puretech petrol engine in NA and turbo guises

Citroen India has officially commenced the pre-bookings for its volume-focused C3 compact vehicle in the domestic market. It can be reserved across the brand’s twenty authorised dealerships in India and interested customers can also book the C3 online. The French auto major entered India last year with the C5 Aircross and the C3 will be its second offering.

The Citroen C3 is the company’s best-seller in the international markets and the India-spec model is the third generation that debuted back in 2016. It will take on Tata Punch, Nissan Magnite, Renault Kiger, Maruti Suzuki Ignis and others in the highly competitive compact segment and it has a ground clearance of 180 mm.

It derives power from a 1.2-litre Puretech petrol engine producing a maximum power output of 81 hp in its naturally-aspirated guise while the turbocharged version of the same powertrain kicks out 108 hp and 190 Nm. The former is paired with a five-speed manual transmission while the latter is hooked only with a six-speed manual gearbox as no AT will be on offer. 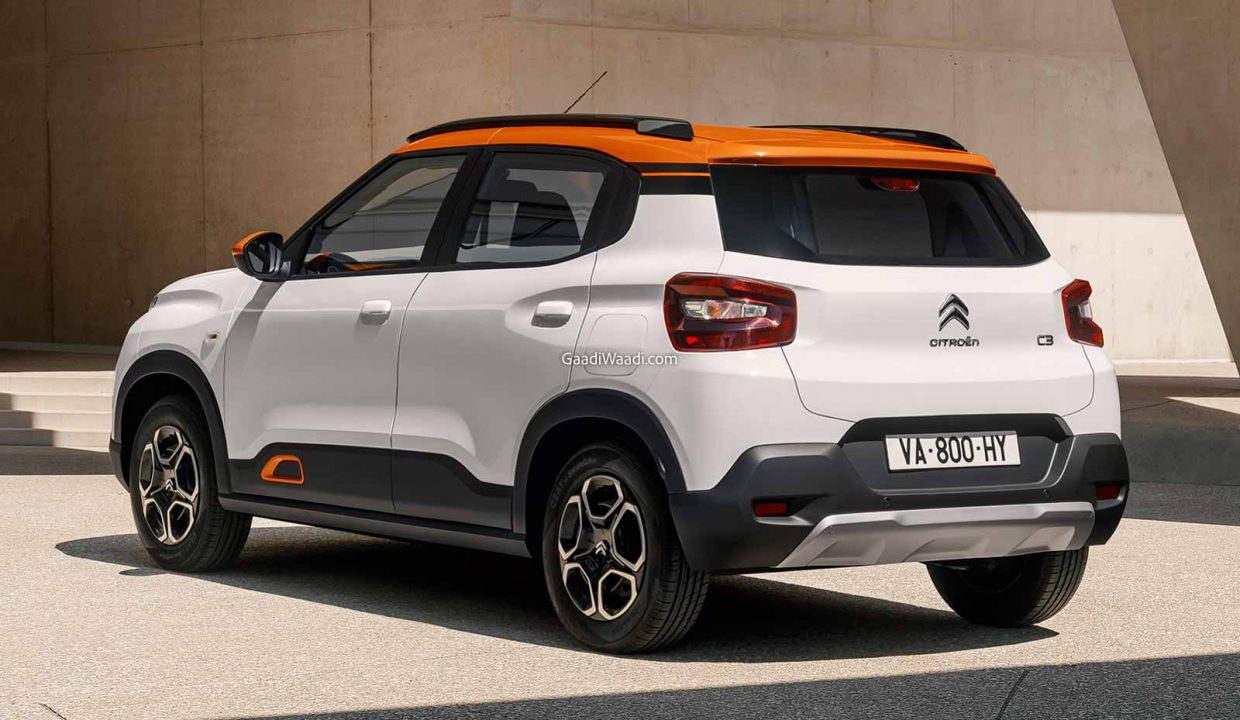 The NA variant has a claimed fuel economy of 19.8 kmpl while the turbo version has it at 19.4 kmpl. The turbo version is claimed to reach zero to 100 kmph in around 10 seconds and the seating position of the C3 is also 100 mm more than the regular hatchbacks while the bootspace capacity stands at 315 litres. It is rolled out of the brand’s Chennai plant with more than 90 per cent localisation.

The Citroen C3 will be retailed in a total of six exterior paint schemes namely Zesty Orange, Platinum Grey, Polar White, Steel Grey, Platinum Grey DT, and Zesty Orange DT. Besides having a range of customisation options, the cabin can be had in either Anodized Grey or Zesty Orange trim. The interior takes plenty of design cues from the C5 Aircross. 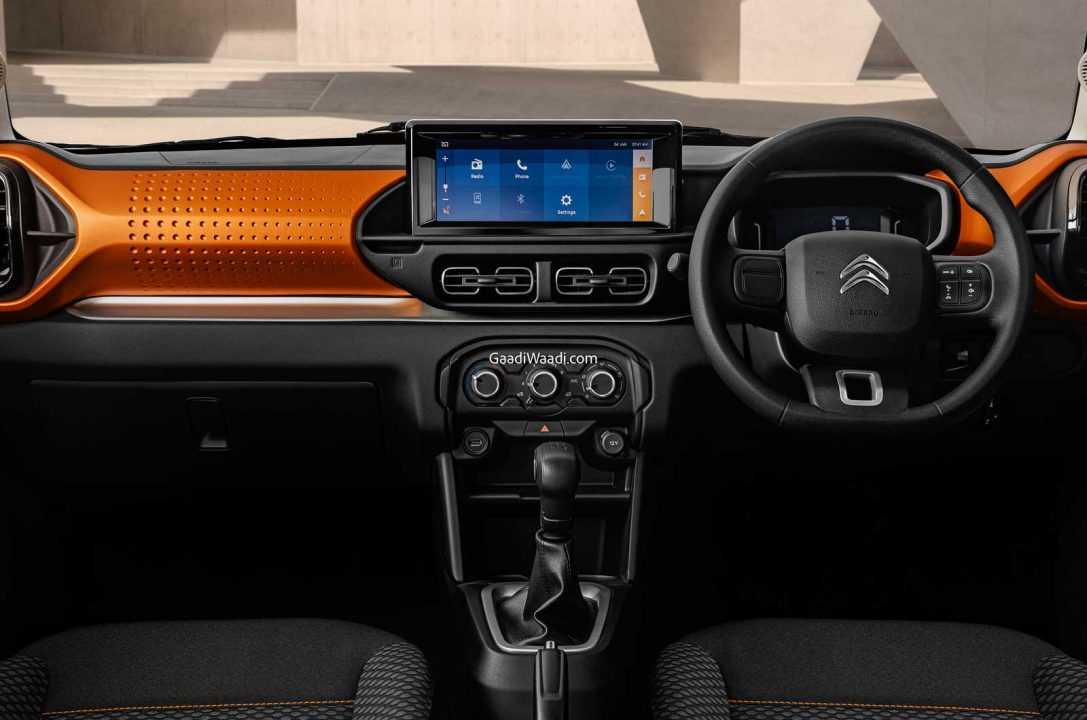 Some of the highlighting interior features are a large 10-inch touchscreen infotainment system with wireless Apple CarPlay and Android Auto compatibility, a steering wheel with mounted controls, etc. The prices of the Citroen C3 are expected to start from Rs. 5.5 lakh (ex-showroom).