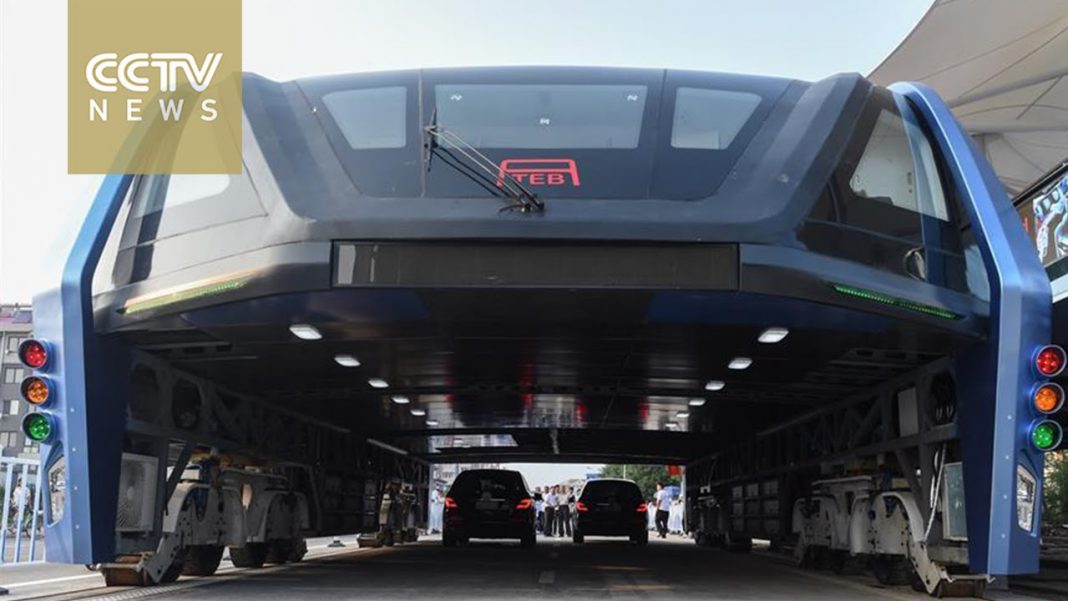 At the 19th Beijing Hitech Expo a concept bus was showcased, which can run over the ongoing traffic. The bus runs on its dedicated track, and doesn’t hold the way of other vehicles on road. The bus can also carry an enormous 1200 passenger at a time. Also the power source for such a huge vehicle is fully electric. Therefore it is economic, time saving and eco friendly as well.

Now it seems, China took the concept very seriously, and built a production spec model as well. Also the bus has started testing in Qinhuangdao in Hebei province in North China. It is being tested on a 300 meter track with turns and traffic conditions like the real life scenario. If things go well, then we can see these mammoth buses on Chinese roads in near future. 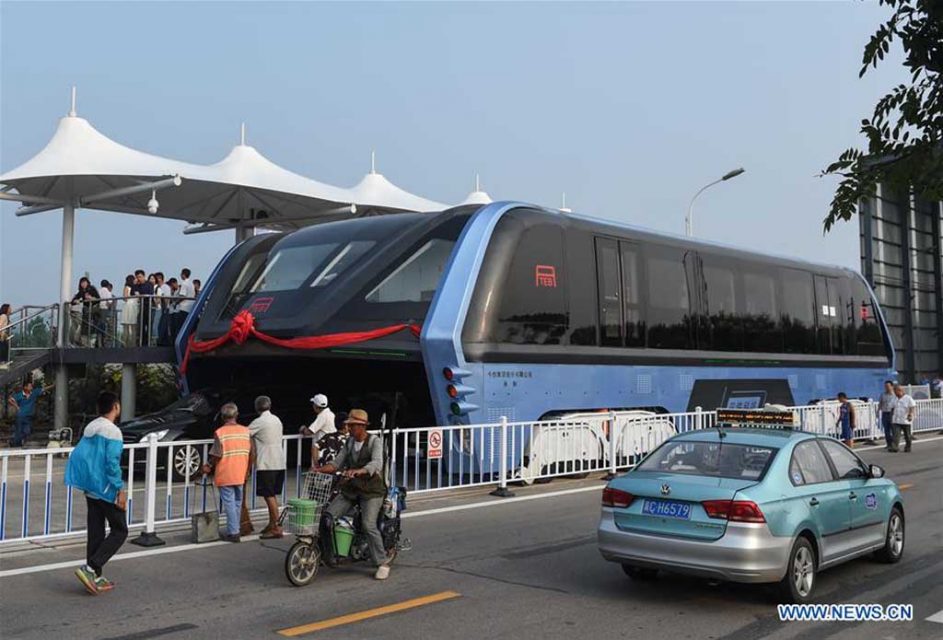 Dimensionally, the gigantic bus comes with 60.60 meters of length, 7.80 meters of width and 4.50 mm of height. The passenger cabin is positioned at the upper level. Honestly, it looks more like a lounge rather than conventional bus cabin. The lower level acts like a mobile subway. The smaller cars move through the passage under the passenger cabin of the bus. While turning, it displays the cornering signals. The bus has multiple doors for passengers boarding and getting down.

These buses can run up to 60 kmph. It can replace 40 conventional buses with one unit. It runs fully electric powered. So far, it can save a total of 800 ton conventional fuel and also enormous amount of road space at once. In China urban mobility has been a rising concern because of dense traffic scenario. Instead of spending billions of dollars in subway and elevated trains, these buses can show a brighter solution of the problem at a cheaper way.