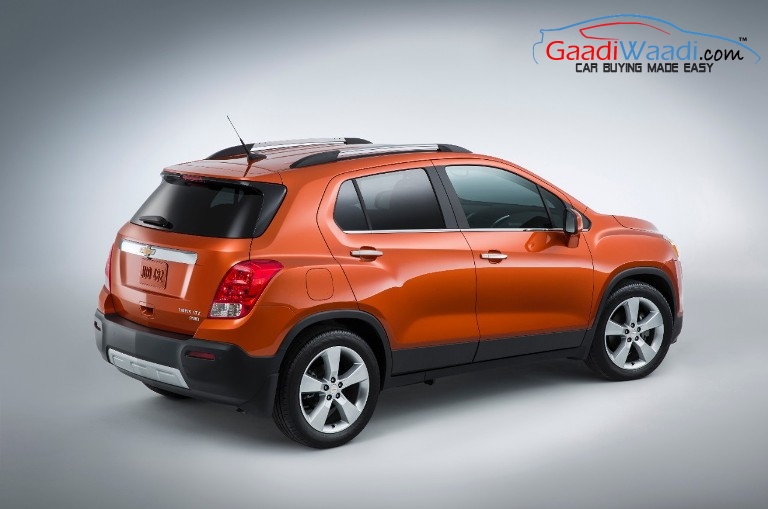 Chevrolet’s Global SUV – Trax was first unveiled at Paris Motor show 2012 and thereafter the American car maker announced to launch the car in 140 different countries. In 140 countries, Indian market is being key market for this C-SUV. Chevrolet Trax India launch is expected in 2016. This compact SUV was first spied in Mexico. This was the time when it was confirmed that the carmaker would soon launch this SUV.

e first pictures now officially made available the its South Korean website. The car would be launched on 25th February 2013 in Korea , but wait for Chevrolet Trax India launch will over by late 2016. As per the sources, it will first be launched only in Petrol variants in Korea and later will be extended to the diesel variants .In Korean Version , it will get 1.4L turbo petrol engine. When Chevrolet Trax launch in India, it will get both engine option and may be with AMT transmission. Chevrolet trax India launch will hurt Ford Ecosports, Nissan Terrano & Renault Duster’s  sales.

Chevrolet Trax for India is expected in 3 variants . The top end LTZ variant will get 17 inch alloywheels as standard , and cruise control as well. There would be 6 Airbags for your safety and Electronic stability program. but Indian version is expected to get only front two airbags & ABS. India specific Chevrolet Trax LTZ (top of the line ) will get steering mounted audio controls & telescopic steering wheel.