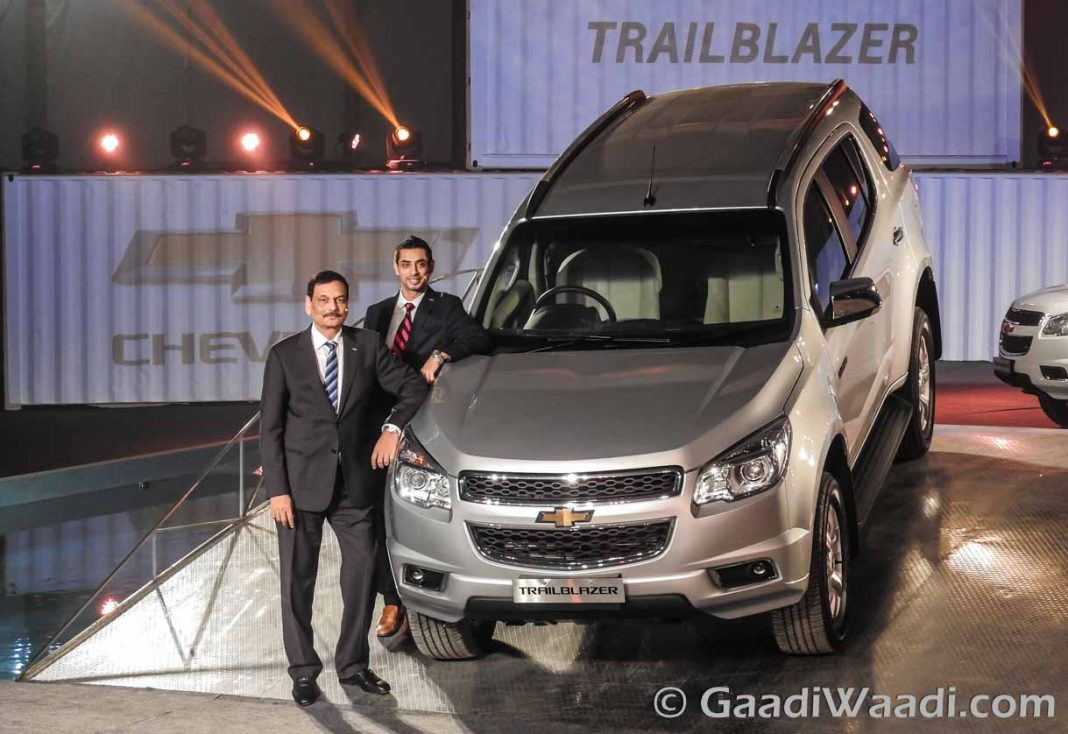 RWD Chevrolet Trailblazer launched in India at Rs 26.40 Lakhs, Chevrolet will launch 10 products in the next 5 years

Chevrolet is all set to restart its innings in India today with the launch of the true blue hardcore SUV from their stable, the TrailBlazer. GM is set to get aggressive with its plan for India and it begins with the TrailBlazer.

The Company said they will pumping 1 billion dollars into the Talegoan plant and shutting down the Sanand plant in Gujarat. GM Says that the car is global SUV and that it had to come to India as per their plan route. 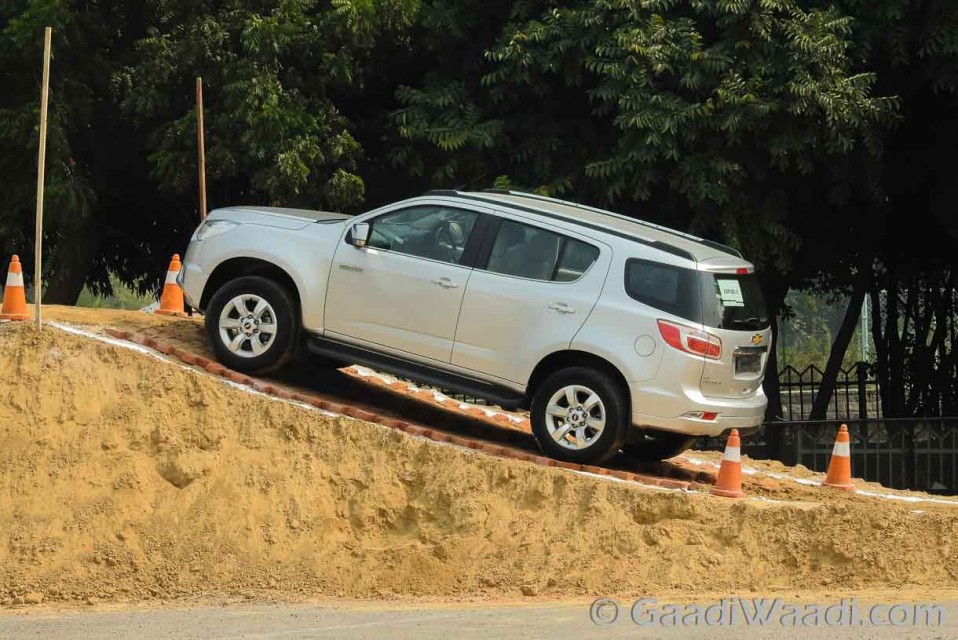 Design wise the TrailBlazer is massive with 4.8 meter length and 1.9 meters height, which makes it clearly the largest on paper and on the road. 18-inch alloy and despite that the wheel gaps are massive as it comes segment leading ground clearance of 253 mm. Interior wise it gets a lot of modern features such as Mylink infotainment system connected to a 7-inch screen. Corvette inspired dials and cockpit of the car make feel good factor come in. 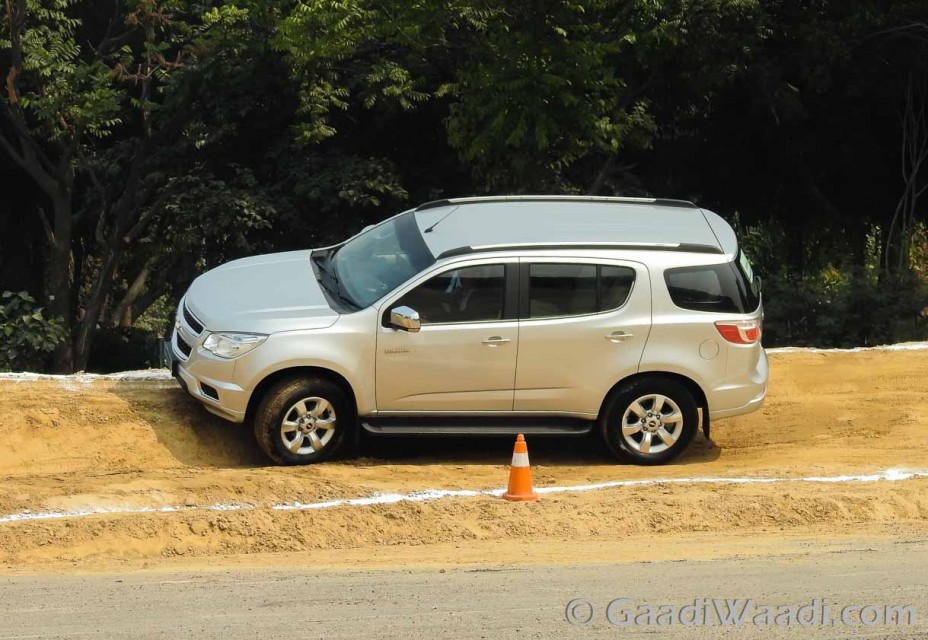 TrailBlazer is one of the car which comes with a projector in the foglight, a segment first. Trailblazer to come with flat folding split seats, 60:40 for second row and 50:50 for the third row is made available. All seats folded down the TrailBlazer has house moving capacity of 1830 litres.

Engine will be the Duramax 2.8 litre engine that makes a whopping 200 PS and 500 Nm of torque. Chevrolet claims a 10 second 0-100 km/hr timing for the Trailblazer with this massive engine. However, the engine is pulling over two tonnes of weight. TrailBlazer gets safety features such as dual airbags, ABS, ECS and TCS. 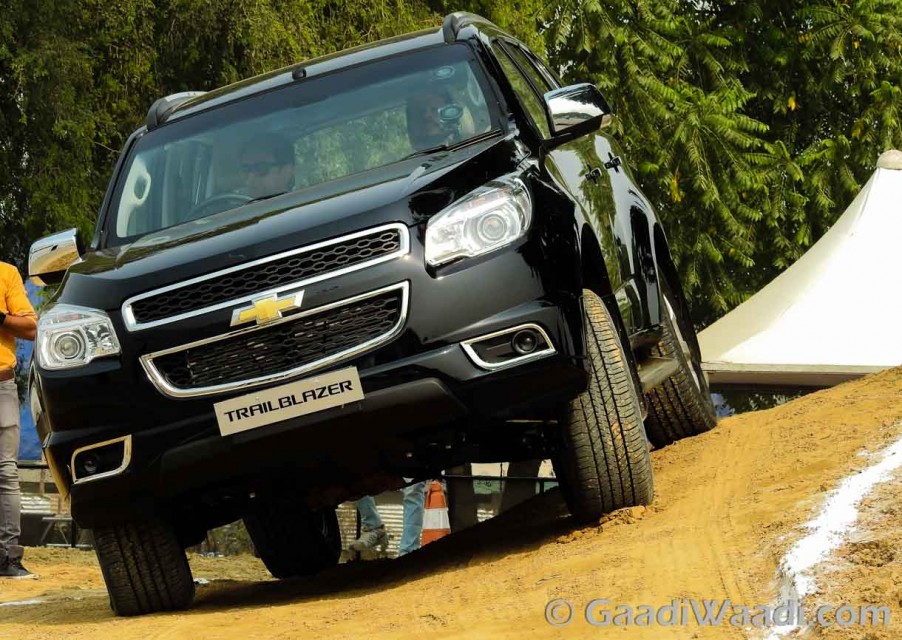 Ascent and Descent control are also standard with the TrailBlazer. TrailBlazer also gets panic-assist braking system. Chevrolet is set to offer a class leading 3 year 100,000 kilometer warranty and roadside assistance. Chevrolet isn’t offering multiple airbags or variants as it come with one variant. TrailBlazer isn’t offered with 4×4 on option yet. 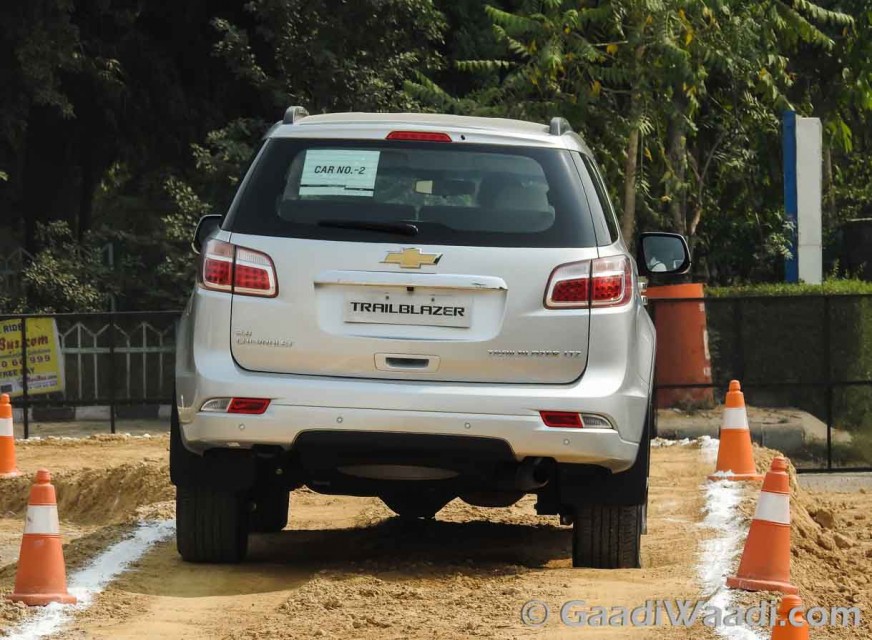 You can book the TrailBlazer on Amazon till 25’th October only: Amazon TrailBlazer