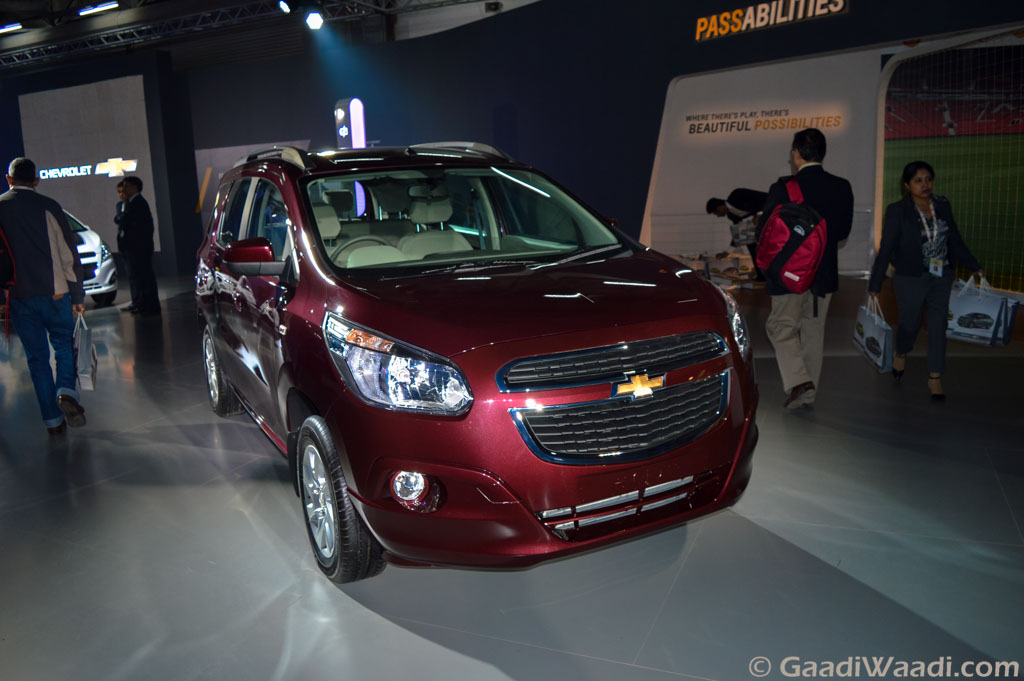 Chevrolet Spin MPV unveiled in India,  goes against tough competition as it plans to enter a crowded segment of personal and premium MPV owners.

Chevrolet is throwing everything this time at the Indian Auto Expo 2016. The stall is filled with cars which are set to come to the Indian market by storm. The products have not done well in the past because of the styling and poor choice of models being dumped into India. Chevrolet has learned that and is entering the premium segment with their best products in global kitty that they have. The MPV market is booming with launches one after the other. Toyota, GM’s key rival is standing with the Innova in some other stall across the hall and it wants to spin its world with its own Chevrolet Spin.

Chevrolet Spin is going to be the MPV with premium appeal and have 7-seats on the inside. The cabin look great and upmarket and has what it takes to take on the rivals. There are lot of basic essential features on board along with top-notch equipment on the top-end vehicle which we will see once it launches. On the outside it has a handsome profile and a well synced Chevrolet bow-tie grill and rear-end to lure customers to the showroom. The MPV has some sheer presence and size and promises to be easy to drive and live with on a daily basis. 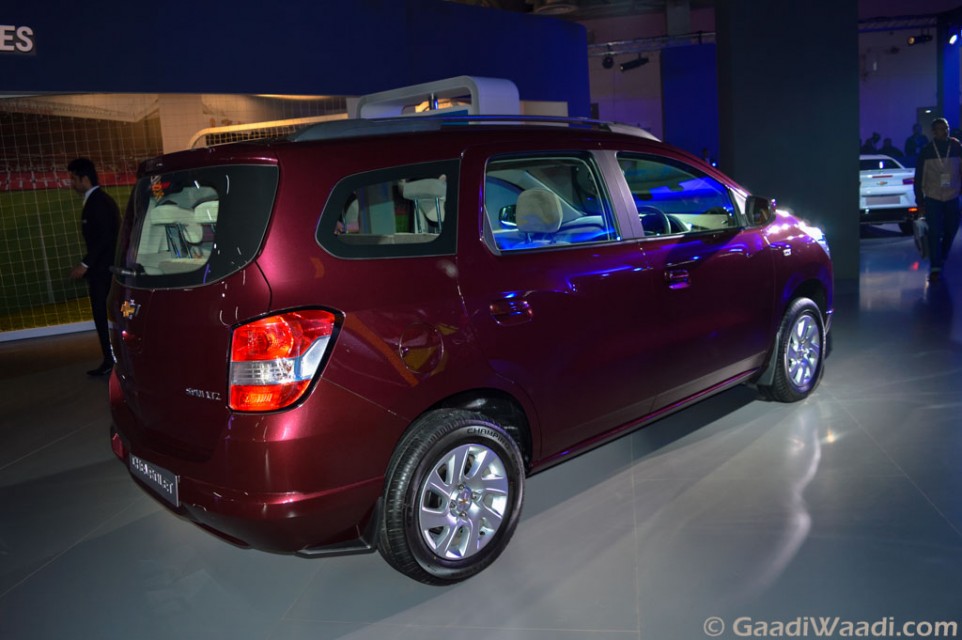 The engines will be the familiar with 1.3 diesel and 1.4 petrol which we have seen on the Enjoy. Both engines will come manual 5-speed transmissions. The trump card which the Spin has is the monocoque chassis like a car normal car which promises class leading efficiency, performance, space and safety. Expect the launch to happen very soon and it will be priced attractively since day one to take on its rival from Toyota, Maruti, Renault and Honda.