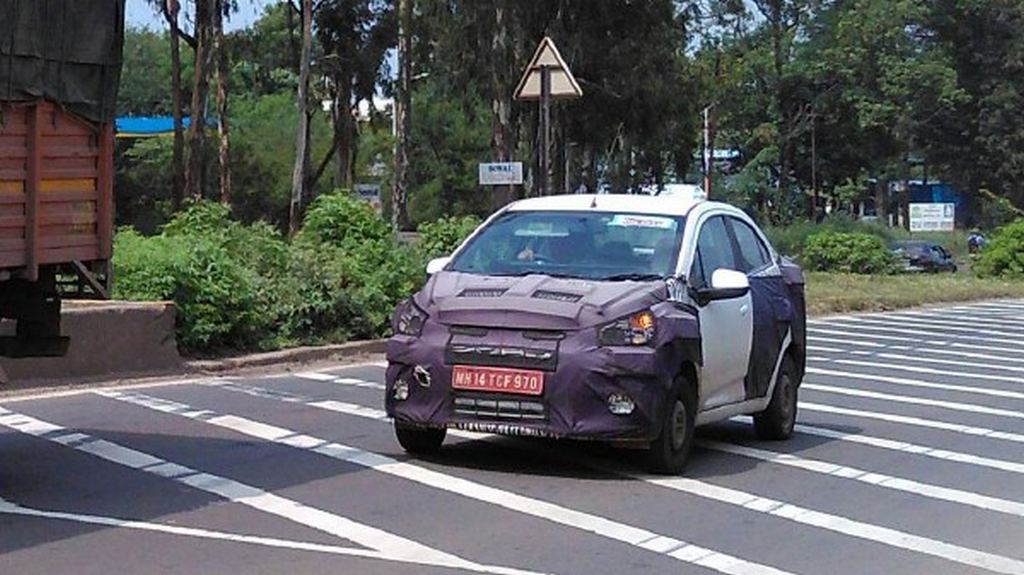 Chevrolet Essentia spied for the first time in India; carries design inspiration from the next generation Beat hatchback

General Motors revealed the sub-compact Essentia sedan at the 2016 Auto Expo in early February in concept form. Courtesy of CarWale, the heavily disguised test mule of the upcoming sedan has been spotted running on the roads of Pune. It seems to have retained the overall silhouette of the near-production ready concept and is expected to be priced between Rs. 4.5 lakh and Rs. 7.5 lakh.

It is based on the next generation Beat hatchback and a product like this will surely be essential for the American manufacturer to get back the lost market share in the Indian car industry as it will be positioned in a highly tempting segment. The Essentia will be going up against the likes of segment topping Maruti Suzuki Swift Dzire, Honda Amaze, Volkswagen Ameo, upcoming Tata Kite 5, Ford Figo Aspire and the Hyundai Xcent. 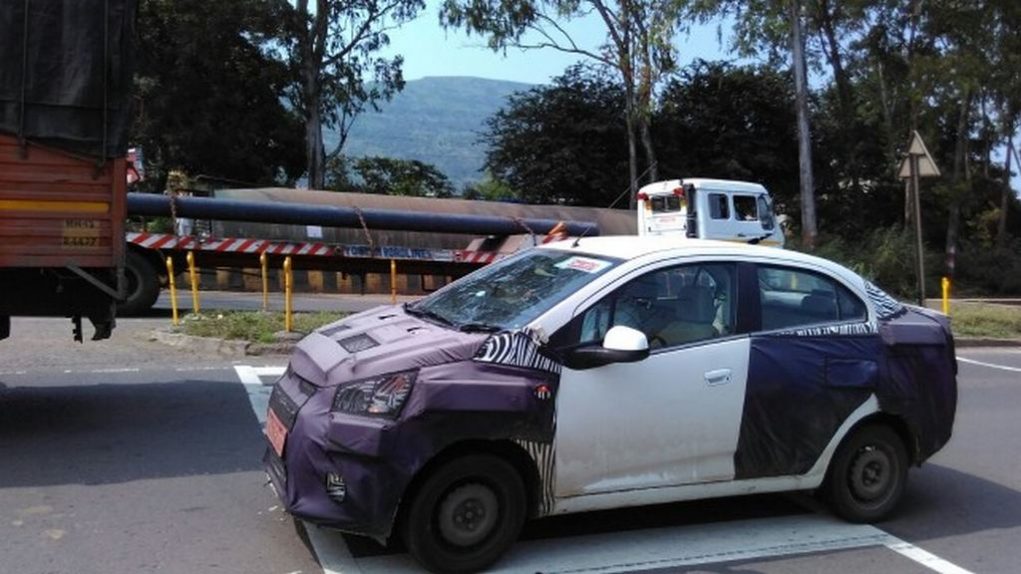 The five-door sedan has been confirmed to be launched in India next year and is rumoured to receive a 1.0-litre three-cylinder diesel engine according to some reports emerged on the internet. It is more likely to be powered by the 1.2-litre STEC ll petrol engine, currently used on the Beat. It is good enough to produce a maximum power output of 77 bhp and 107 Nm of torque.

Chevrolet has the 1.3-litre diesel that is found underneath the Enjoy MPV and the lacklustre Sail twins in its portfolio. But it appears like the motor will be axed for s smaller capacity unit as the 1.0-litre three-cylinder XSDE motor is expected to be made available. It could produce a power of 56 bhp. Both the engines will be linked with a five-speed manual transmission and an AMT could be offered in a later stage. 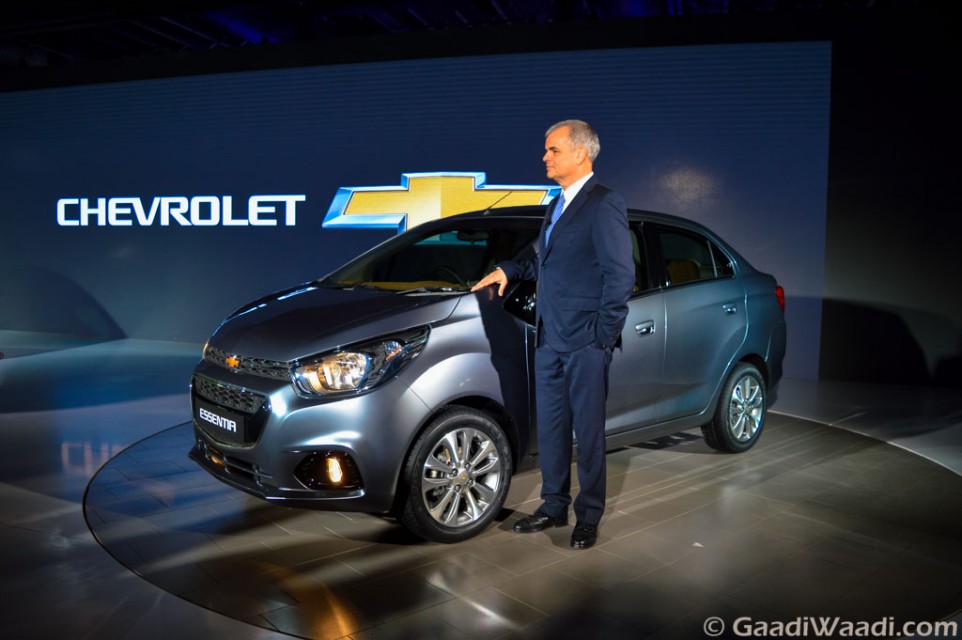 The sub-four metre sedan has been designed at GM’s design studio in Korea and is confirmed to have features like dual airbags, ABS (Anti-lock Braking System) with EBD (Electronic Brake-force Distribution), Chevrolet MyLink2 infotainment system with Apple CarPlay and Android Auto smartphone integration, reverse parking camera, etc.
Sharing the same platform with the next generation Beat, the Chevrolet Essentia will carry all the design cues from the cutesy Beat small hatchback with the practicality of a sub-4m sedan with a stubby boot.
Source: CarWale