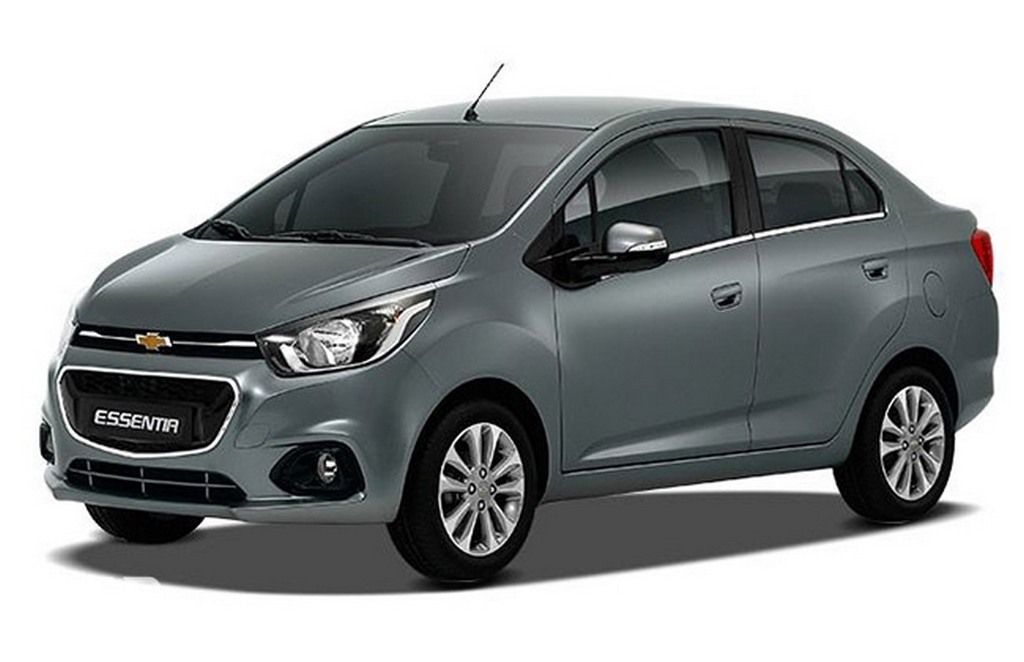 Chevrolet Beat Essentia compact sedan will likely to launch very soon; will be based on the all new upcoming generation Beat hatchback

The American automaker, General Motors, is planning to launch an array of cars in the Indian market in the next two years. It includes the all-new Beat which will spawn two other models as well. Among these two models, one is the Chevrolet Essentia compact sedan, which was displayed at 2016 New Delhi Auto Expo earlier last year. The car is likely to launch in March 2017, which will put it in competition with several other rivals in a highly competitive segment in the Indian car market.

Ahead of that, test mule of the production version has been spotted several times. Chevrolet Essentia not only shares its design language with the hatchback sibling Beat but also shares several components and the platform with it. Also, the powertrain of the car could be the same as Beat hatchback. Though, the compact sedan market is facing declining sales figure in recent times, Chevrolet Essentia could bring a fresh air in the segment with its unusual styling.

The Chevrolet Essentia appears with a bit muscular design language, which is clearly visible at front fascia. Inside the cabin, this car comes quite impressive, practical and upmarket. It comes with an unique and attractive design in-line with its upcoming hatchback sibling.

Though not officially confirmed, the upcoming Chevrolet Essentia is likely to be launched very soon in India Chevrolet Essentia is likely to be priced between Rs. 4.5 lakh and Rs. 7.5 lakh depending on variants (ex-showroom). The American auto manufacturer needs to keep the pricing competitive as the sub-4m sedan segment has several other models ready to challenge the upcoming car.

Upcoming Chevrolet Essentia compact sedan is expected to come available in both petrol and diesel engine options. The petrol model will take power from a 1.2-litre SMARTECH engine, which kicks out around 76.8 bhp of peak power at 6,200 rpm and 106.5 Nm of peak torque at 4,400 rpm. The diesel powered Essentia draws power from a 1.0-litre SMARTECH unit under hood, which churns out around 56.3 bhp of peak power at 4,000 rpm and 142.5 Nm of peak torque 1,750 rpm. On transmission front, both the petrol and diesel engines will come paired with a 5-speed manual gearbox, while an AMT is expected to be offered as well. Chevrolet Essentia compact sedan shares its design language, platform and components with its hatchback sibling the new-gen Beat which is also expected to launch in 2017. The compact sedan sports a bit muscular front fascia with swept back headlamps which also come with integrated LED daytime running lights. Apart from that, large two-part front grille with chrome trims, a bold and huge bumper give it a muscular look. The fog lamp enclosures come sporting a blackened appearance.

At side profile, the upcoming compact sedan gets bit flared wheel arches, 10-spoke alloy wheels, sharp cuts and creases. The glass area is blacked out too and the shoulder line runs upward toward the car’s rear fascia while it also features a sleek chrome trim. The rear fascia sports compact and large taillights, chrome trim around registration enclosure and a sculpted look. Speaking about the car’s dimensions, the upcoming Chevrolet Essentia will measure 3,640 mm in length, 1,595 mm in width, 1,520 mm in height and has a wheelbase of 2,375 mm. It also gets a ground clearance of 175 mm which is effective to take on regular potholes on our Indian roads. Like its hatchback sibling the Chevrolet Essentia too comes with an upmarket interior which is practical and minimalist in appearance. The car features a multi-function three spoke steering wheel and bike-inspired analog-digital combo instrument cluster. A Chevrolet MyLink touchscreen infotainment system at the compact center console will enhance the car’s appeal further. Chevrolet Essentia will come with safety features like dual front airbags and ABS with EBD. Reverse parking sensor could be on offered on top-spec trims as well.