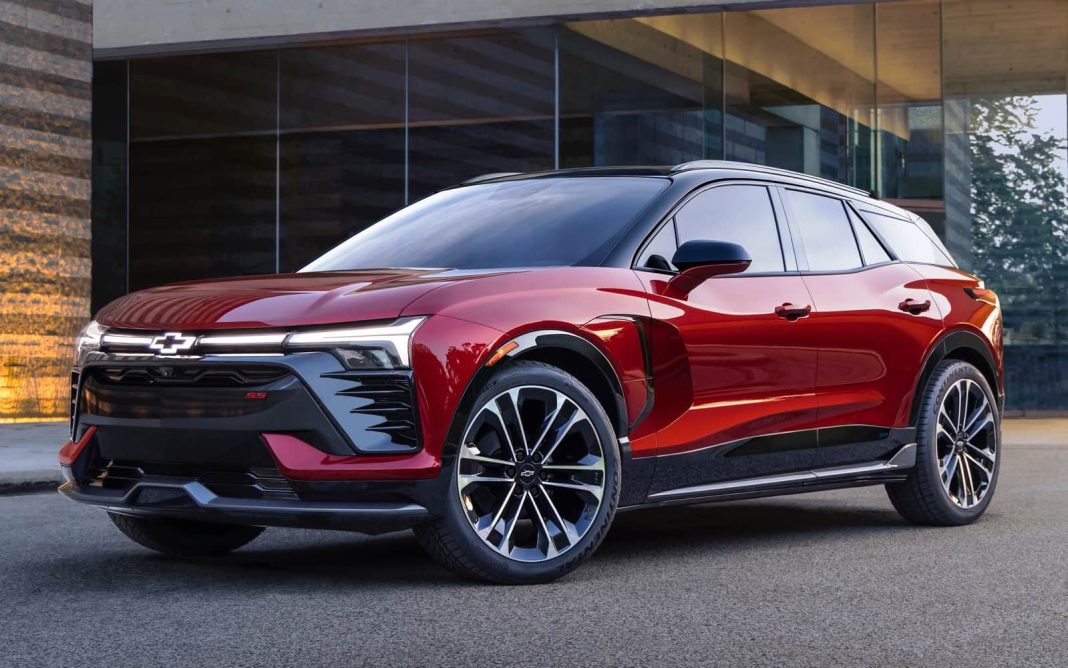 General Motors has released a sneak peek of the 2024 Chevrolet Blazer EV SS. The official image shows the front three-quarters of the upcoming electric SUV, and it looks extremely attractive. This particular model is the ‘SS’ version, which is likely the top-spec, performance version of this forthcoming EV. The 2024 Blazer EV will be fully unveiled on July 18, 2022.

The design of the 2024 Chevrolet Blazer EV SS looks extremely aggressive and futuristic. The front end features T-shaped LED DRLs, with LED headlamps positioned just below. The upper front grille and the logo feature LED illumination as well. The front grille is quite expansive, covering nearly the entire front end, and there are side air vents as well.

We also see an ‘SS’ badge on the front bumper, with a bash plate underneath. The electric SUV also gets large dual-tone alloy wheels, and there’s black cladding on the wheel arches and near the bottom at the sides (with integrated aero wings). The dual-tone ORVMs look great as well, and there are some unique creases on the body panels. 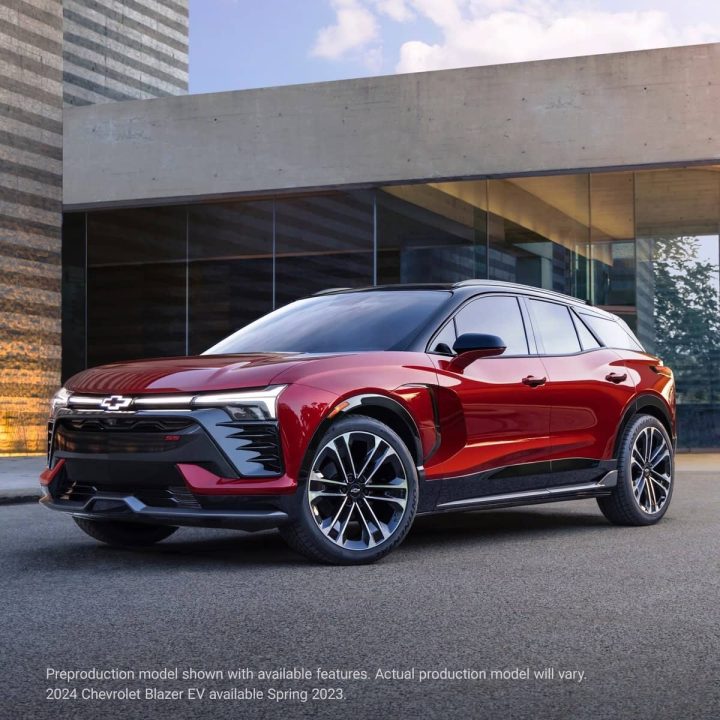 The electric SUV gets a generous greenhouse area, and there are faux roof rails as well here. We also see wraparound LED taillights, but only partially. The technical specifications are a mystery at the moment, but speculations suggest that the EV will be available in both single-motor (2WD) and dual-motor (AWD) configurations.

GM will utilise its Ultium Platform for Blazer EV, the same as GMC Hummer EV. General Motors had previously confirmed that it will introduce plenty more EVs before the end of 2023, under its different brands. Chevrolet Equinox EV, GMC Hummer EV SUV, and Chevrolet Silverado EV are all slated to arrive next year.

By 2025, GM is aiming for one million annual EV sales in North America and China – two of its biggest markets. It should be noted that in India, GM does not have any sales outlets, ever since the brand ended its sales operations here at the end of 2017.