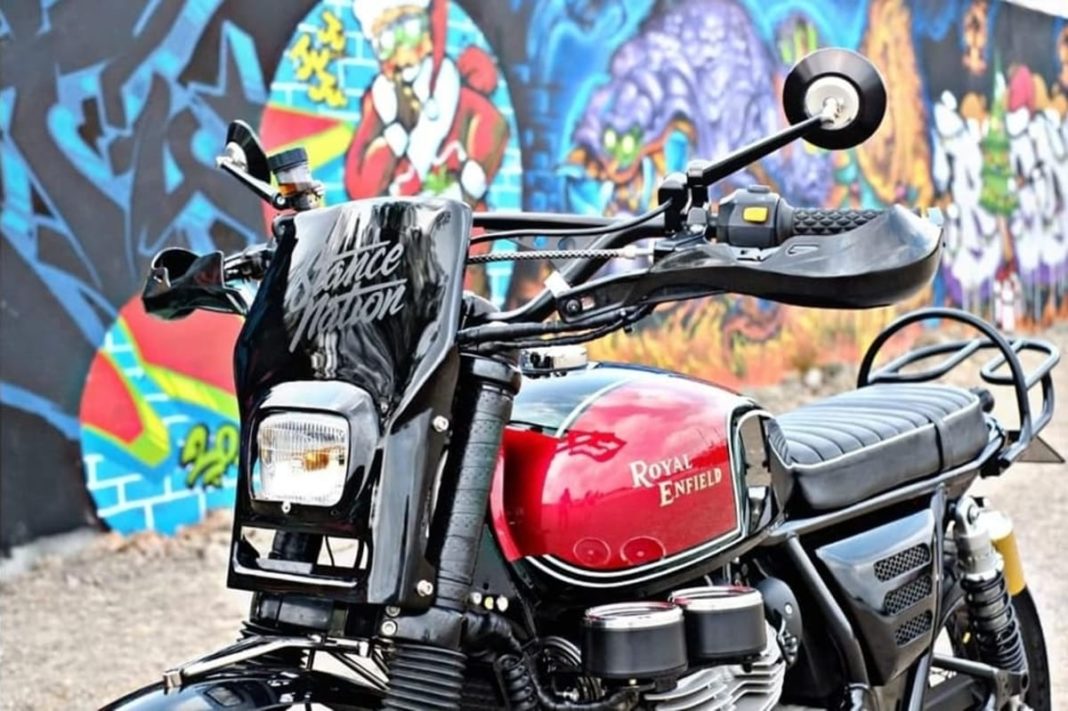 Here, we have a custom-built RE Interceptor 650 from Thailand, which has been transformed into a beautiful scrambler

Royal Enfield is the most popular premium motorcycle brand in India, and enjoys a cult following among motorcycle enthusiasts in our country. The Chennai-based manufacturer enjoys a lot of popularity overseas as well, including Europe and South-East Asia. Just like in India, enthusiasts abroad love to customise their RE bikes as well.

Here, we have a custom RE Interceptor 650 scrambler, built by Ranger Korat, a custom garage in Thailand. The bike sports a lot of changes, which we shall list here. At the front end, we see a new rectangular halogen headlight, along with a custom cowl. The stock front fender has been replaced by a beak-like unit, and the telescopic forks get seal protectors.

The handlebar is also new, and is much higher than the stock one. It gets round wing mirrors along with knuckle guards as well. The fuel tank gets a custom paint job, featuring red, black and white, which looks absolutely brilliant. The seat, which is also new, looks flat yet adequately padded. The tail end of the bike features a luggage rack and a pillion grab handle, and the rear fender seems to have been chopped off. 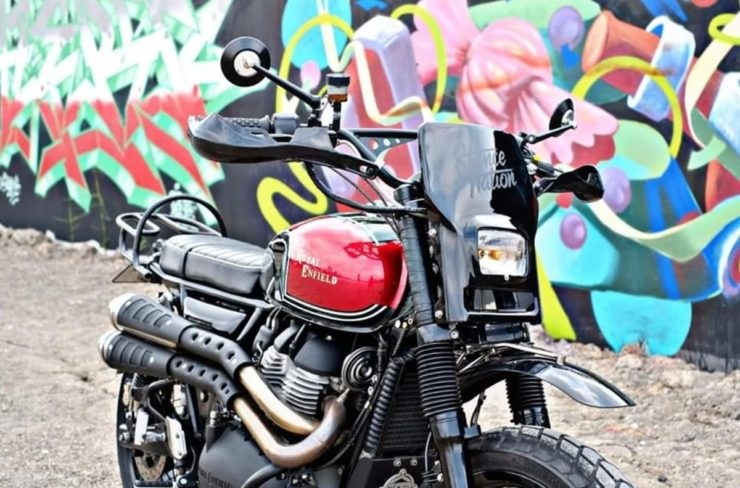 The engine and gearbox assembly get a matt black finish, and a bash plate has been added below the oil cooler. The exhaust system is custom, with the pipes now routed from the right side of the motorcycle. The airbox gets a new panel, with three horizontal vents. The instrument cluster has been mounted on the left side of the bike, just below the tank.

Two auxiliary lights have been mounted on the engine guard, one on each side. No changes have been reported to the powertrain of the bike. The RE Interceptor 650 is powered by a 648cc, air/oil-cooled, parallel-twin engine, which is capable of generating 47 bhp and 52 Nm of peak power and torque, respectively. The transmission duties are handled by a 6-speed sequential gearbox. 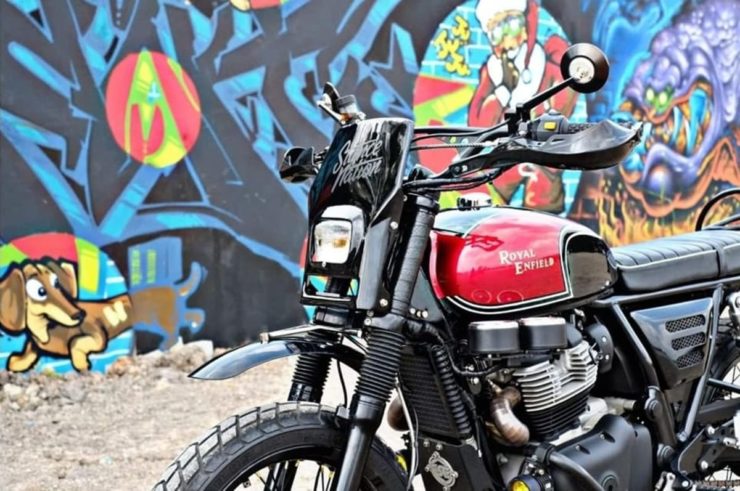