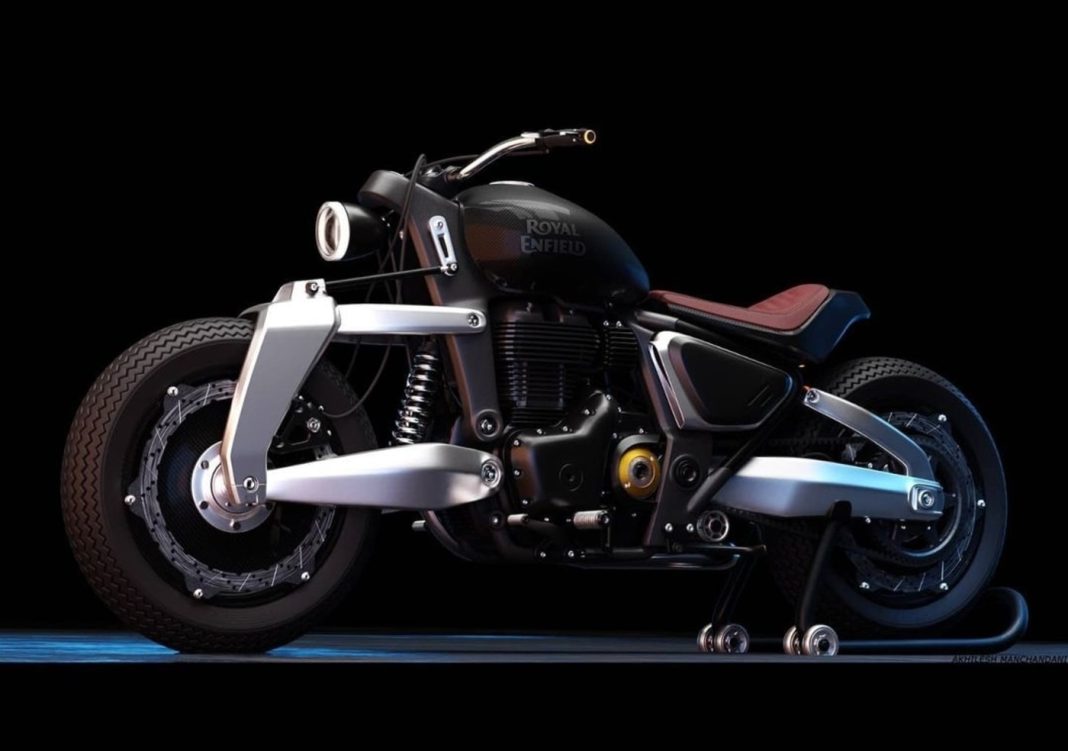 Royal Enfield Meteor 350 was launched in India just over a year ago. Based on the new ‘J’ platform, it was a massive leap forward for the brand. Not only was it way better than RE’s previous 350cc singles in terms of technology and comfort, but it had far superior quality as well.

Designer Akhilesh Manchandani recently shared a few pictures online, in which he reimagined the Meteor 350 as a futuristic bobber. Let’s take a closer look at all the design changes here. At the front, the bike gets a duo-lever suspension setup and a new steering system, which look attractive yet alien. The headlamp is sleeker than the stock unit, and the handlebar seems to be taller and closer to the seat.

Upon a close inspection, it looks like the fuel tank gets a carbon-fibre style paint finish. Of course, this being a bobber, we see a custom single seat here, and the entire tail section beyond that has been removed. The rear swingarm is custom-built as well, and it looks bigger and more muscular than the stock one. 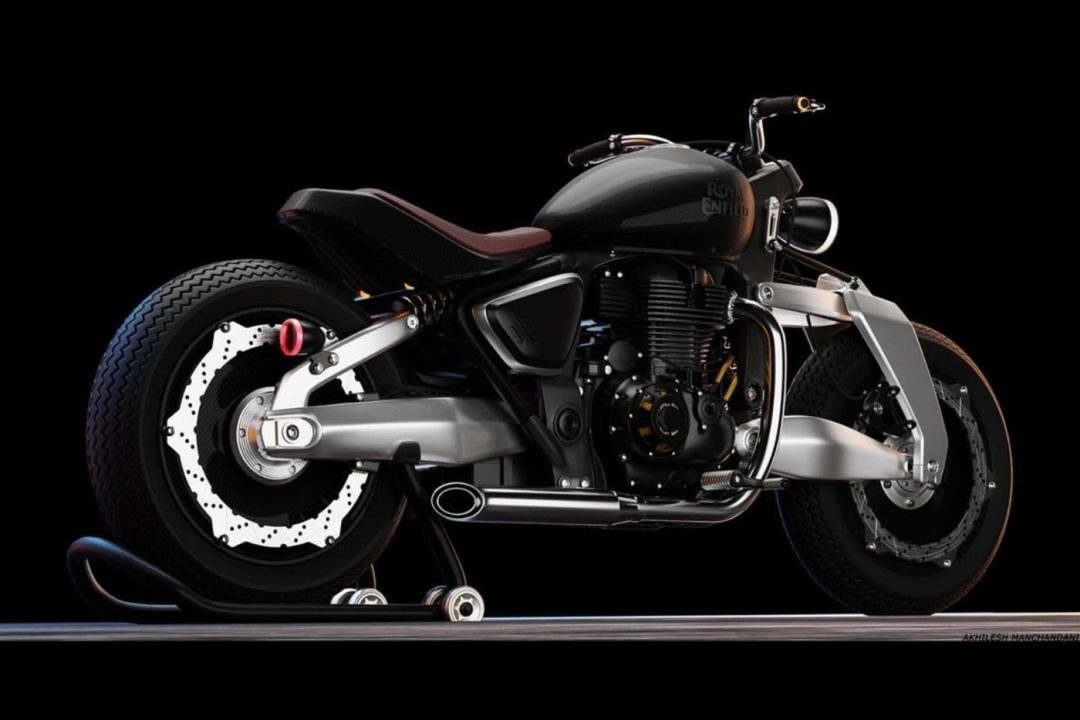 The side panels are also custom units, and they feature large integrated air vents. The cover for the fuel injector now gets cooling fins, matching it with the engine. The taillight is mounted on the right rear swingarm, which looks unique. Also, while the front telescopic shocker is clearly visible, the rear monoshock has been hidden behind the seat and side panels, giving the bike a soft-tail look. 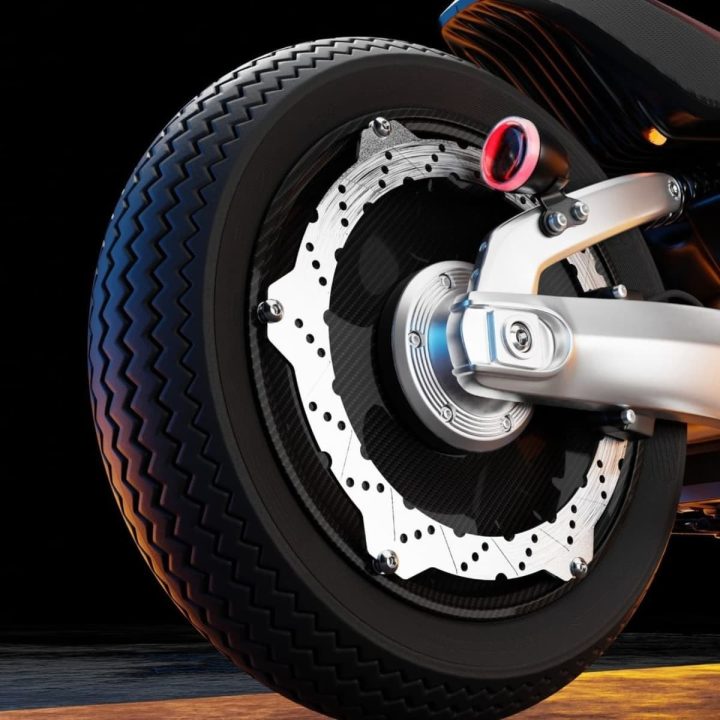 This is perhaps one of the boldest motorcycle concepts we’ve seen. Of course, this is just a digital model, but it would be great if someone turned this into a real motorcycle, wouldn’t it? That said, out in the real world, plenty of custom-built Royal Enfield motorcycles exist, and a lot of them have been featured on our website. If you’re curious, go and check them out!