This customised Tata Safari Storme features a lot of sporty mods on the exterior, while the interior has been given a premium makeover

Tata Safari is one of the most iconic SUVs in the Indian car market, and a lot of hearts were broken when the vehicle was discontinued back in 2019. Even though Tata has brought the ‘Safari’ back in a new avatar, fans of the original still prefer the older, body-on-frame model due to its rugged nature.

Although the old Tata Safari was an extremely handsome SUV, with plenty of old-school charm, there are a lot of people who take the aftermarket route to enhance its looks! Here, we have a modified Tata Safari Storme, from Assam, which has been extensively modified by DC Northeast. The pictures were shared online by the owner, Dr. Saurav Deori Bharali.

The exterior of this modified Tata Safari Storme features a lot of changes. The SUV gets a custom front grille, with honeycomb mesh, along with a new, rather flashy, front bumper. The chrome slat at the end of the bonnet has been replaced by a carbon fibre unit, and a hood scoop has been added as well. The front bumper also gets integrated LED DRLs, and a DC badge can be seen on the bottom right corner of the front grille. 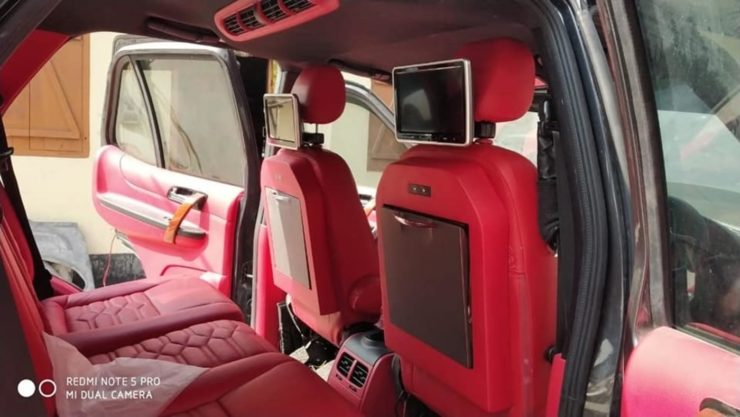 We also see blacked-out side steps and red guard strips just below the doors at the sides of the SUV. At the rear, the chrome strip on the tailgate has been replaced by a carbon fibre strip, and the Tata logo has been replaced by a DC badge. The rear bumper is custom as well, featuring a faux bash plate (finished in silver), flanked by a fake exhaust vent on either side.

The interior of the vehicle is also quite eye-catchy, featuring red leather upholstery. Behind both first row seats, an entertainment screen and a folding tray have been added. Faux wood has been used on the trays, as well as on the doors, to give the cabin an upmarket and premium feel. 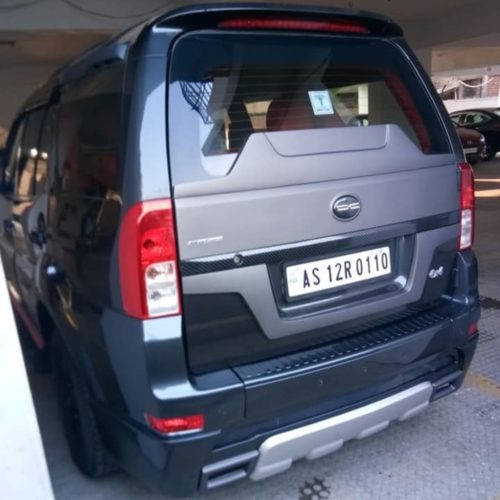 DC Design is perhaps one of the most famous car customisation brands in India. Its owner, Dilip Chhabria, has recently been in the news a lot, with allegations of car financing and forgery scams against him.