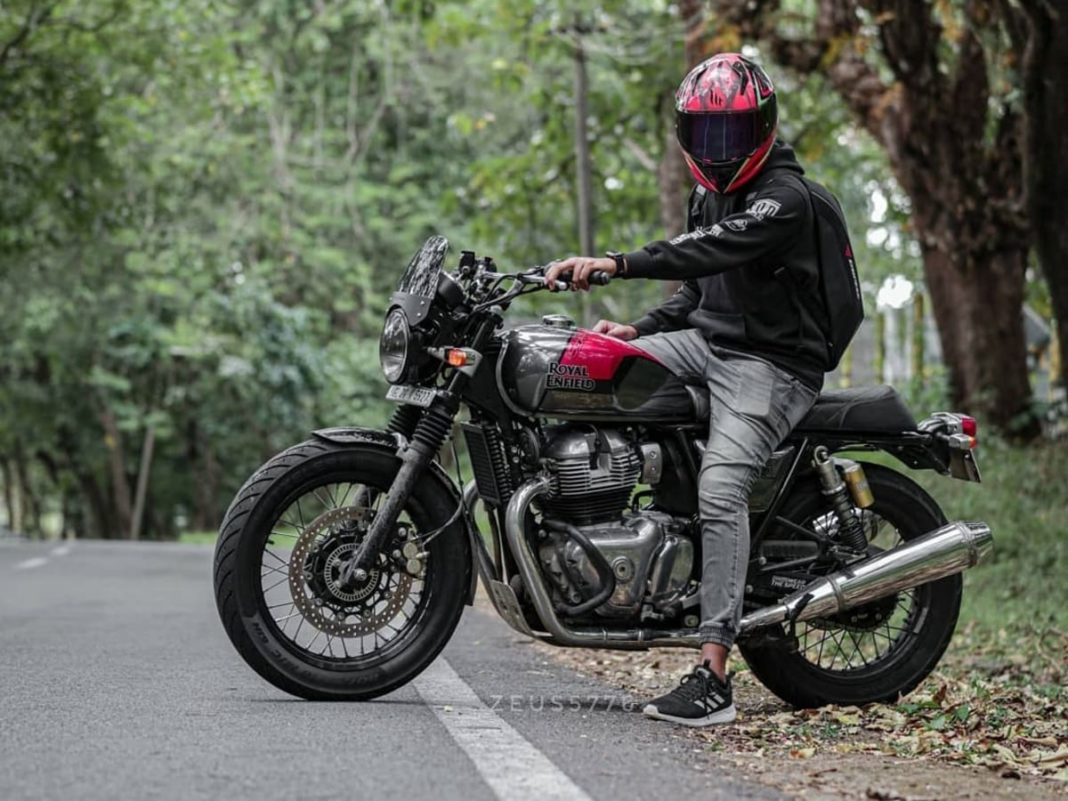 Here, we have a customised RE Interceptor 650, which sports a custom paint job and a few aftermarket parts

Automobile enthusiasts in India love to customise their vehicles, don’t they? We’ve seen plenty of modified examples of cars and motorcycles here, with the latter being dominated by Royal Enfield motorcycles. Here, we have another customised Royal Enfield, an Interceptor 650, which gets plenty of aesthetic upgrades.

Affectionately called ‘Athena’ by its owner, Gokul Sahi, this modified Interceptor 650 looks absolutely gorgeous. At the front end, we see an aftermarket LED headlamp, along with a blacked-out visor and a pair of fork gators. The instrument cluster, switchgear, and handlebar remain stock, although the handgrips are new. The fuel tank is also stock but gets a custom paint job, sporting grey, red and black.

A bash plate has been added at the bottom, to protect the engine. The centre panels on both sides have been painted grey, and sport the name ‘ATHENA’ on them in vinyl. The wheels also remain stock, along with the seat, exhaust, taillights, and turn indicators. As modifications go, this is quite a simple one, yet the beauty of the motorcycle is greatly enhanced. 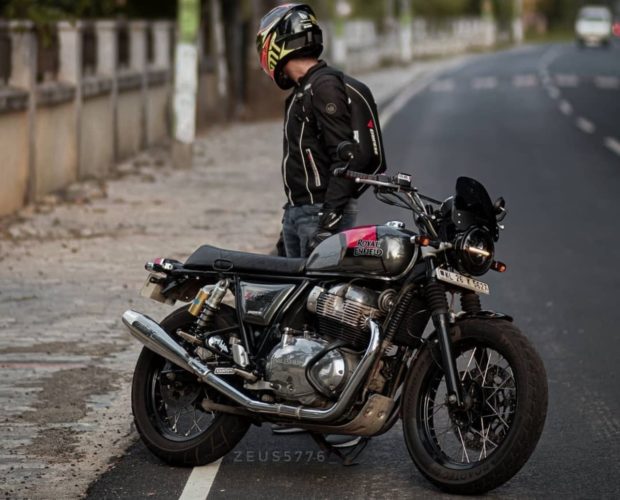 Mechanically, the motorcycle remains unchanged. It is powered by a 348cc, air/oil-cooled, parallel-twin engine, which generates a peak power of 47.65 PS and a maximum torque of 52 Nm. It is paired to a 6-speed sequential gearbox, with slipper clutch available as standard. The wheels on both ends are 18-inch spoked units, shod with 100/90 tyre at the front and 130/70 tyre at the rear. 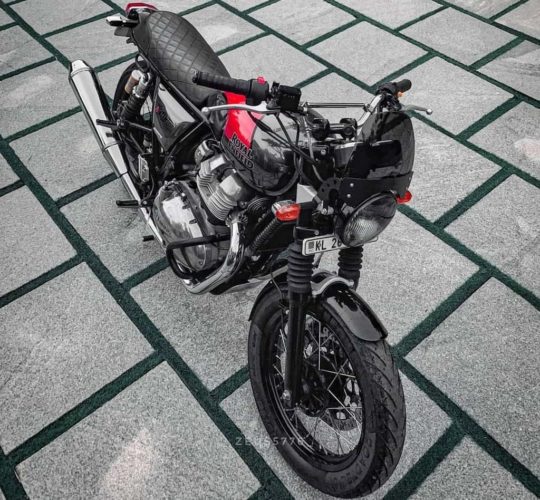 Royal Interceptor 650 is currently priced from Rs. 2.66 lakh to Rs. 2.87 lakh (ex-showroom, New Delhi). The company is currently working on a slew of new motorcycles for the Indian market, including a new 650cc cruiser, which will use the same engine as the Interceptor 650 and Continental GT650. Apart from that, the next-gen Classic 350 is due for launch, expected by mid-2021.