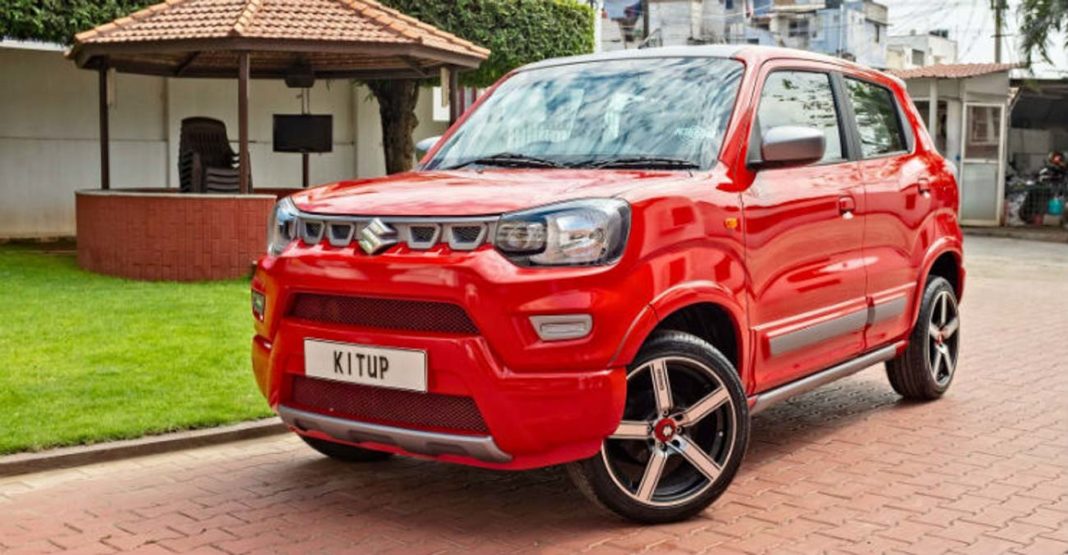 While the Maruti S-Presso is available only with steel rims and black plastic cladding on the bumpers, this modified example gets stylish alloy wheels and a different paint scheme

Launched earlier this year, the Maruti S-Presso has been pretty quick with impressing everyone with its frugal yet peppy engine, spacious cabin and a decidedly mini SUV look. What also works in favour of this small car is its mini SUV look which not only makes it look bolder than the Alto twins, but even helps it take on the bad roads due a pretty high ground clearance.

While many have called the S-Presso a mini-Brezza, one simply can’t shy away from the fact that the latest small car from the country’s biggest carmaker is a budget-end offering and misses out on several features that the compact SUV offers. One such feature is alloy wheels, which aren’t on offer even on the top-end trim.

However, seen on this page are pics of a modified Maruti S-Presso that sports stylish five-spoke alloy wheels. Also, unlike the stock car, which gets black plastic cladding at lower sections, this vehicle gets a more premium look due to fully-painted bumpers and silver accents that can be found on the grille, bumpers, side skirts, rub strips, tailgate and spoiler. 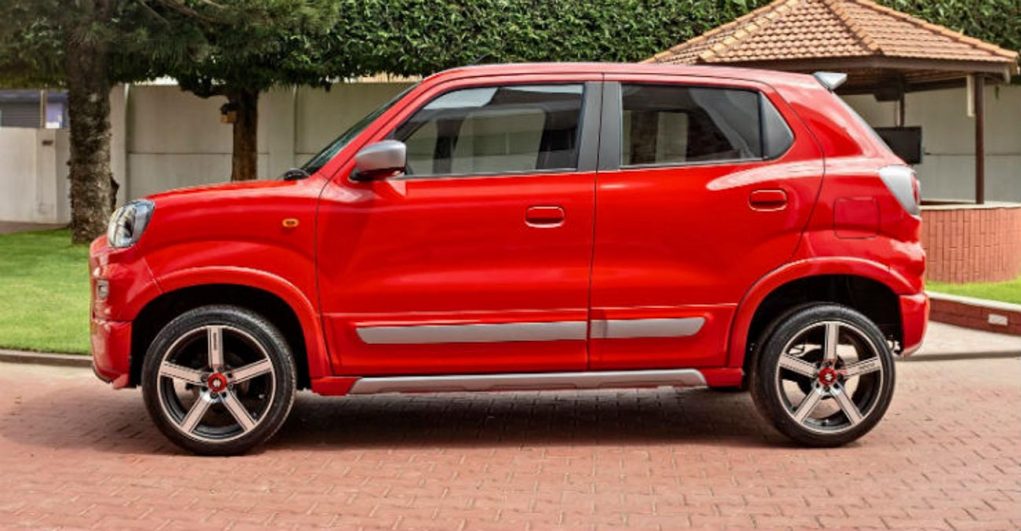 Also, the grille gets wire mesh treatment in the hollow spaces in between. Even the air dam on the bumper gets wire mesh grille, albeit in a body colour. The front bumper also gets a new skid plate to help this modified Maruti S-Presso look bolder when viewed front on. Other chances include new skid plates for the side skirts, a new insert for the tailgate and masks for the taillights.

The rear roof spoiler is also new. Also, the five-spoke alloy wheels are 15-inch units, which is a size bigger than the 14-inch steel rims that come from the factory. These also increase the ride height of the vehicle by a small extent. All these updates come together pretty well to give this modified Maruti S-Presso a decidedly cooler look. 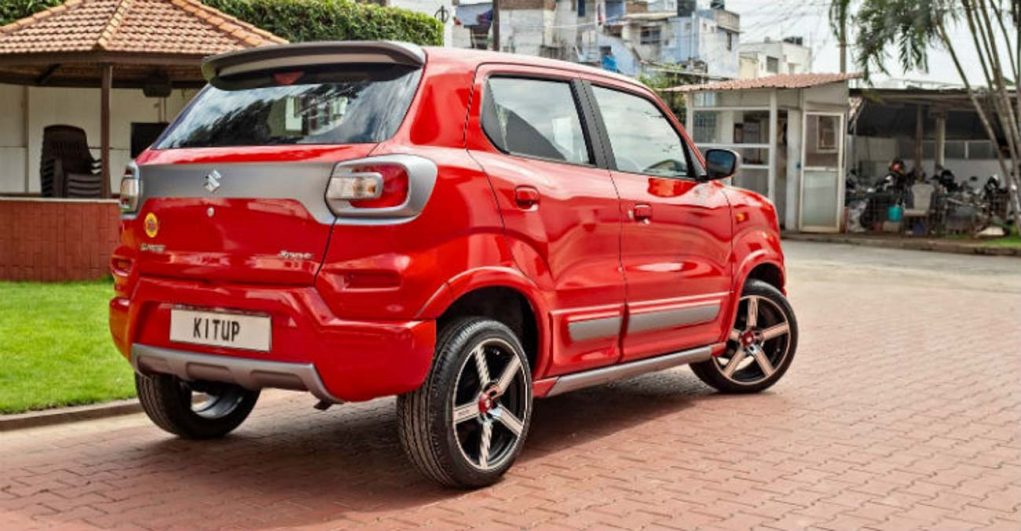 In all likelihood, this Maruti S-Presso is devoid of any sort of performance upgrade. The budget hatchback comes equipped with a 1.0-litre three-cylinder petrol engine that outputs a maximum power of 67 hp and a peak torque of 90 Nm. The small car has an ARAI-rated mileage of 21.7 kmpl.

At the moment, the price of this modification job isn’t known but our estimate is that such a modification would cost anywhere between Rs 30,000 to 50,000. KITUP, the customizers of this modified Maruti S-Presso, have been in the limelight in the past for their modified versions of the Dzire, Ertiga and HM Ambassador.