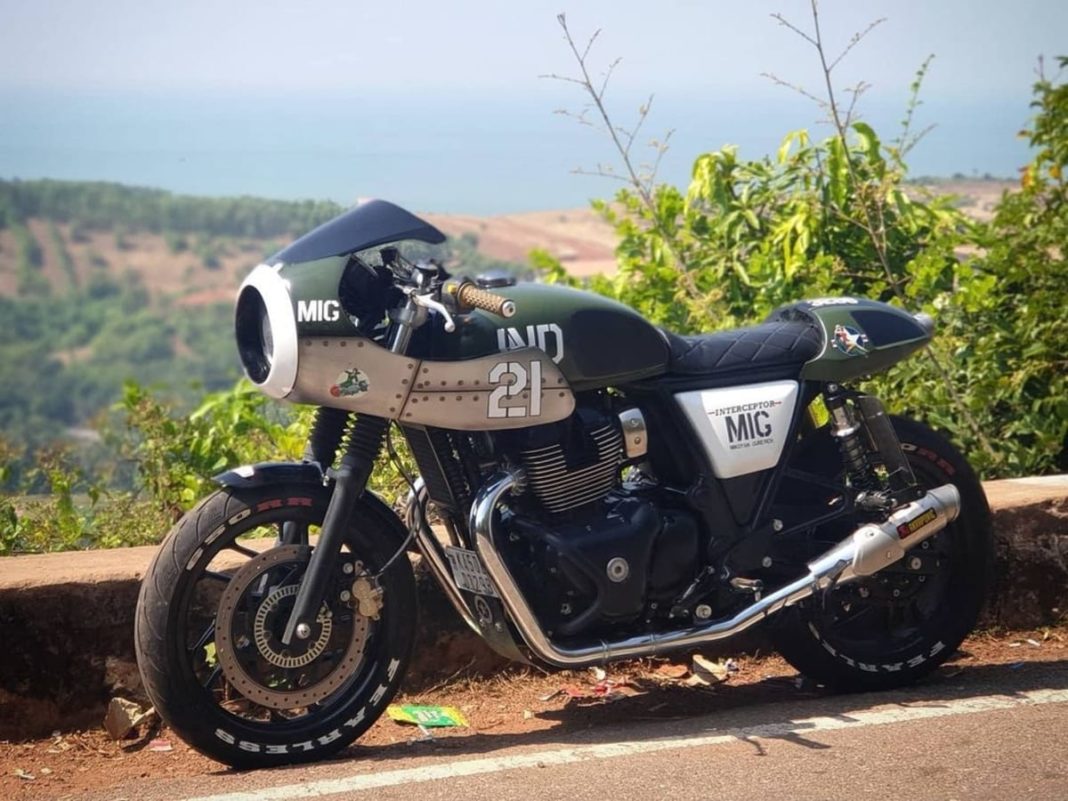 Here, we have a modified RE Interceptor 650, built by Bulleteer Customs, which takes design inspiration from MiG-21 jet fighter

Automobile enthusiasts in India love to modify their vehicles, be it a simple personalisation or an extensive custom build. We’ve seen plenty of customised cars and motorcycles over the years, some of which look absolutely beautiful. Here, we have another such magnificent project – a modified Royal Enfield Interceptor 650.

Built by Bulleteer Customs, this Interceptor 650 draws design inspiration from MiG-21 supersonic fighter jet, and has been named ‘Fearless 650’. The motorcycle gets a custom half fairing at the front, with panels and rivets drawn on its left side. On the right side of the fairing, the bike gets a multi-strip paint job. A smoked windscreen has been added, along with a full-LED headlamp, which sits in a jet turbine intake-style housing.

The left side of the fuel tank gets a green paint job and an ‘IND’ sticker, for India. It should be noted that India is the largest operator of the Russian MiG-21. The left side of the tank, however, has been painted silver. The tail section mirrors the paint job of the fairing, on both sides, and a custom taillight has been added, which is shaped like a jet exhaust. 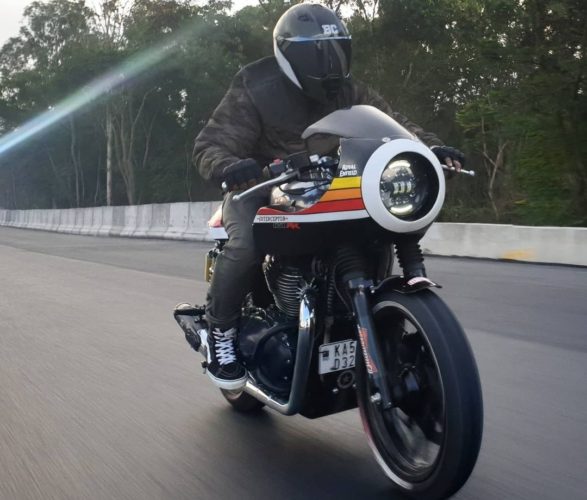 There are tiny pin-up posters as well, on the fairing and tail. The bike now gets 17-inch alloy wheels on both ends, and the tyres have the bike’s name branded on them. It also gets Akrapovic exhausts, and the engine has been blacked-out for better aesthetics. The front forks get seal protectors, although the rear suspension continues to sport the stock golden colour.

The front numberplate is now mounted below the oil-cooler. Other changes to the bike include a new pair of clip-on handlebars and revised sprocket ratio. The gearbox itself remains unchanged though, as does the engine. The MiG-inspired styling gives this retro-themed bike a cool aura, which we love. 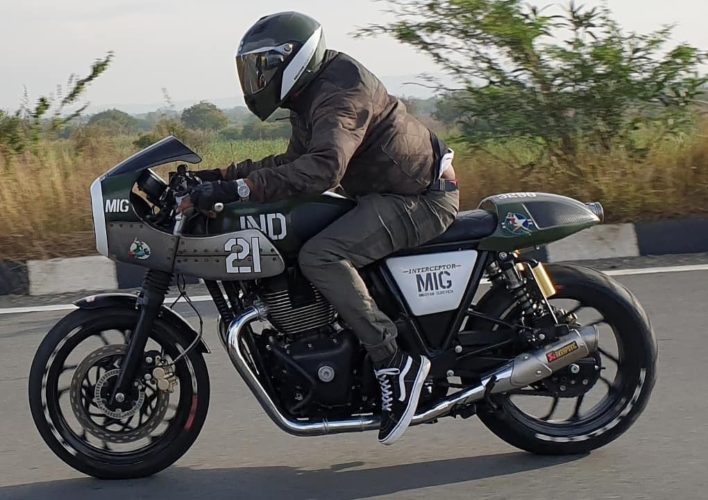 Royal Enfield Interceptor 650 is powered by a 648cc, oil/air-cooled, parallel-twin engine, which can develop a peak power of 47.65 PS and 52 Nm. This motor comes paired to a 6-speed sequential gearbox, with slipper clutch available as a standard fitment. The motorcycle is currently priced from Rs. 2.66 lakh to Rs. 2.87 lakh (ex-showroom, New Delhi) in the Indian market.