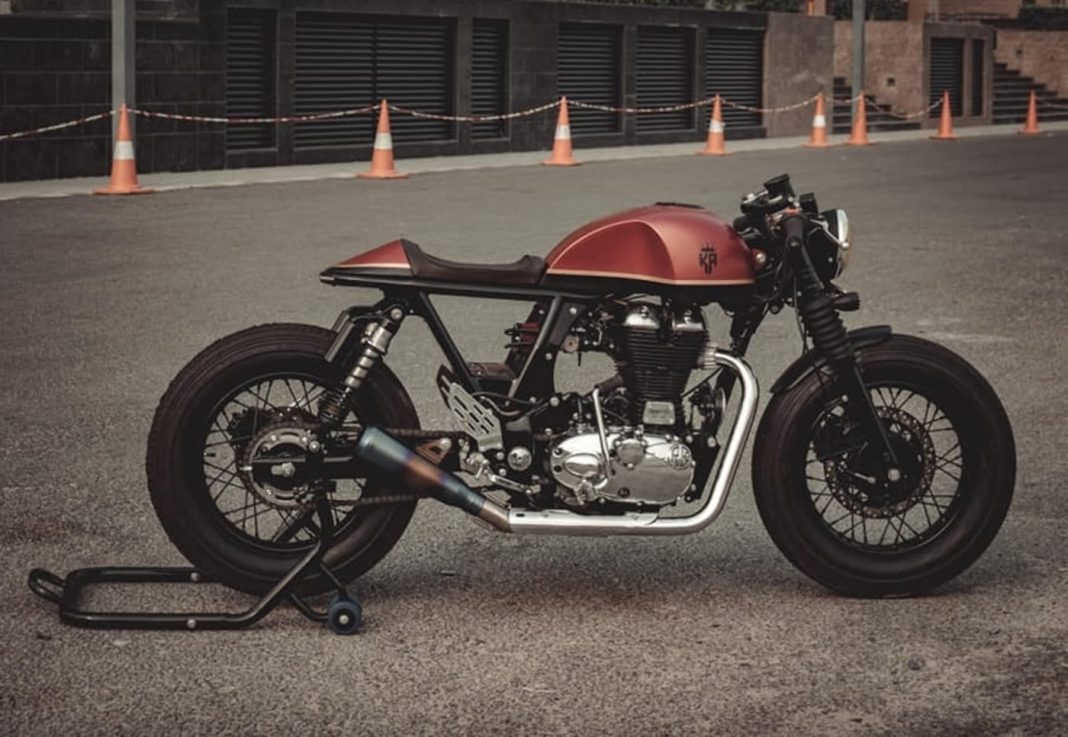 Royal Enfield Classic 350 is the brand’s most popular model in the Indian market. Thanks to its retro-inspired design and thumpy engine, it is loved by motorcycle enthusiasts across the country. Most of these enthusiasts love customisation as well, and we’ve seen plenty of modified Classic 350s over the years.

Here, we bring you another custom-built RE Classic 350, which has been masterfully transformed into a cafe racer. Built by Neev Motorcycles and re-christened ‘Ka’, this custom bike features plenty of extensive changes to its design. At the front, we see a new headlamp with a chrome-plated rim. The front fender is tiny, and a pair of aftermarket fork gators have been installed here.

The fuel tank is custom-built, featuring a beautiful paint job, consisting of pink and black separated by a golden stripe. It also gets a custom logo, featuring the name ‘Ka’, along with a blacked-out fuel lid. The motorcycle also gets a custom single seat, with a tiny racing-style cowl behind it. The bike’s frame has been shortened at the tail end, and a custom LED taillight has been installed here. 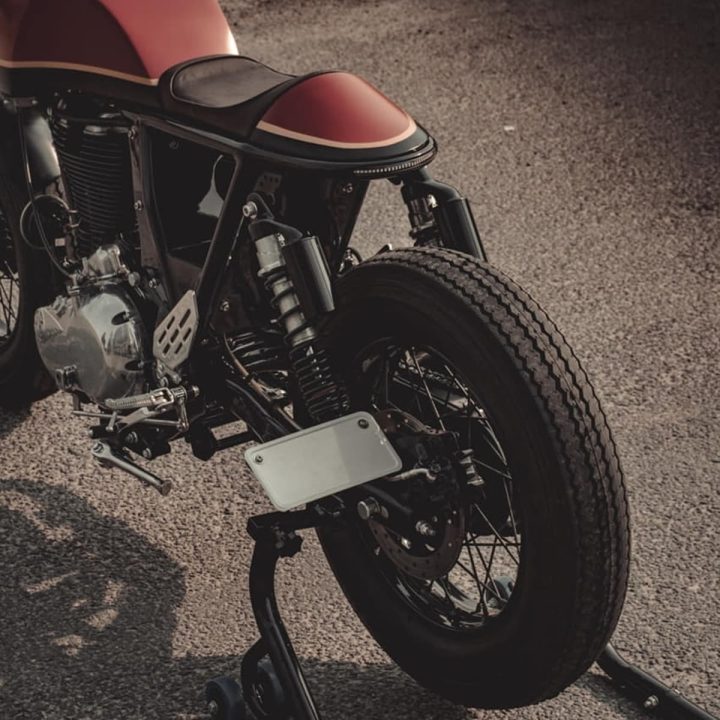 The side panels have been removed, which exposes the aftermarket air filter, along with giving the bike a see-through look. The engine assembly has been partially blacked-out, and we also see a custom exhaust here. The motorcycle also gets a pair of balloon-type tyres, shod on blacked-out wire-spoked wheels.

The riding ergonomics have been altered to be sportier. The footpegs are rear set, paired with heel plates, and the stock handlebar has been replaced by a set of clip-ons. The instrument console is custom as well, and the turn indicators are aftermarket as well. Also, the rear numberplate holder has been installed on the right swingarm. 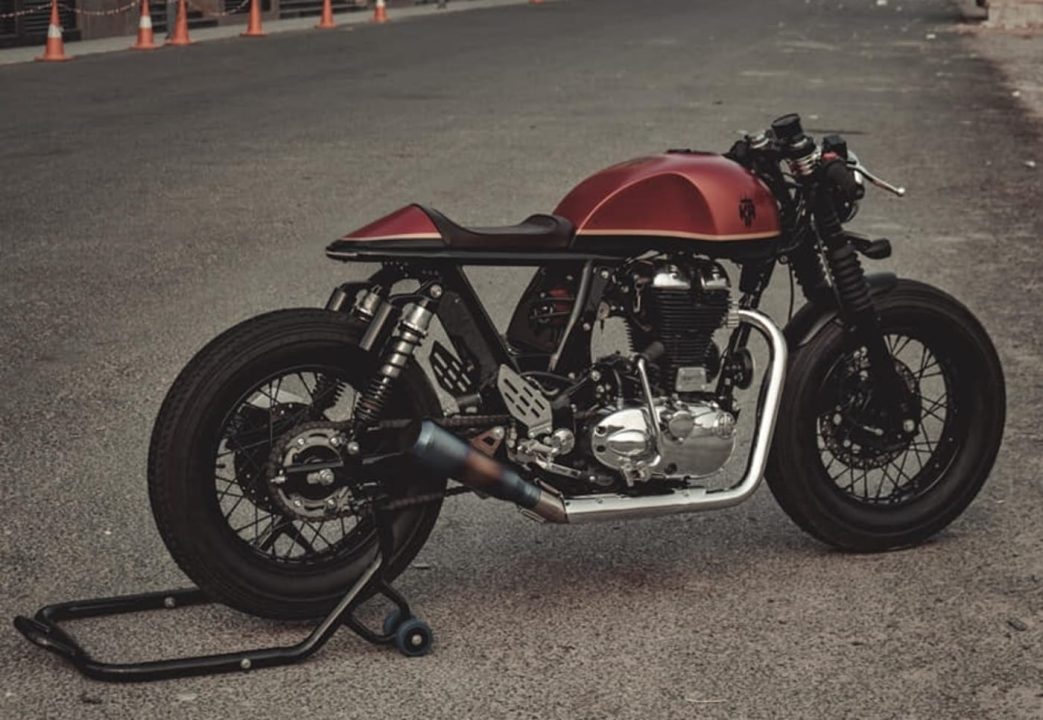 This particular model is the previous-gen Classic 350, which underwent a generation change a few months back. The current-gen version follows the same design philosophy as the older versions, but is a thoroughly modern package with lots of features and accessories on offer. The engine refinement, which has always been a controversial issue with Royal Enfield motorcycles, has been improved a lot as well, although the signature thump has been muted in exchange on the stock motorcycle.