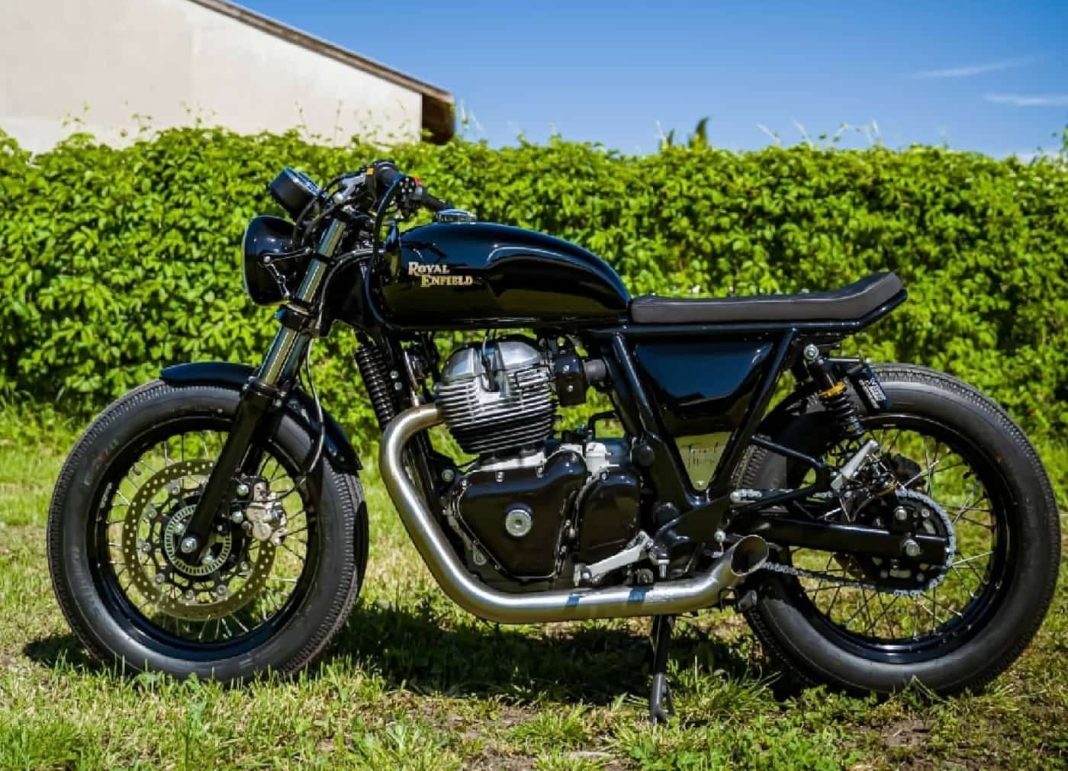 Royal Enfield is the king of the motorcycle customisation scene in India. Thanks to the brilliant aftermarket support available for its bikes, it is extremely easy and tempting to buy one and get it customised. Lately, the brand has been trying to capture the customisation scene overseas as well, and plenty of modified Royal Enfield motorcycles from other countries have been popping up online.

This here is one such custom-built model, by French Moto Shop (@frenchmotoshop), which looks absolutely ravishing. Let’s take a closer look at the motorcycle, starting at the front. We see custom mounts for the headlamp, along with a pair of bar-end mirrors. The motorcycle’s frame has been altered at the tail end, shortened and bent upwards, and there is no rear fender in sight.

A custom single-piece seat has been installed on the bike, which features diamond pattern stitching and a tiny French flag stitch-branded at the end. The side panels feature a custom gold-finished plate with “French Monkeys” branded on it. The rear shockers are aftermarket units and their black colour matches the gloss paint job of the motorcycle. 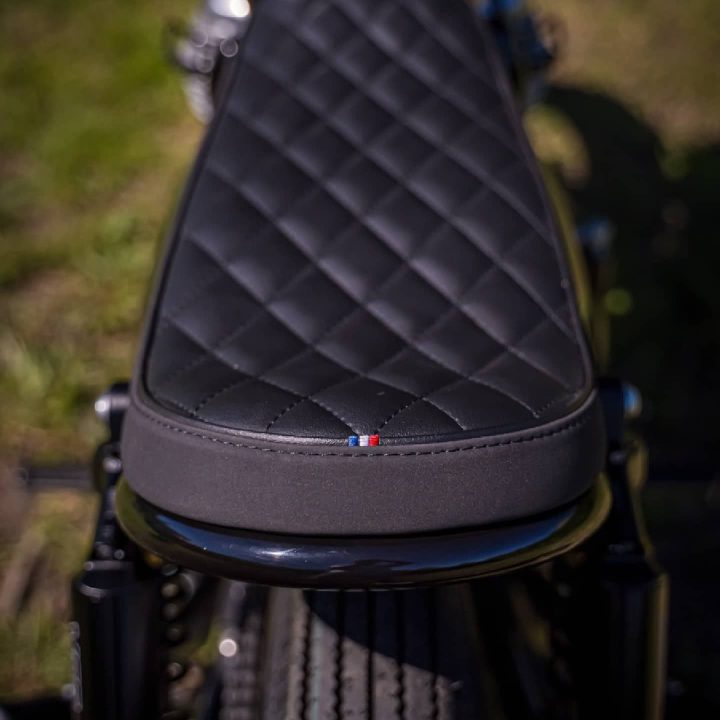 The crank cover and gearbox covers have been painted gloss black as well, while the golden Royal Enfield branding on the gloss black fuel tank stands out beautifully. The manufacturer’s name is branded in golden letters on the right-side crank cover as well. The exhaust system consists of a pair of custom straight pipes, and we’re pretty sure those must have an extremely loud and burly sound!

The motorcycle also gets a pair of balloon-style tyres, which look great on the blacked-out wire-spoke wheels. The overall design looks brilliant, and we’re utterly impressed by the craftsmanship here. No changes were reported to the engine alongside the shared pictures; apart from the obvious exhaust change, the powertrain is likely unchanged. 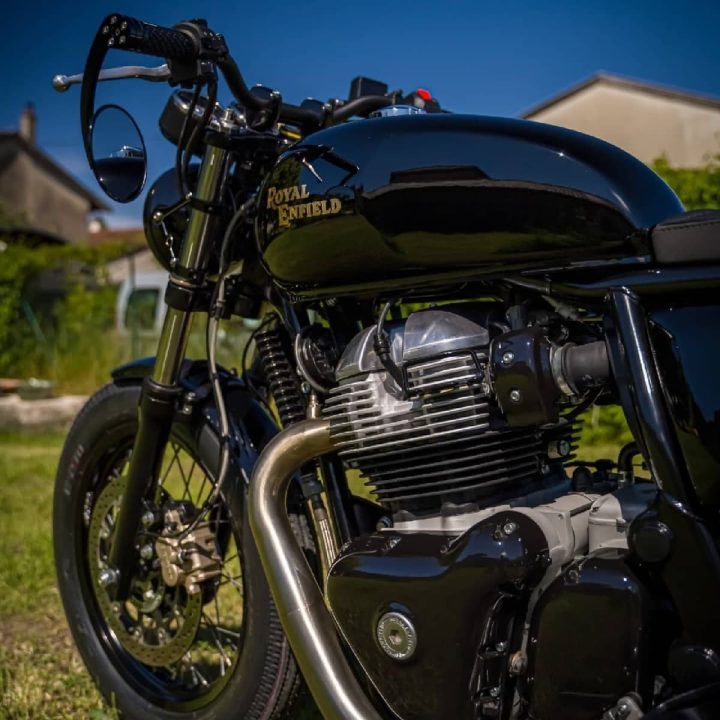 A stock Royal Enfield Interceptor 650 is powered by a 648cc, air/oil-cooled, parallel-twin mill, which generates 47.65 PS and 52 Nm of peak power and torque, respectively. The engine comes mated to a 6-speed sequential transmission, and a slipper clutch is available as standard here.