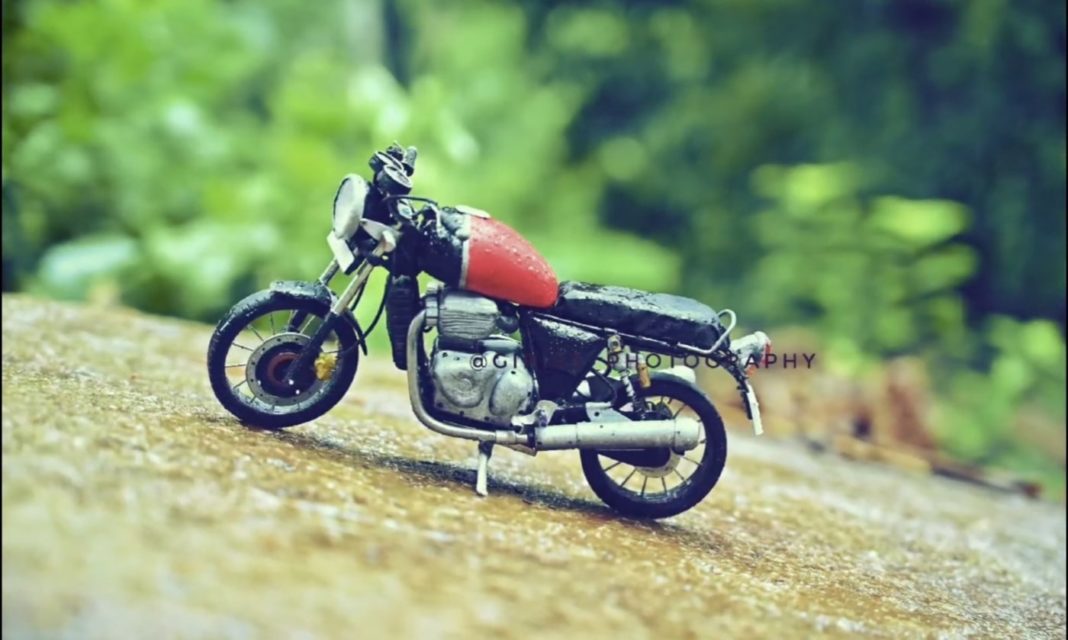 This handmade Royal Enfield Interceptor 650 scale model is the cutest we’ve ever seen, and it even has working suspension!

Royal Enfield enjoys a cult following in India, with fans treating its motorcycles like pieces of art rather than machines. We’ve seen plenty of exquisite-looking modified RE motorcycles, but here, we have something different – a homemade miniature Royal Enfield!

This scale model was prepared by Girish Acharya, and he also uploaded a video of the bike on his YouTube channel to show it off. The video walks us through the build in an extremely brief manner, starting with the tiny wheels. After that, the frame of the scale model was created next, followed by the crankcase and the single-piece seat.

We also see that the seat cover has been stitched together by the creator himself. The engine replica looks extremely cute, and there is a lot of attention paid to the details, like the shape of the crankcase, the gearbox casing, and the engine head. The miniature model also features working suspension, for the front forks as well as the rear shocks.

After that, other mini faux-parts are added, like a radiator, a round headlamp, high handlebars, and dual disc brakes (one on each wheel). The tiny replica motorcycle also adds a pair of round instrument pods, fake gas canisters on the rear shocks, and a brilliant-looking dual-exhaust system. The creator has also added tread patterns on the tyres, along with fake brake callipers, brake line, clutch wire, brake light, turn-indicators, handlebar grips, and lever.

The engine on this mini-model also sports cooling fins, just like on the original one, and it even has a pillion grabrail, a tank-lid, and a working side-stand. The motorcycle sports the ‘Ravishing Red’ paint scheme, which is a dual-tone red and black colour. Needless to say, even though it has a lot of rough edges, we’re extremely impressed by this build. 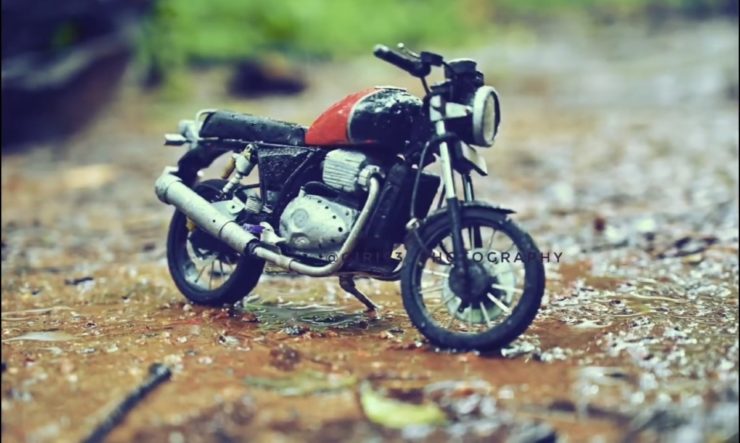 As for the life-sized Royal Enfield Interceptor, it is powered by a 648cc parallel-twin engine, which generates 47.65 PS and 52 Nm. This powerplant comes paired to a 6-speed gearbox with slipper clutch available as standard. The motorcycle is priced from Rs. 2.64 lakh to Rs. 2.85 lakh (ex-showroom, New Delhi).