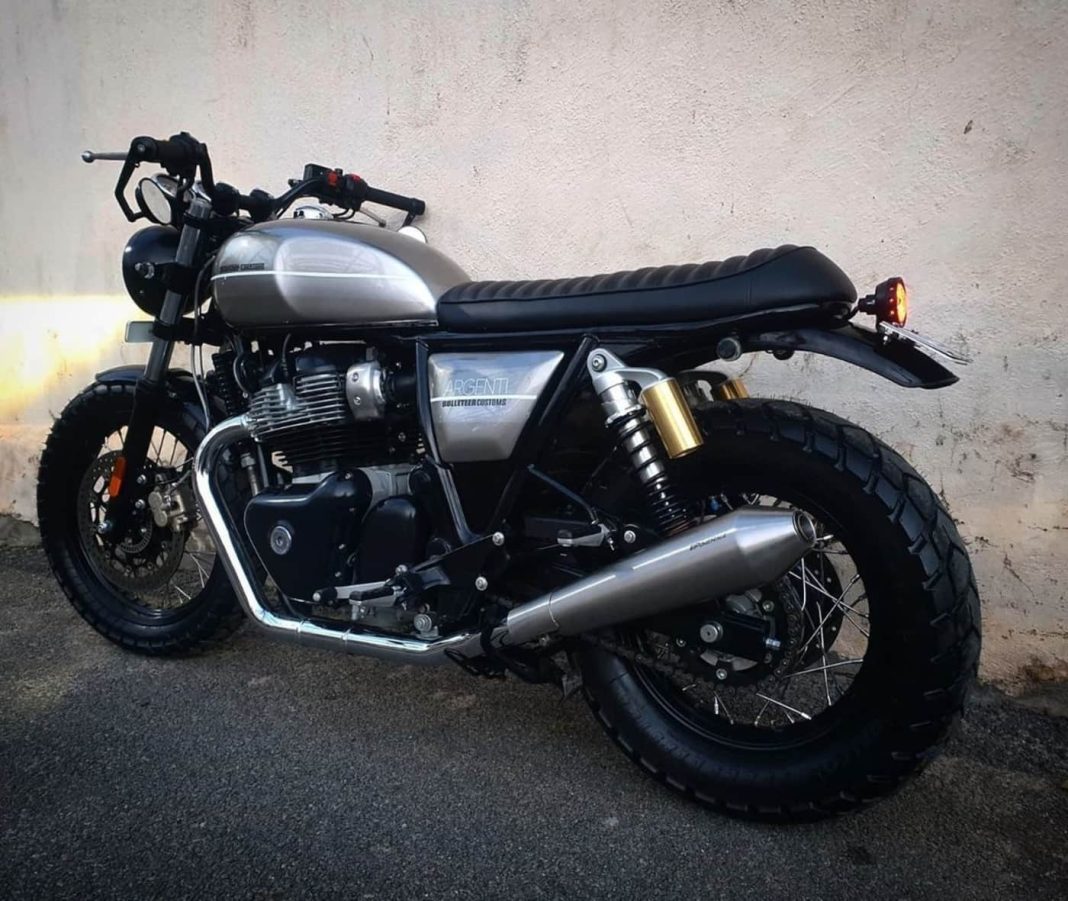 Back in 2018, Royal Enfield first launched the Interceptor 650 and Continental GT650 in India. Often referred to as the ‘RE 650 twins’, the two motorcycles quickly became the best-selling 500+cc models in our market, thanks mainly to their competitive pricing. Of course, like all other RE motorcycles, the 650 twins are extremely popular in the customisation circle as well.

We’ve seen plenty of modified Royal Enfield motorcycles over the years, many of which were extremely pretty project builds. Here, we have another, based on an Interceptor 650. Built by Bulleteer Customs, this motorcycle has been nicknamed ‘Argenti 650’. This particular model features a few subtle but effective mods, which help enhance the visual appeal of the motorcycle by a fair margin.

At the front, the bike gets an aftermarket LED headlight and a short fender. The stock rear-view mirrors have been replaced by a pair of bar-end mirrors. The fuel tank and side panels feature a beautiful hyper-silver paint scheme, with ‘Bulleteer Customs’ branding and a light silver stripe running longitudinally along the sides. 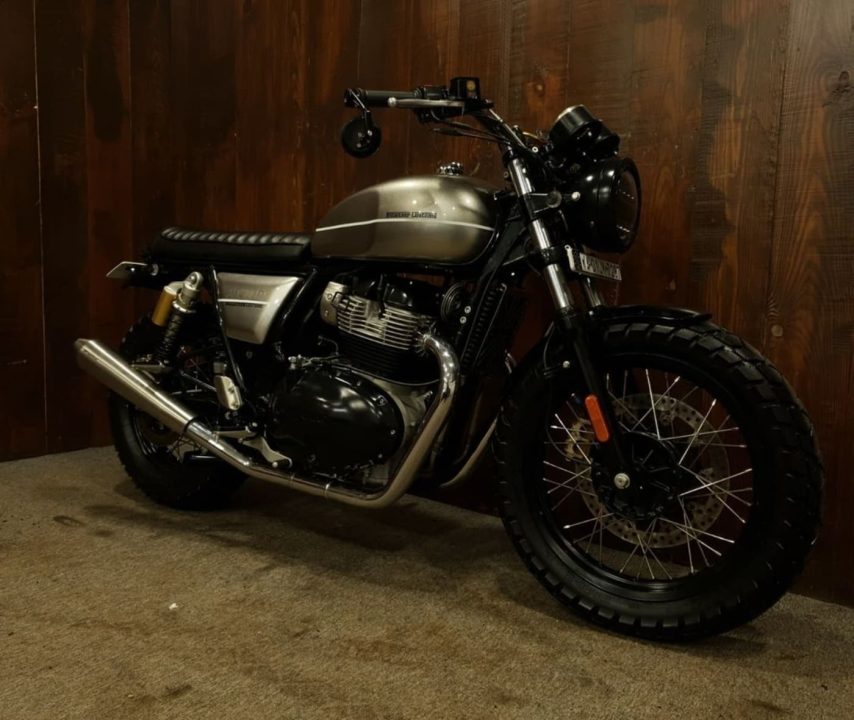 The engine and gearbox assembly have been finished in black, but partially, and the oil-cooler gets an aftermarket Union Jack-style radiator cover. The motorcycle’s frame has been chopped short at the tail section, with a custom fender (along with a custom numberplate holder) and an aftermarket taillight installed for a cleaner overall design.

The bike also gets a set of aftermarket LED turn-indicators, at the front as well as the back. The stock wheels have been replaced with custom ones, which are also wire-spoked units. These are shod with dual-purpose Ralco tyres, which offer good grip both on and off the road. The bike also gets a pair of PoweRage Performance exhaust. 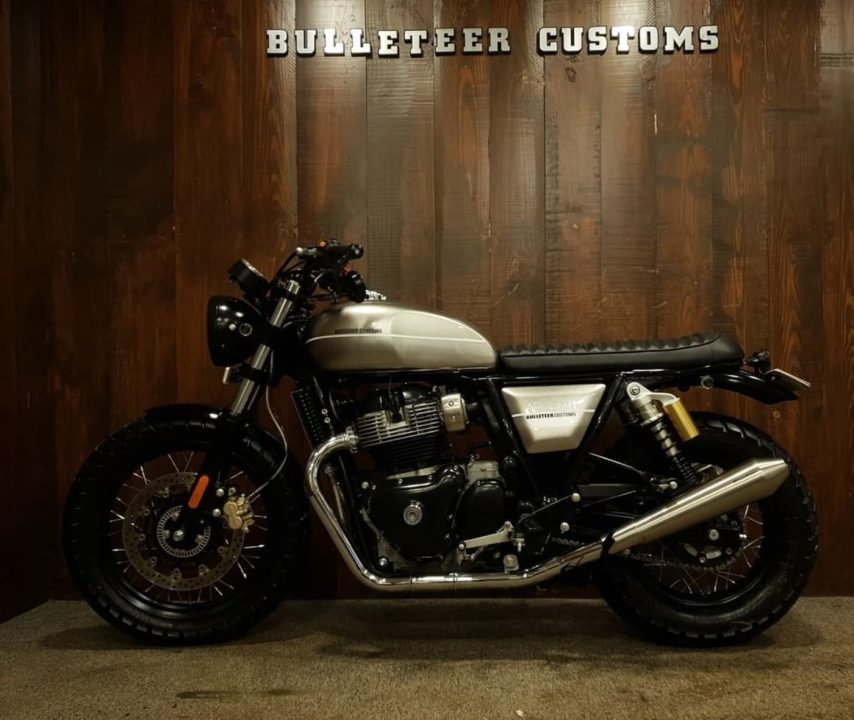 Apart from the new exhausts, no changes to the powertrain have been reported here. RE Interceptor 650 draws power from a 648cc, air/oil-cooled, parallel-twin engine, which generates 47.65 PS and 52 Nm. This motor comes mated to a 6-speed gearbox, with a slipper clutch offered as standard.