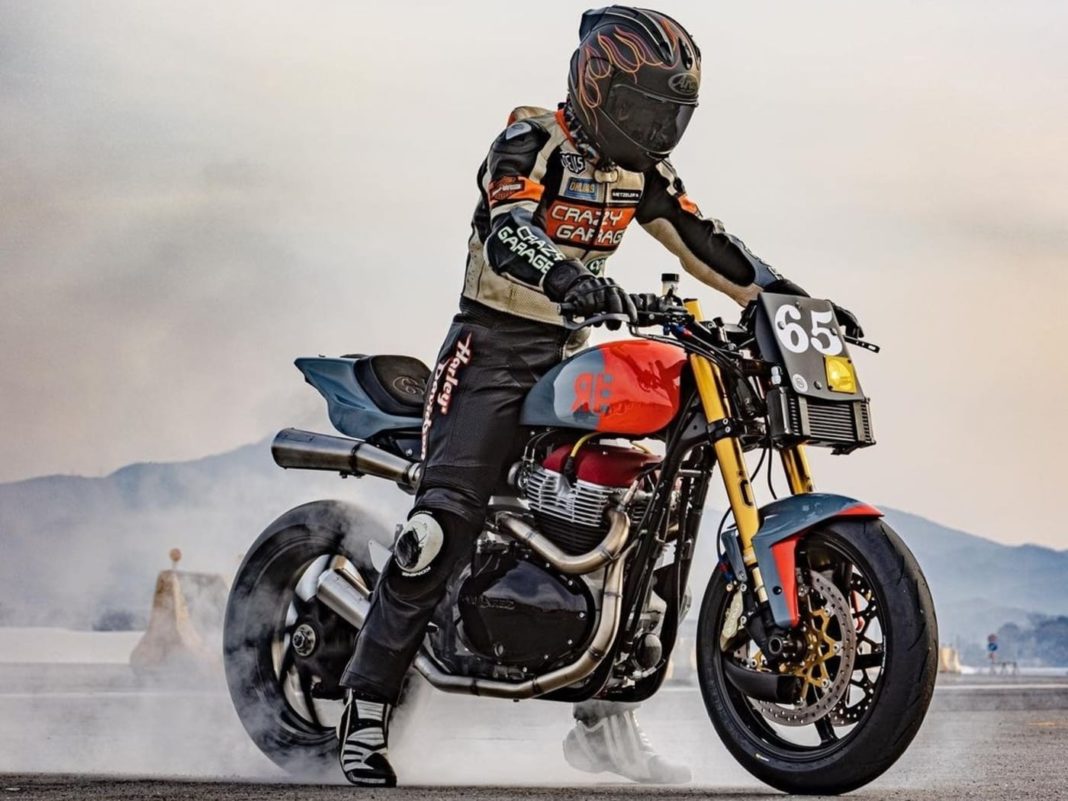 Here, we have a retro-style racebike, based on a Royal Enfield Continental GT 650, built by South Korea-based Crazy Garage

Royal Enfield motorcycles are quite popular among custom-builders, not just in India, but overseas as well. The Chennai-based manufacturer is aware of the fact, and sometimes, it officially commissions a few custom builds, like the one we have here. This particular model, dubbed ‘GT 650 RS’, has been built by Crazy Garage of South Korea.

Kim Chi-hyun, the founder of Crazy Garage, is renowned for his custom motorcycles, and it’s easy to see why. The design of this modified Royal Enfield is inspired by AMA superbikes of the ’80s, and the motorcycle has the go to match the show. The engine gets new high-compression pistons, cam, and clutch, all from S&S Cycle.

A Dynojet Power commander, with Autotune, has been added to the bike. The motorcycle also gets a quick-action throttle, along with switchable ignition maps. The oil-cooler is now mounted on the front forks, below the front cowl. The airbox, EVAP, and air pulse valve have been removed from the bike.

The suspension system consists of Öhlins custom 43 USD front forks, and Öhlins TTX rear monoshock. We also see a single-sided swingarm at the rear, which looks extremely cool. The motorcycle now gets a twin-disc braking setup on the front wheel, with rotors, callipers, and master cylinder from Brembo. To keep the brakes cool, custom carbon fibre ducts have been added.

ABS and other complicated electronics have been removed. The motorcycle sports 17-inch Marchesini wheels with Metzeler Racetec RR tyres. The instrument cluster is custom as well, featuring a STACK racing tachometer, and a Yoshimura digital temperature meter. The headlamp is a halogen unit, while the taillight is LED. 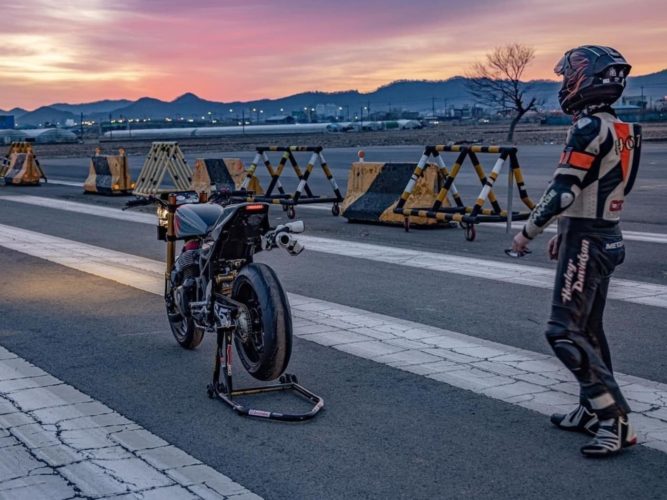 The fuel tank seen in the images is fake, with the actual tank placed below the custom tailpiece! The red-and-grey paint job, along with the blacked-out frame, looks lovely on this Royal Enfield Continental GT650. Interestingly, this isn’t just a show bike, but an actual racing motorcycle. With this custom bike, Kim will be taking part in a time trial event at Korea International Circuit this year, named Retro Racer Trophy 2021, which he’s organising himself.