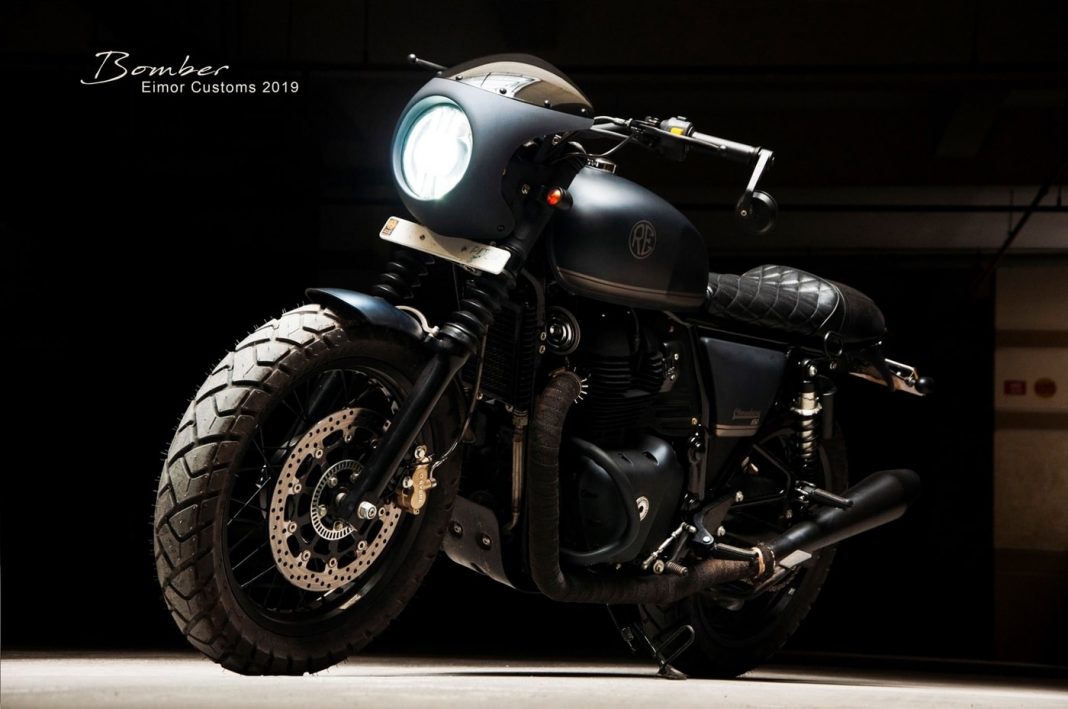 Here, we have a modified Royal Enfield Interceptor 650, built by EIMOR customs, which has been masterfully crafted into an aggressive cafe racer

Royal Enfield motorcycles are perhaps the most popular choice for custom bike projects in India. Plenty of workshops across the country specialise in modifying RE bikes, and we’ve seen plenty of custom-built examples over the years, some of which featured truly beautiful craftsmanship. Recently, we came across another modified Royal Enfield, which impressed us with its aggressive overall design.

This here is a modified Royal Enfield Interceptor 650, built by Hyderabad-based EIMOR customs. The motorcycle has been styled as an aggressive-looking but relatively comfortable cafe racer, and has been nicknamed ‘Bomber’. The bike features plenty of changes, which we shall go through in brief here. At the front, we see a custom LED headlamp, along with a new headlamp cowl featuring a tiny windscreen.

The handlebar sports bar-end mirrors, and we also see a new single-piece seat here. The frame at the tail section has been shortened, and a new rear fender has been installed. An aftermarket taillight has been added here, and the bike also gets custom turn indicators. Other than that, the motorcycle now also gets new metal side panels. 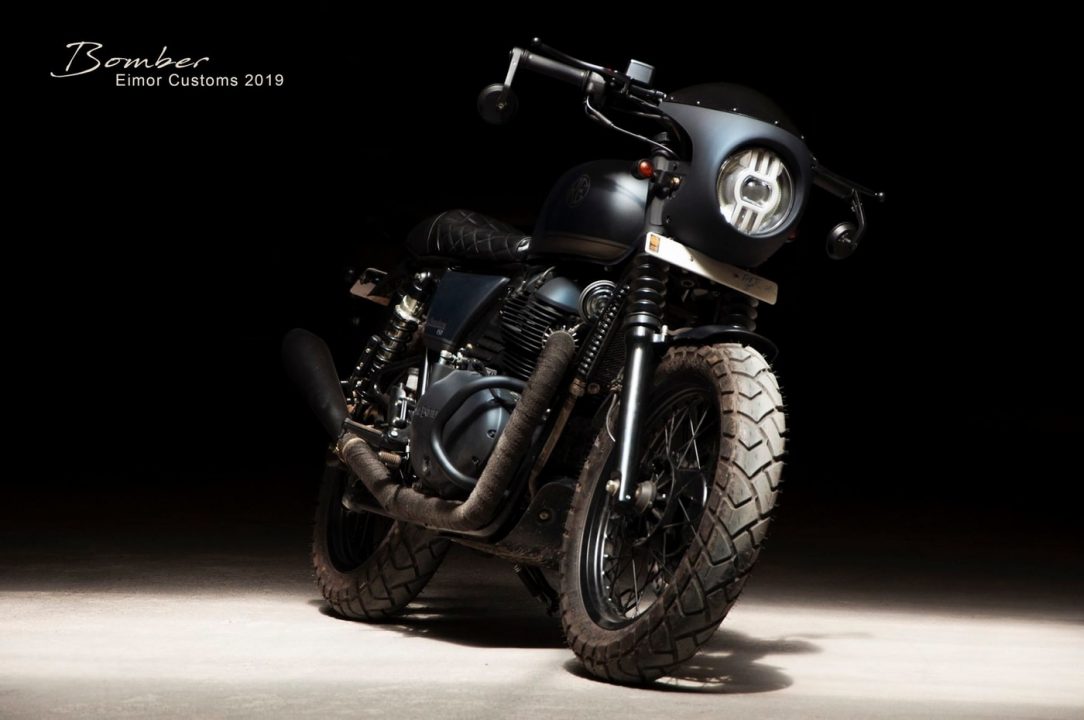 The paint job of this custom Royal Enfield Interceptor is also quite nice, featuring two shades of black – solid black and metallic black. There are a few details worth noticing here, like the custom RE logos on the tank and the pinstripes on the tank and side panels. The bike also gets new block pattern tyres that look rugged.

The engine assembly has been blacked out as well, and this custom Interceptor 650 gets a pair of aftermarket stainless steel exhausts, also in black. The exhaust pipes have been wrapped in insulated cloth, which gives it an earthy aesthetic. No changes have been reported to the engine except for the new exhaust and the black exterior finish. 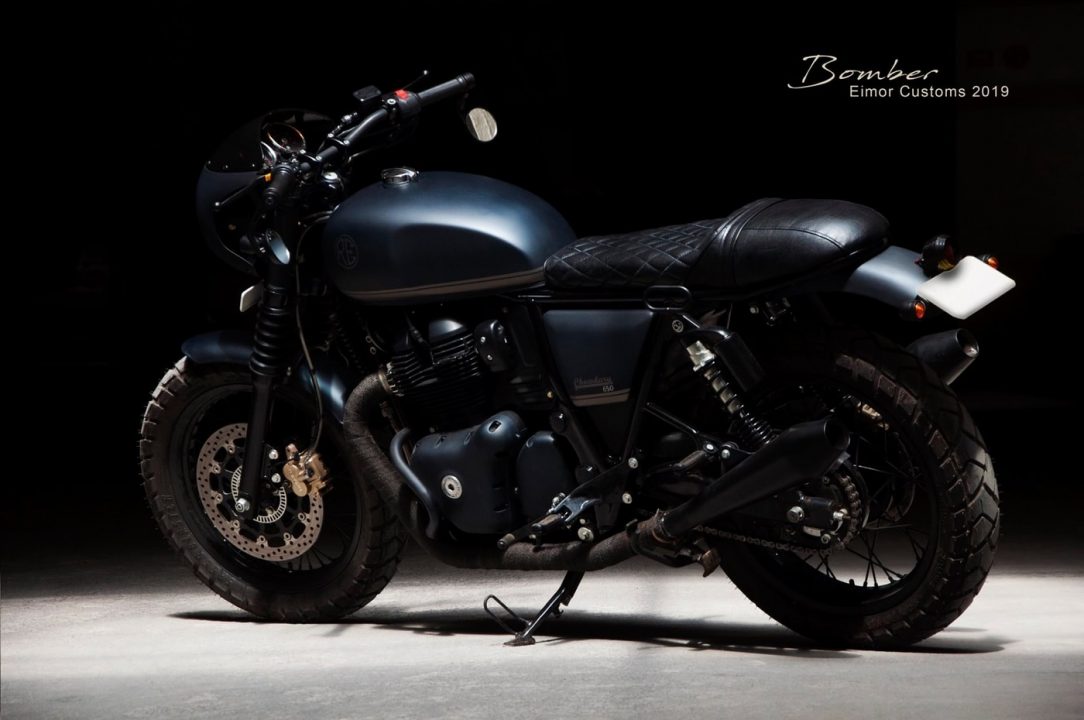 A stock Royal Enfield Interceptor 650 is powered by a 648cc, air/oil-cooled, parallel-twin engine that can generate a peak power of 47.65 PS and a maximum torque of 52 Nm. Transmission duties are handled by a 6-speed gearbox, with a slipper clutch available as standard.