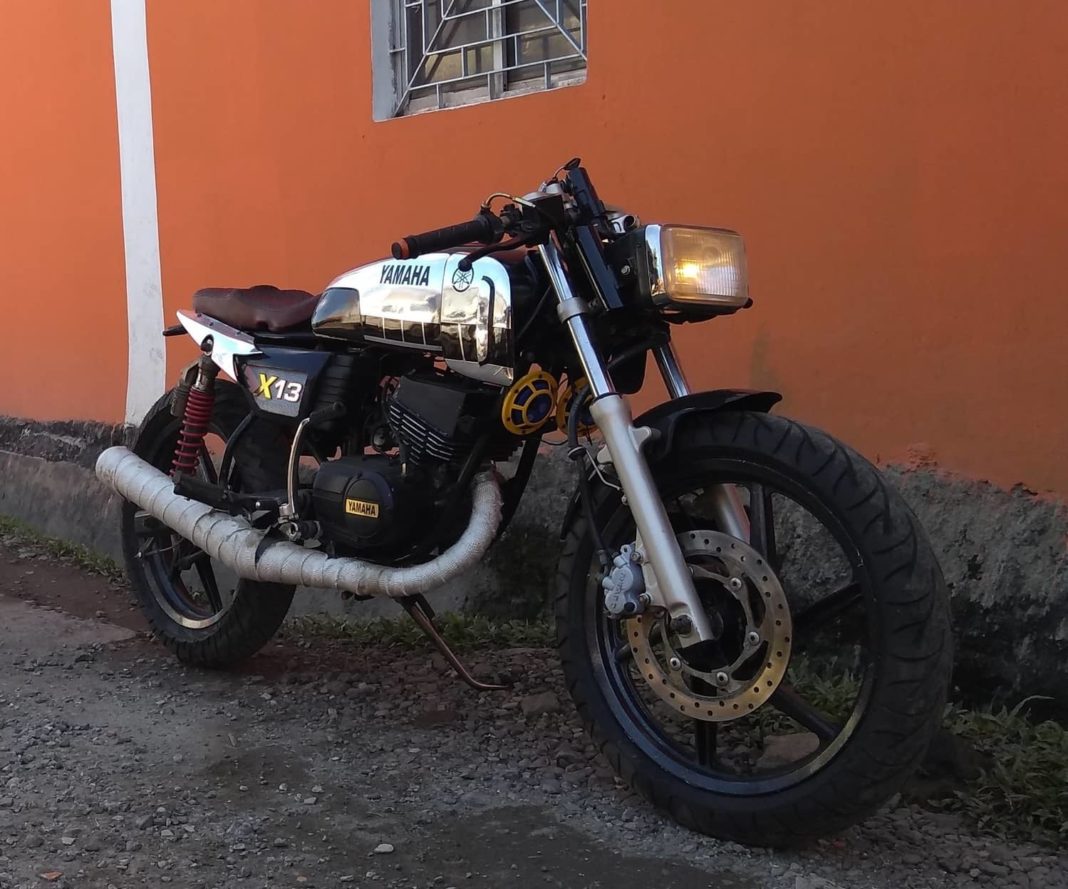 Take a look at this hand-built Yamaha RX 135, which has been transformed into a custom cafe racer motorcycle

Yamaha is known for building some of the most iconic high-performance motorcycles of all time, like the V-Max, the YZF R1, and plenty others. In the Indian market as well, the Japanese two-wheeler manufacturer offers a lot of performance bikes, even in the lower segments. The YZF R15 and MT-15 are the first to pop into our minds when we think of Yamaha.

Older readers might also remember a few other iconic bikes, like the RX135 and the RD350 (or its detuned version, the Rajdoot). Back in the two-stroke era, these motorcycles offered brilliant performance. Their simple, rounded designs were extremely appealing as well, and even today, these machines look quite charming.

Even though these motorcycles were discontinued a long time ago, a lot of people still own and maintain one in their garage. Here, we have a Yamaha RX 135, which has been modified into a cafe racer. The motorcycle has been named ‘X13’ by its owner Abishek Dey, a resident of Port Blair, Andaman and Nicobar. 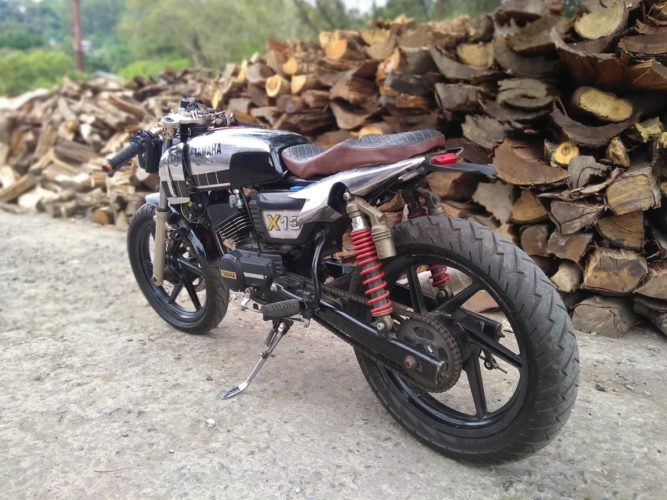 The bike sports a custom headlight, along with new front forks and fender. The clip-on handlebars are new as well, and the tank has been custom-made. The fuel-filler cap is sourced from a Bajaj Pulsar, and the alloy wheels are from an old Pulsar 200. The tail-section is custom-built as well, and gets new taillight and indicators. The centre panel sports ‘X13’ lettering, which looks cool.

The swingarm has been stretched, and gas-charged shockers have been added to the rear. The footpegs are now extremely rear-set, and the gear lever’s linkages have been redesigned appropriately. A new single-piece seat has been added here, and the custom exhaust has been wrapped from the head till the tail-end. 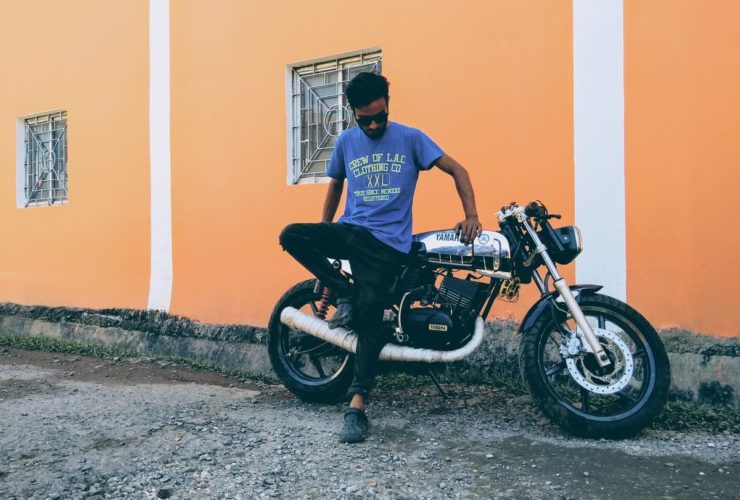 A disc brake has also been added at the front wheel, for improved braking performance. The engine has been left completely unchanged though. Back in the day, this 132cc, single-cylinder, air-cooled engine. It generated 14 HP of peak power and 12.25 Nm of maximum torque, which was harnessed via a 5-speed gearbox.