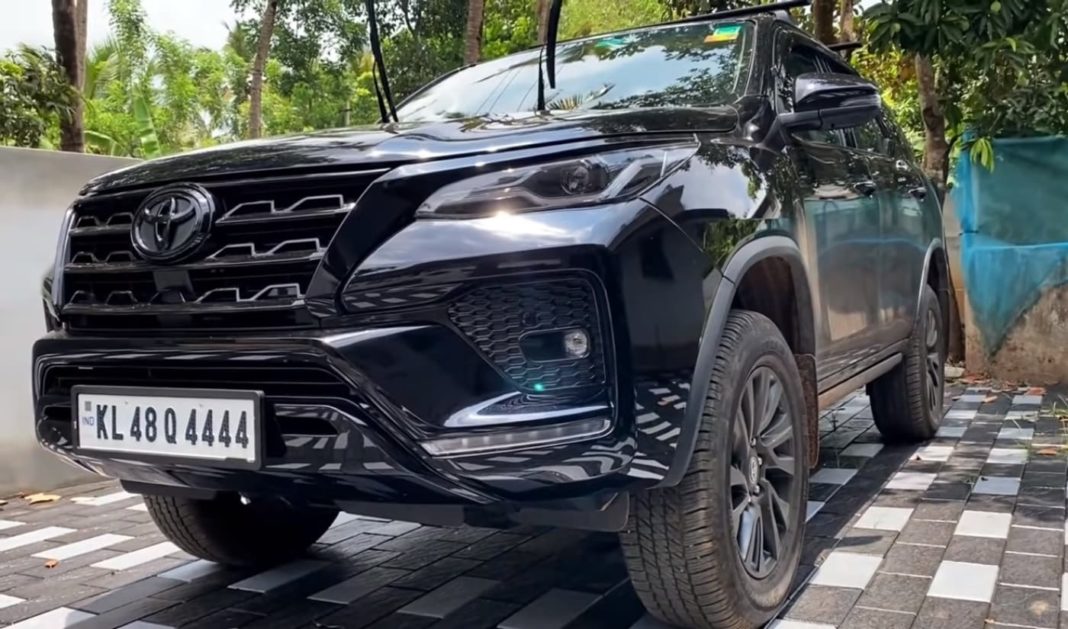 Here, we have a customised Toyota Fortuner, which gets an all-black exterior and an adaptive suspension system

Toyota Fortuner is the most popular large SUV sold in the Indian market, and near the beginning of this year, it received a mid-life facelift in India. The new model features a slightly restyled exterior, more features, a more powerful diesel engine, and a new top-spec variant called ‘Legender’. A lot of Fortuner owners in India love to modify it, and we’ve come across various customised examples over the years.

Here, we have one such modified Toyota Fortuner, which gets an adaptive suspension. Even though a stock Fortuner is an extremely comfortable SUV overall, the ride quality does leave something to be desired. At low speeds, the ride tends to be harsh, which makes city driving a bit of a chore. However, with adaptive suspension, the ride can be altered as needed, which makes things much better.

The video below, posted by ONE DRIVE, gives us a close look at this modified Fortuner. This particular model has a completely blacked-out exterior, including an all-black front grille and blacked-out logo as well. The SUV has been named ‘Black Panther’, and the name suits the look of the vehicle. The most important mod, however, is the Tein EDFC (Electronic Damping Force Controller) Active suspension setup.

The new coils are thicker than the old ones, and the stock dampers have been replaced by the new ones. The controller for the adaptive suspension, placed in the centre console, uses a dashboard-mounted GPS to know about the road conditions and change the stiffness of the suspension as needed. Not only that, but the system has a manual mode as well, and the controller can save up to 20 settings.

The ground clearance of the SUV has also increased as a consequence, which can be observed in the video as well. The vlogger mentioned that he was quite happy with the result after having driven the SUV for a day. The cost of the adaptive suspension system was reported to be around Rs. 2.25 lakh. 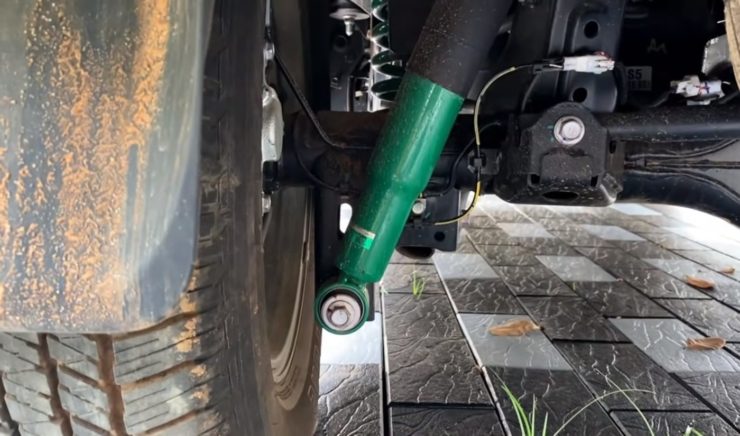 This here is a 2021 Toyota Fortuner 4×4 AT, which is powered by a 2.8-litre turbo-diesel engine that generates 204 PS and 500 Nm of peak power and torque, respectively, paired with a 6-speed automatic gearbox. The option for a 4×4 system is only available on the diesel version of the Fortuner, and not on the petrol version. Interestingly, despite the Fortuner Legender being the top-spec variant, it doesn’t get a 4×4 option.