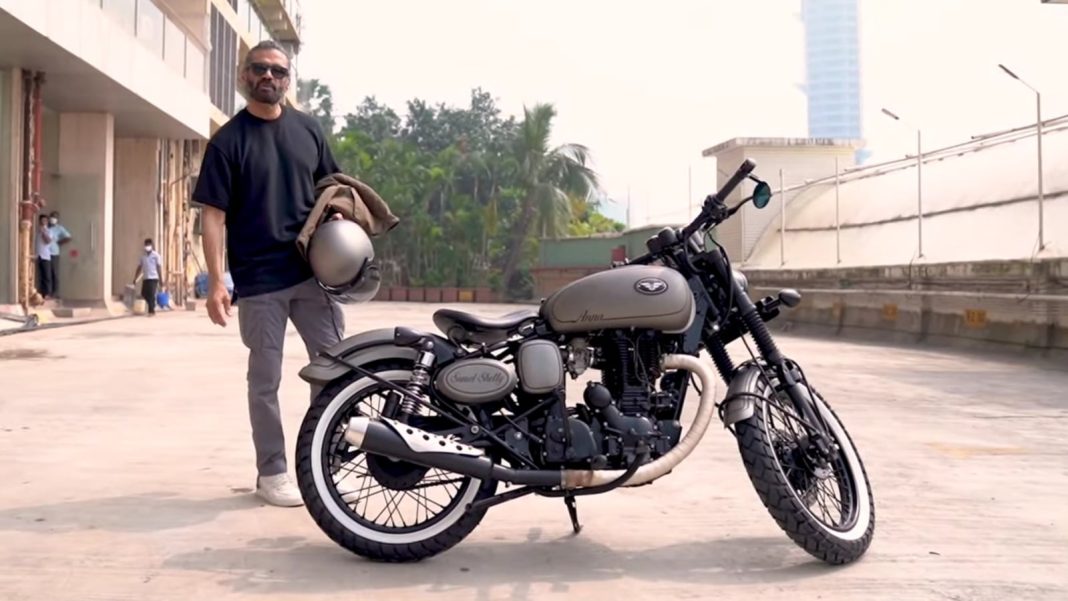 Suniel Shetty recently shared a video of his Royal Enfield Machismo 500, which has been beautifully customised by Vardenchi

Suniel Shetty, who has starred in movies like Hera Pheri and Main Hoon Na, is an avid auto enthusiast. The actor used to own a lovely RE Machismo 500, and recently, he got the motorcycle customised by Vardenchi. He shared a video of his modified Royal Enfield on his social media, praising the craftsmanship of the mod job.

Mumbai-based Vardenchi is a familiar name among motorcycle enthusiasts and RE fans. The workshop has created some of the wildest chopper and custom cruisers we’ve ever seen, all of which are based on Royal Enfield bikes. Shetty’s modified motorcycle, nicknamed ‘Vintage’, has a lot of noticeable design details, which we shall go through in brief here.

The chassis of the motorcycle has been completed unaltered, to comply with RTO regulations. The bike features a matte grey paint finish on the tank, side boxes, and fenders. The stock seats have been replaced by a custom single-piece unit. The actor’s name has been etched onto the side boxes, along with the word ‘Anna’ on the tank. A truly personalised touch indeed!

The bike also gets an aftermarket LED headlight, along with aftermarket turn indicators and taillight. The engine assembly has been completely blacked out, and a custom exhaust has been installed. We also see a new set of wheels here – wire-spoked rims shod with beautiful white-wall tyres.

The motorcycle gets a flat handlebar, with bar-end mirrors installed on it. Suniel Shetty’s modified Royal Enfield Machismo 500 is truly a beauty to behold. The personalisation isn’t just limited to the motorcycle; Vardenchi has also created a custom helmet for the actor, with ‘Anna’ branded on it. 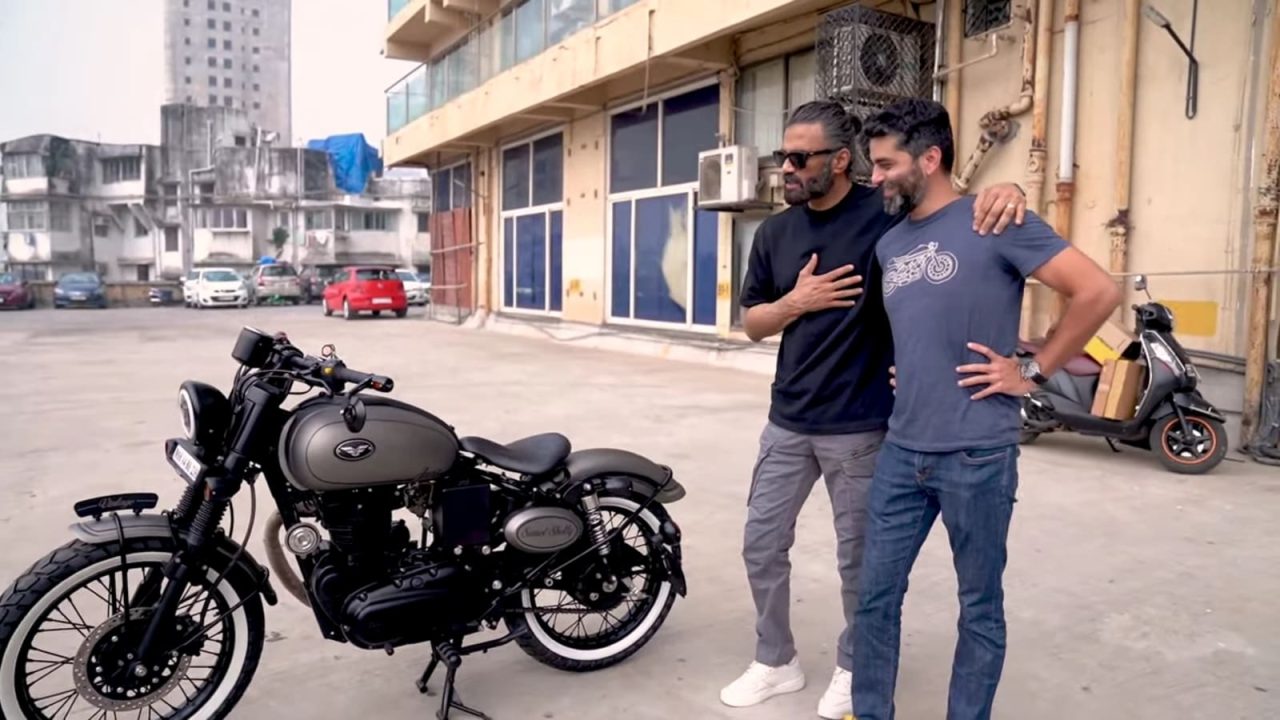 Vardenchi has built a few custom motorcycles for other Bollywood celebrities as well, like ‘Skeletor’ for Jackie Shroff. The workshop also offers body kits for Royal Enfield motorcycles, which can be installed without any re-engineering. This ensures that the warranty remains intact even after modifications. Vardenchi also has a range of riding apparel and gear on offer, including helmets, boots, jackets, etc., on sale in India.