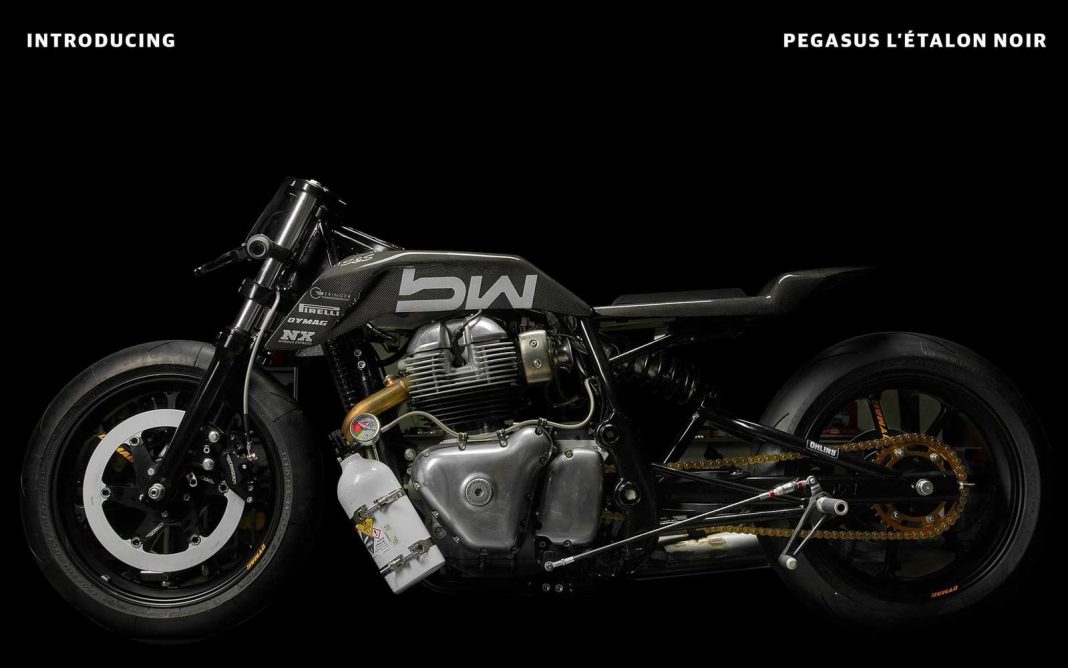 Here, we have a custom Royal Enfield drag-racer, based on a Continental GT650, built by Paris-based Bad Winners Motorcycles

Think of custom motorcycles, and Royal Enfield is likely the first brand to come to your mind. Interestingly, it’s not just RE motorcycle owners who love to modify their rides. The manufacturer has also officially commissioned plenty of custom projects over the years, and recently, RE shared pictures of their latest one.

The pictures featured here are of a custom Royal Enfield Continental GT650, built by Bad Winners, in collaboration with the manufacturer. The project has been named Pegasus l’Étalon Noir (French for Pegasus Black Stallion), and except for the engine, nothing here is recognisable from the stock motorcycle! This modified model gets black carbon fibre body panels all over, including the tiny front cowl, fuel tank cover, and the entire tailpiece.

The bike also gets a pair of custom clip-on handlebars, with Beringer levers, and the instrument console now consists of a Koso digital speedometer. Bad Winners has altered the rear subframe of the motorcycle, and the stock twin shock absorbers at the rear have been replaced by an Öhlins monoshock. The braking system is new as well, consisting of single solid discs on both wheels, along with Beringer calipers. 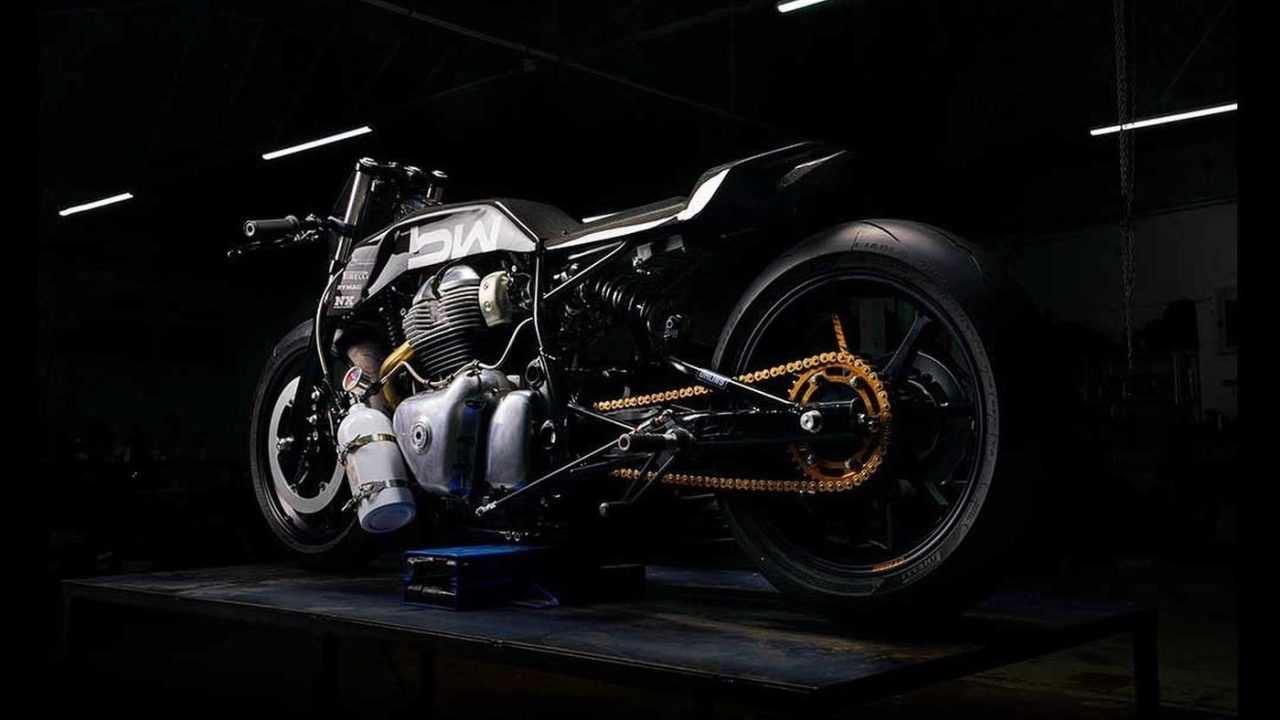 It also gets custom footpegs, now mounted way back in proper dragster fashion. Also, the single seat here consists of a flat cushion stuck on the rider’s perch. The rear brake lever assembly and gear shifter have been customised as well. To aid with the grip, the motorcycle gets Pirelli Diablo Supercorsa tyres on both ends, shod on Dumas UP7X aluminium wheels.

The engine has also been modified, with the parallel-twin motor now displacing 865cc, thanks to a big bore kit from S&S Cycles. The kit also consists of Carillo connecting rods, an upgraded camshaft, and a reinforced clutch. The cylinder heads have been modified too, and to improve the engine’s breathing, a pair of velocity stacks have been installed. 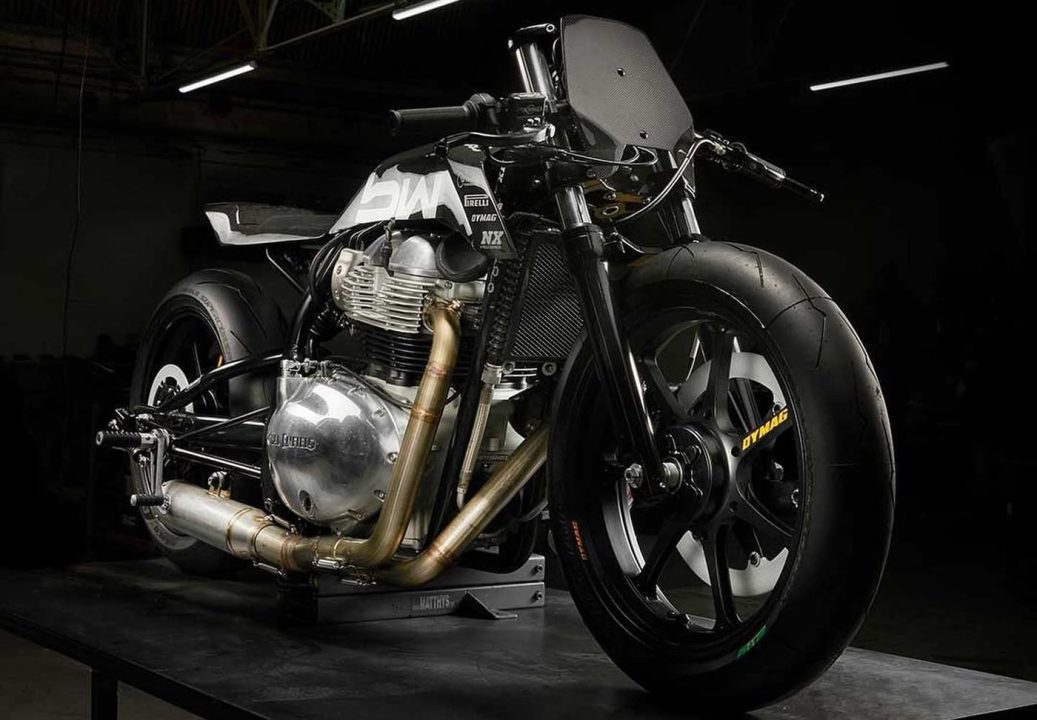 To further improve the power output, a nitrous oxide system from Nitrous Express has been added, with the canister stuck near the engine. This custom motorcycle has been designed with the intention to go fast on the drag strip, and it does look up to the task!