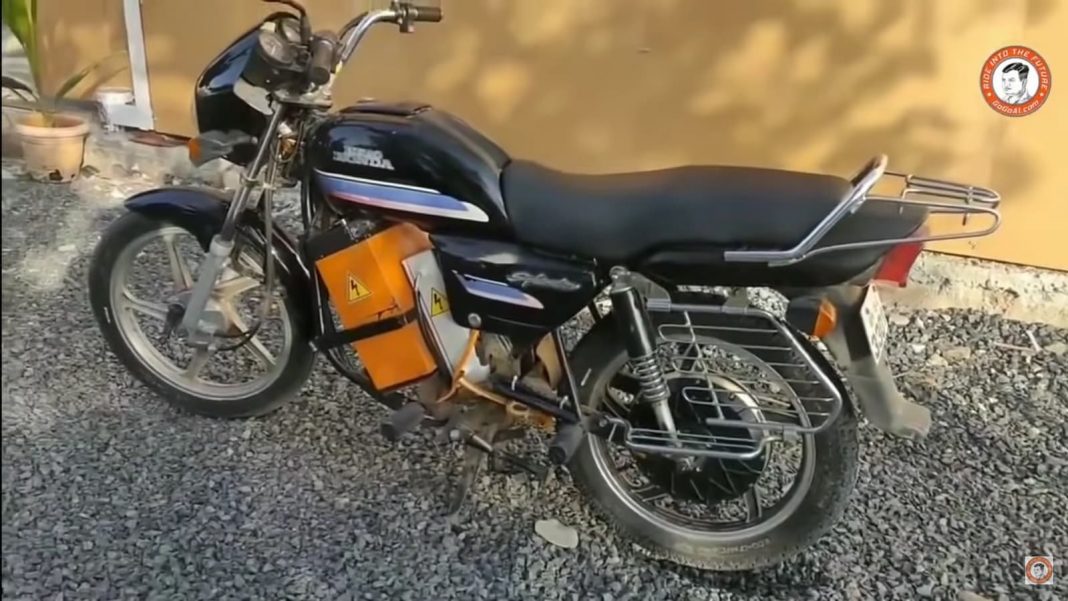 Electrification is the future of the automobile industry, and we’re seeing a boom in the EV market space in India. The electric two-wheeler segment has been growing strongly in particular, with plenty of new launches in recent times. Other than that, we’re also seeing companies offer electric vehicle conversion kits for existing ICE-powered automobiles.

EV conversion kits are a brilliant step towards electrification, as they allow people to transform their traditional petrol/diesel-powered vehicles into zero-emission electric ones. Also, installing such conversion kits is way more cost-effective than buying new EVs, especially since the latter are fairly expensive.

The electric powertrain consists of a 2-kW hub-mounted motor, rated at 92 per cent efficiency. It belts out a steady torque of 63 Nm, peaking out at 127 Nm. The top speed is rated at 70 kmph with two people on board, and the ARAI-rated range is 151 km. As for the load carrying capacity, it is rated between 100 kg to 300 kg.

A regenerative braking system is added here, which increases the efficiency of the vehicle, and riding downhill can also charge the battery. Both the wheels come fitted with drum brakes, with the drum plate and shoe sourced from Bajaj Pulsar. Interestingly, the motorcycle has a kerb weight of just 102 kg after the conversion, which is lower than the regular Splendor (122 kg).

The video host also points out that in the event of component damage, owners would be able to easily file an insurance claim. This would make potential repairs easier on the pocket, as batteries, electric motors, etc., are all expensive components. With EV conversion kits that aren’t RTO-approved, one can’t do so, as those aren’t legal.

Upon installing the kit, the registration number of the vehicle wouldn’t change, but new green numberplates would be issued by the RTO. The conversion kit is priced at Rs. 90,606, out of which Rs. 50,000 is for the battery and Rs. 5,606 is for the charger. GoGoA1 will be setting up conversion centres across multiple cities in India, and one can visit them to install the EV kit on their motorcycle.