Gaadiwaadi.com
Home Auto Industry Updates Carrying A Cycle On Your Car Could Get You Fined For Up... 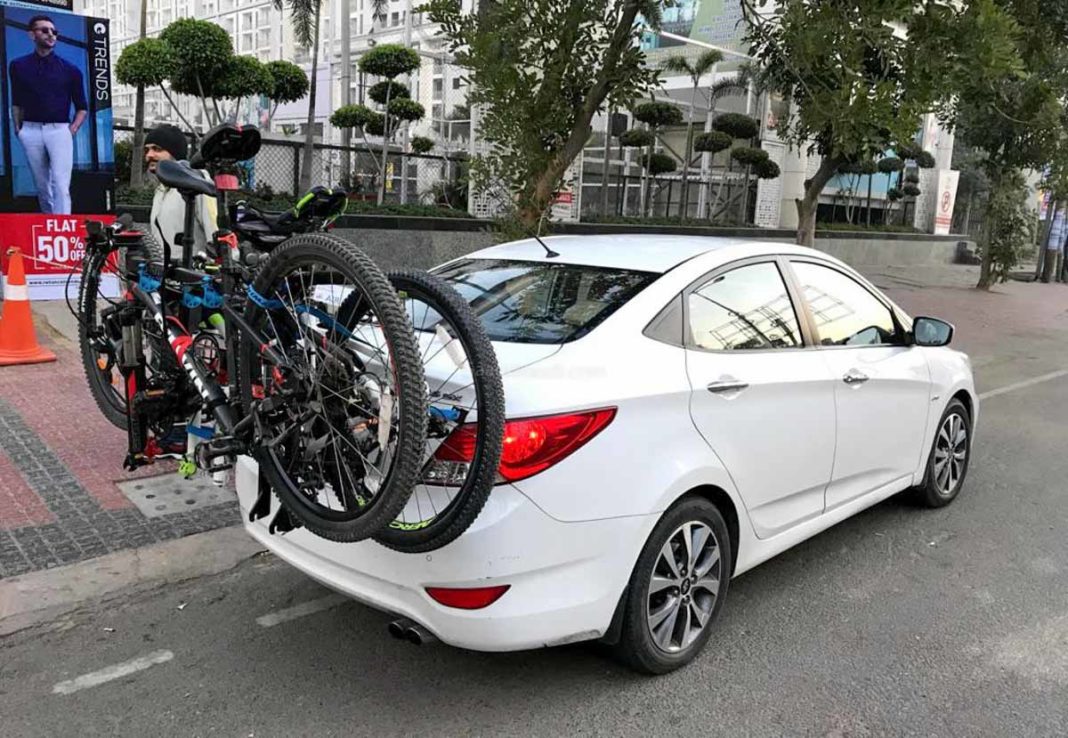 A bicycle carrier is usually mounted on the tailgate of the car, which according to Bengaluru police, alters the shape and size of the vehicle as defined in the RC

Cycling has gained immense popularity across the country in the past few months, since it is a physical activity that you can enjoy alone, adhering to all social distancing norms. Many people in metro cities purchase bicycle racks for their cars, that is attached to the back of a car as a carrier.

Usually the rack can carry one cycle, but racks with capacity to carry more than one bicycles are also available in the market. While it is a pretty common sight these days, mounting a cycle on your car could now result in you having to pay a fine! That’s right, if you carry a bicycle on a rack attached to your car without proper RTO permissions, get ready to shell out about Rs 5,000 in fines.

Prasanth Sukum­aran, a resident of Bangalore recently found himself in a similar situation. He was travelling with his son in their car, with cycles mounted on a rack attached to the car. However, while returning, Bangalore Police stopped the duo and issued a fine to them. 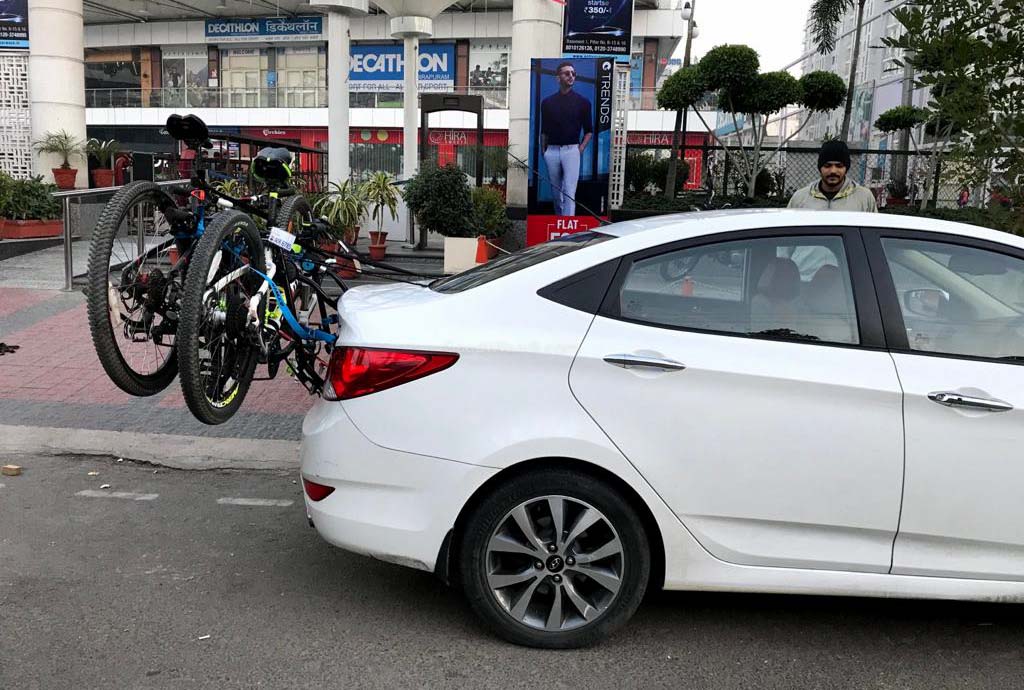 When asked why they were fined, the policemen replied that carrying one bicycle is permitted, but they were carrying two. Fines for carrying a bicycle mounted on your car can range up to Rs 5,000. Sathya Sankaran, who is also known as the Bicycle Mayor of Bangalore, came to the duo’s rescue.

“It’s only recently that I’m hearing of people being fined for carrying cycles on cycle racks attached to cars. We have been carrying bicycles for so many years but we were never fined. Sec 52(1) of Central Motor Vehicles Act 1988 does not specify temporary or permanent attachment. In letter, you can apply it but in spirit the attachment is not an alteration,” he said.

This soon turned into a debate on Twitter, with many people like Bhaskar Rao, ADGP joining to defend the case. Soon, Bengaluru police also joined and specified that Bicycle racks are acceptable only when you use a standard rack, doing no harm to the public.

“This is clearly a violation unless you have an RTO certificate that gives you the permission for an extra fitting. We can penalise such violators up to Rs 5,000 for altering the vehicle without RTO’s permission,” said a traffic inspector in Bangalore while speaking to Mirror.