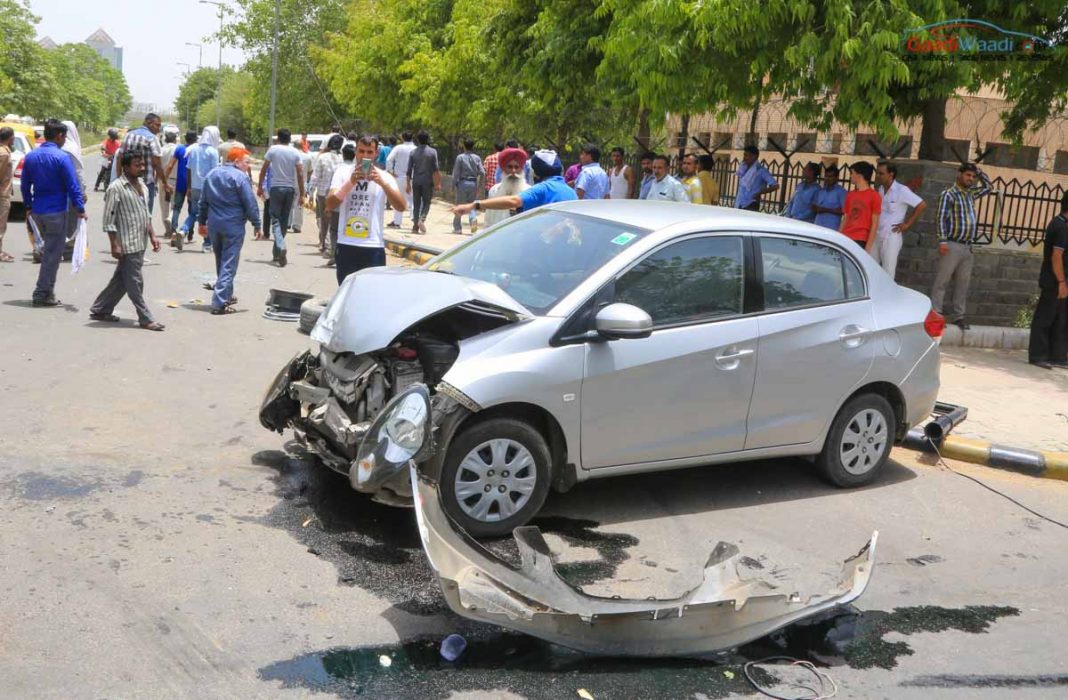 Car hits man and drags his body on roof for 3 km; the horrific incident happen in Mahbubnagar Telangana

A speeding car hit a man and kept going for 3 kilometers with the body on the roof. The incident happened on Monday night, on highway in Mahbubnagar in Telengana. When the car hit the man, the impact was so hard, the man’s body landed on the car’s roof. The car kept going for around 3 kilometers before being stopped by the local people.

The disturbing scene was spotted by bikers and they informed the local police. When the local people and police stopped the car around 3 kilometers away from the accident spot, the driver jumped out of the car and ran away, but later he was arrested. Police informed that the car belongs to a Hyderabad industrialist Kistapati Chandrakala. Earlier also such incidents were reported in Telengana in recent past. In those cases as well drivers hit man and kept going with the victim’s body on the roof of the car.

In India road accidents are something, which causes numerous deaths every year. Incidentally, India is one of the leading country with alarmingly increasing number of road accidents and deaths by so. Though government has implemented several measures to curb the road accidents, but the grave situation has not changed much yet.

Another disturbing fact is that, in several cases accused drivers didn’t stop to help the injured, which led the death of the persons. But with timely emergency treatment some lives can be saved in case of an accident, which becomes impossible after a certain time due to heavy blood loss and trauma.