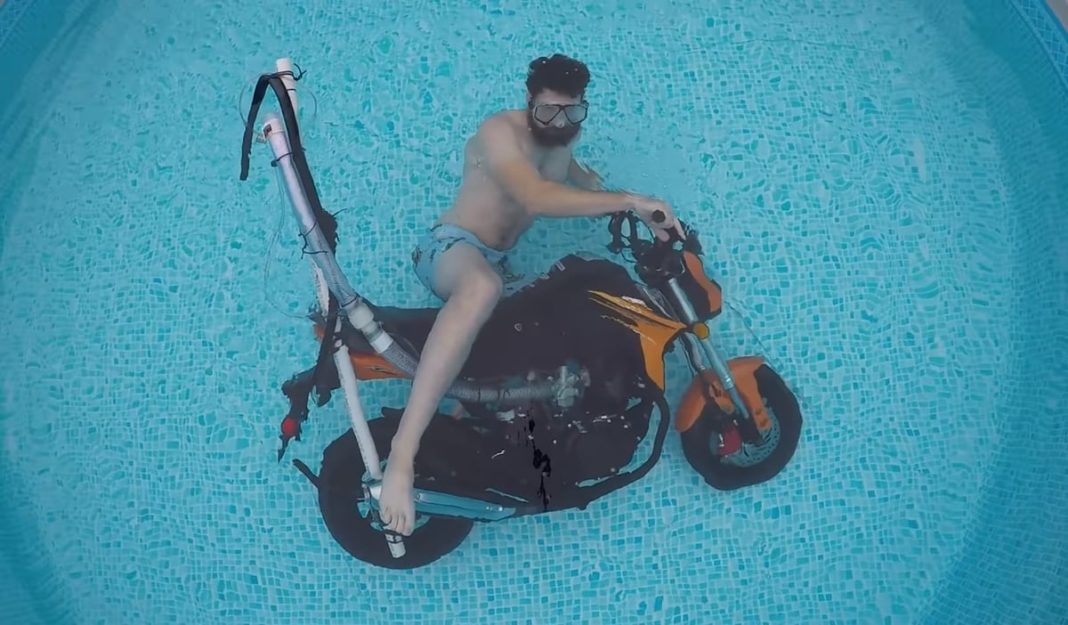 The motorcycle in question is a Lifan, and features a few changes over the stock model, designed specifically to help it survive underwater

YouTube is an extremely entertaining place, and these days, creators have been going to ridiculous lengths to create viral content. Here, we have one such video, uploaded by a channel called Bikes and Beards, which tries to answer a question that has baffled no scientist ever – can you run a motorcycle underwater?

The obvious answer is no, a motorcycle cannot survive underwater, and there are plenty of reasons why. The biggest reason is waterlogging; water entering the engine causes damage to it. Secondly, the electrical components will short-circuit when water seeps in them. These problems, however, can be solved with a little bit of improvised engineering!

In the video, we see that the host uses dielectric grease to cover all the electrical components and wires. Dielectric grease repels water, and is used to prevent water seepage and corrosion. With a generous helping of the grease, the motorcycle’s electrical components should theoretically survive an underwater excursion. After that, a snorkel system is added on to it, similar to off-road-spec vehicles.

The snorkel on the intake of the bike will prevent water from entering, while allowing air from above the surface into the engine. A similar system has been added to the exhaust as well, to allow the exhaust gases to be expelled without the fear of water entering. The team has also installed an external fuel tank and a new fuel line as well, in case water seeps into the regular fuel tank and damages the engine.

For the experiment, the team uses an inflatable swimming pool, which is good enough for the tiny moped-like Lifan. After a small setback, involving a flooded carburettor and cylinder, the bike is ready to go diving. Surprisingly, they manage to keep the motorcycle running underwater for a total of 10 minutes! 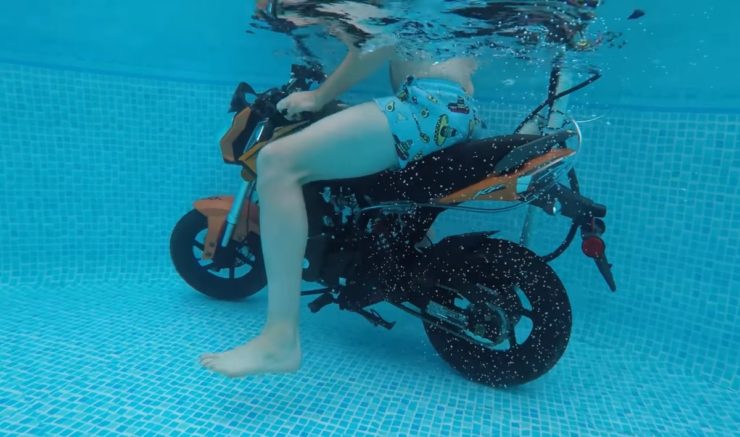 Due to the limited air intake through the snorkel, the combustion was quite improper, resulting in dense smoke. After completing their goal, the host drops the bike in water and lets water flood every inch of it. Surprisingly, the motorcycle did not die, rather they manage to fix it later!