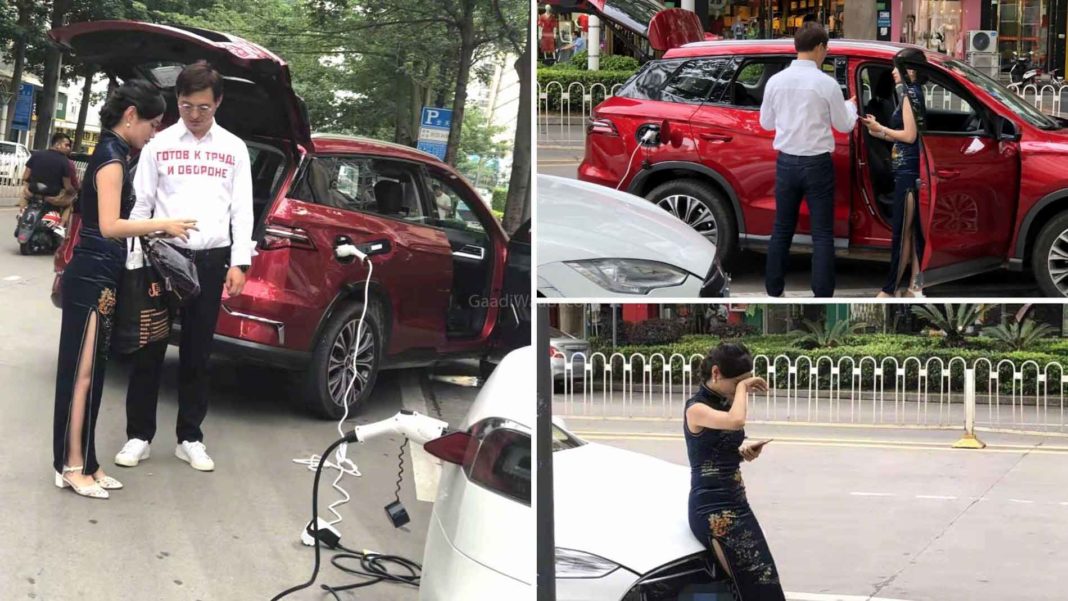 The latest news shows a Tesla Model S with fully drained battery pack being charged by BYD Song, another electric vehicle, to help the former reach a battery charging station

Running out of batteries is something that all EV users fear. However, a recent incident that took place in China goes on to show that this anxiety can be reduced to a high extent once we have enough electric vehicles plying around.

As per reports, a Tesla Model S whose battery pack had completely run out of juice in China was charged by BYD Song PRO DM, another EV, so that it can have enough juice to reach the nearest charging station. It is being said that the Model S was being used by a lady in a traditional qipao. She pulled over and a while later, a BYD Song PRO DM with dealership plates stopped and offered a charge.

However, it is important to mention here that the vehicle-to-vehicle charge can only be done at a slow rate of about 2KW. Hence, in order to receive enough charging to be able to make it to the nearest charging station, the cars had to be connected together for two hours. 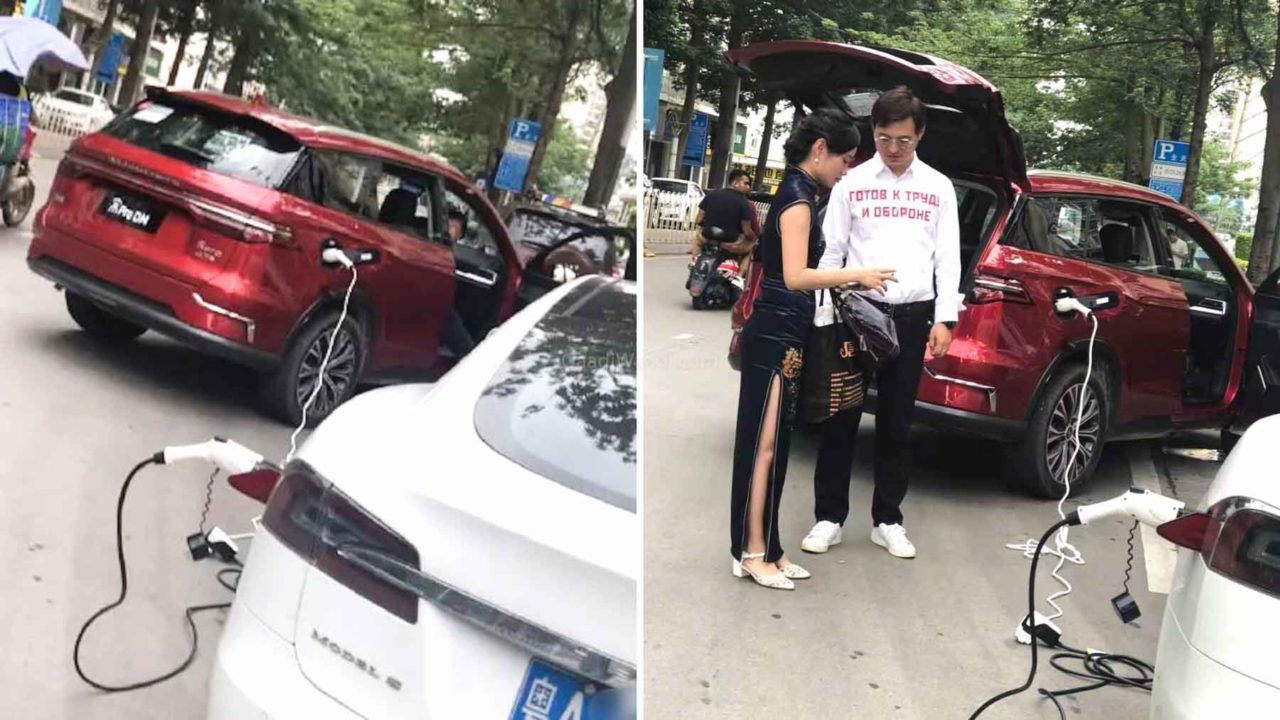 The BYD Song PRO DM is a PHEV that features a 1.5-litre turbocharged petrol engine working in tandem with an electric motor. The setup has a combined output is 319 hp and 525 Nm. Battery is rated at 15.7 kWh and Song has an electric-only range is 81 km. The Song is also available in an electric-only variant, which offers a power output of 184 hp.

What’s of a concern is that many EV owners are yet to understand how the battery packs work, especially the affluent ones, who often have one of the family members taking the EV out for a drive without paying heed to the charge the battery pack holds. Many are apparently still not over using petrol and diesel vehicles.

However, we think a better analogy is to use EVs like one uses his or her smartphone. Come to think of it, when was the last time your phone ran out of battery completely? We tend to plan its use as per the battery capacity and even make it a point to have high battery levels. Something similar should be practiced when using EVs like the Tesla Model S you see in the images.