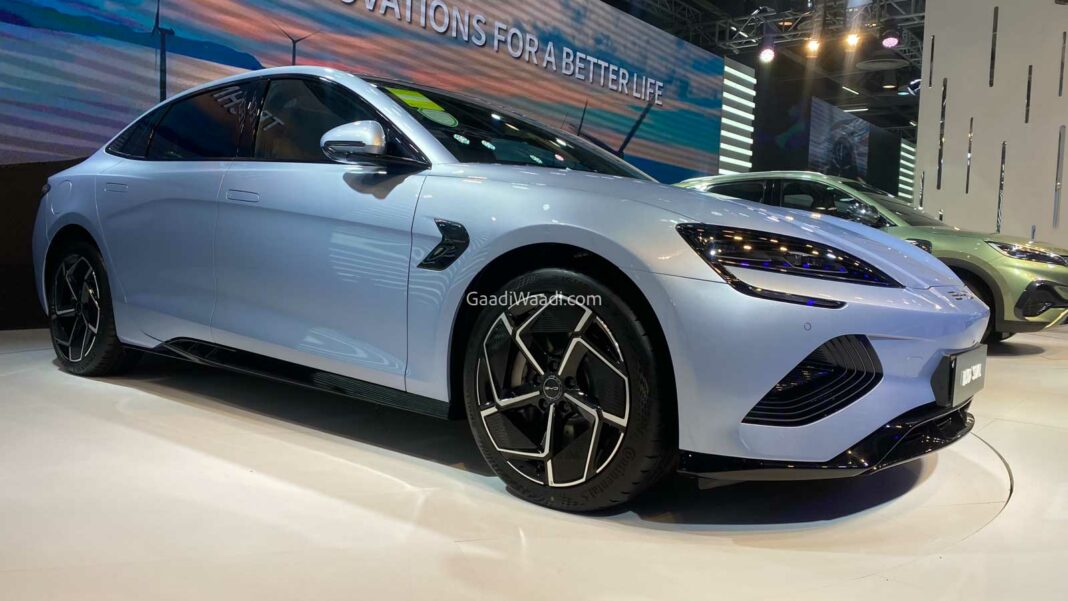 The BYD Seal is an electric sedan that is based on the Ocean X concept and incorporates Ocean Aesthetics styling. It has been showcased at the brand’s pavilion in the ongoing 2023 Auto Expo in Greater Noida. BYD (Build Your Dreams) hailing from China is the largest EV manufacturer in the world and it recently introduced the Atto 3 electric SUV.

The Seal has been displayed alongside the BYD e6 electric MPV and Atto 3 electric SUV at the motor show and its India launch has been confirmed for this festive season. In the international markets, the BYD Seal competes against the likes of the mighty Tesla Model 3 and is packed with features inside and out to be a modern package with little to no compromise.

The car is built on a dedicated skateboard platform and features a futuristic exterior design with a forward-dipping hood, sharp headlamps, coupe-like roofline and sporty alloy wheels. The five-seater electric sedan is available in both single- and dual-motor configurations, with the dual-motor AWD variant offering a combined power output of 530 hp and a 0-100 kmph acceleration time of 3.8 seconds. 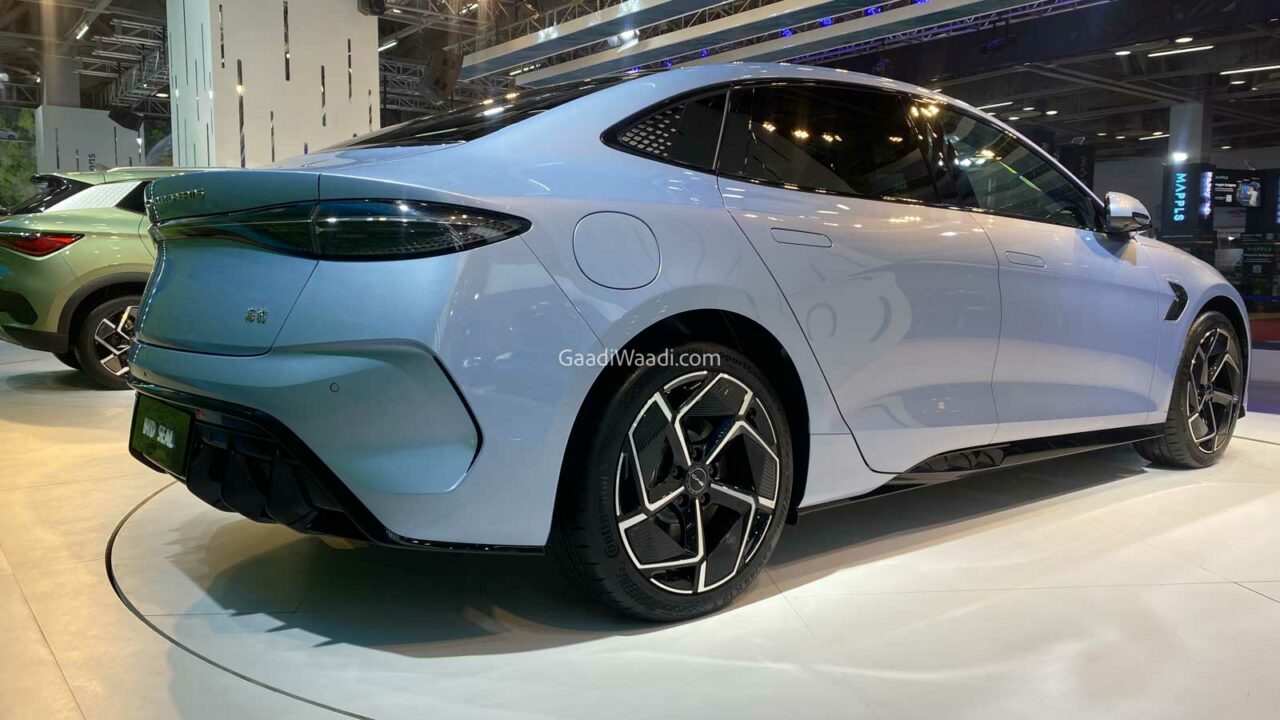 Inside the cabin, the BYD Seal has a rotatable touchscreen infotainment system like the Atto 3, a heads-up display, and a dual-tone cabin theme. The car utilizes BYD’s Blade battery technology, which is available in two different capacities, 61.4 kWh and 82.5 kWh. The 61.4 kWh battery has a range of approximately 550 km, while the larger battery can travel up to 700 km on a single charge.

It has an overall length of around 4.8 metres, a width of 1.87 metres and a height of 1.46 metres. The equipment list also boats a fully-digital instrument console, a scroll wheel for drive modes, dual wireless charge pads, a steering wheel with mounted controls, etc. Courtesy of a flat floor, it has a spacious interior as well. 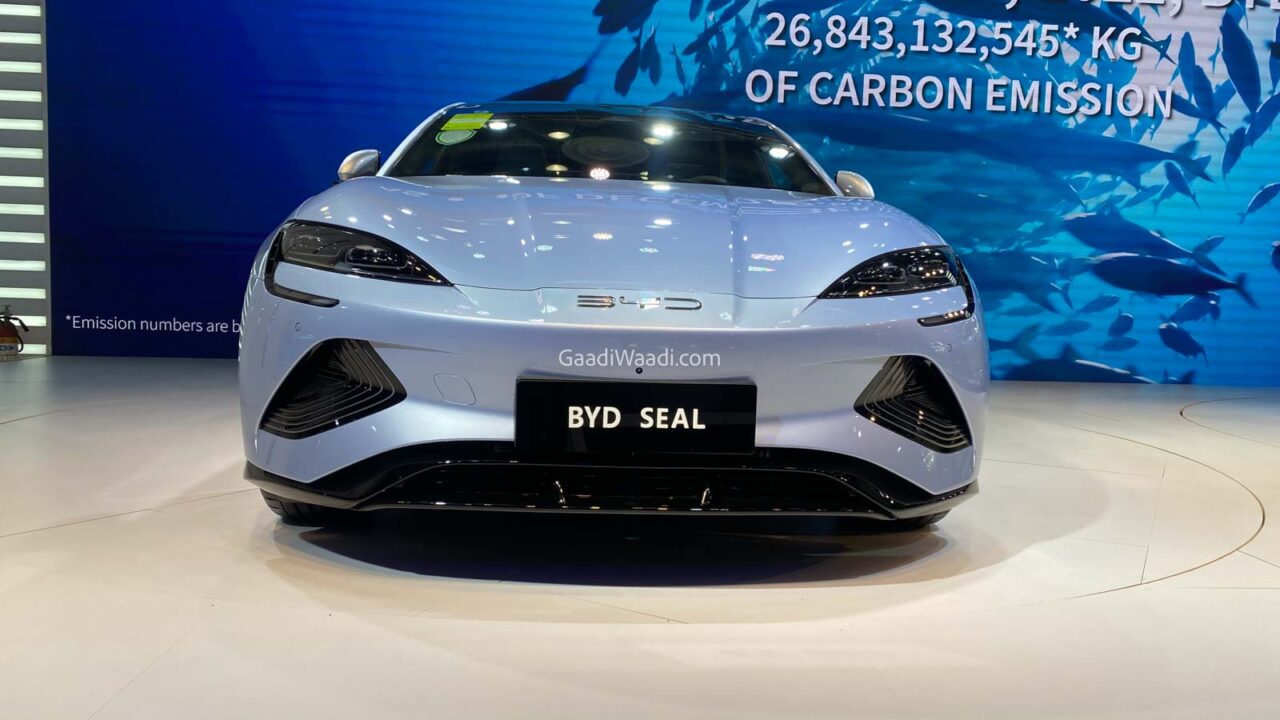 The company was founded by Chinese billionaire Wang Chuanfu nearly three decades ago as a battery producer and it has been making vehicles since 2003. The Seal will be an integral part of BYD’s expansion plans in the domestic market.