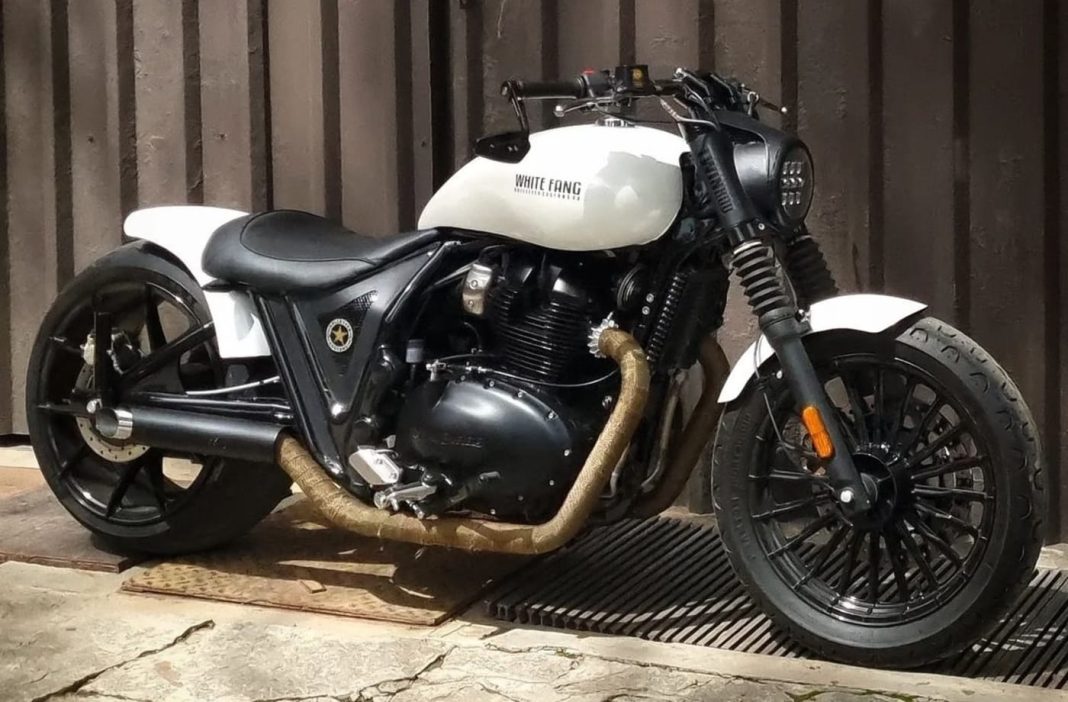 Check out Twinrod 650 White Fang, a modified Royal Enfield Interceptor 650 by Bulleteer Customs, which has been turned into a low-slung cruiser

Royal Enfield Interceptor 650 was first introduced in 2018, alongside Continental GT650. Both the motorcycles, jointly referred to as ‘RE 650 twins’, are quite popular among enthusiasts in India, as they are the most affordable bikes with multi-cylinder engines in our market. They are a popular choice for customisation projects as well.

We’ve showcased plenty of customised motorcycles based on Royal Enfield 650 twins on our website, and here, we have one of the best ones we’ve ever seen. This is a modified RE Interceptor 650, built by Bengaluru-based Bulleteer Customs, which has been transformed into a low-slung cruiser. The overall design seems to be inspired by Harley Davidson V-Rod.

This particular model has been customised heavily, and its dimensions have been altered. The wheelbase has been stretched, and the front geometry has been changed as well. We see an aftermarket LED headlamp at the front, seated in a custom headlamp cowl. The stock handlebar has been replaced by a flat, one-piece handlebar that is mounted on custom raisers. The bike also gets beautiful bar-end mirrors. 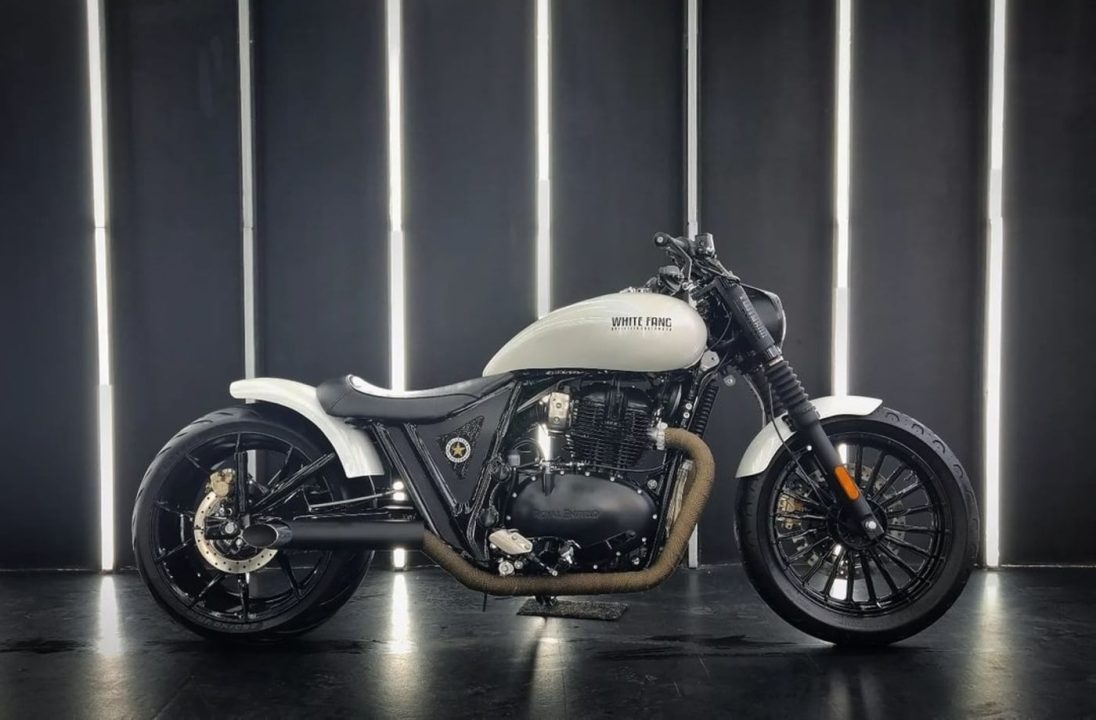 The fuel tank is a custom unit as well, which is much wide than the stock tank. The tank and fenders (rear and front) have been painted white, while the rest of the motorcycle has been blacked out. A flat single seat has been installed here, which gels well with the sleek rear fender. A custom LED strip at the end of the rear fender serves as the taillight.

The motorcycle also gets aftermarket alloy wheels, with different designs on both ends! Also, there’s a massive 360-section tyre at the rear, which adds a lot of muscle to the overall styling. We also see a custom, free-flow, twin exhaust system here, with insulated wraps on both sides for a more rugged look. 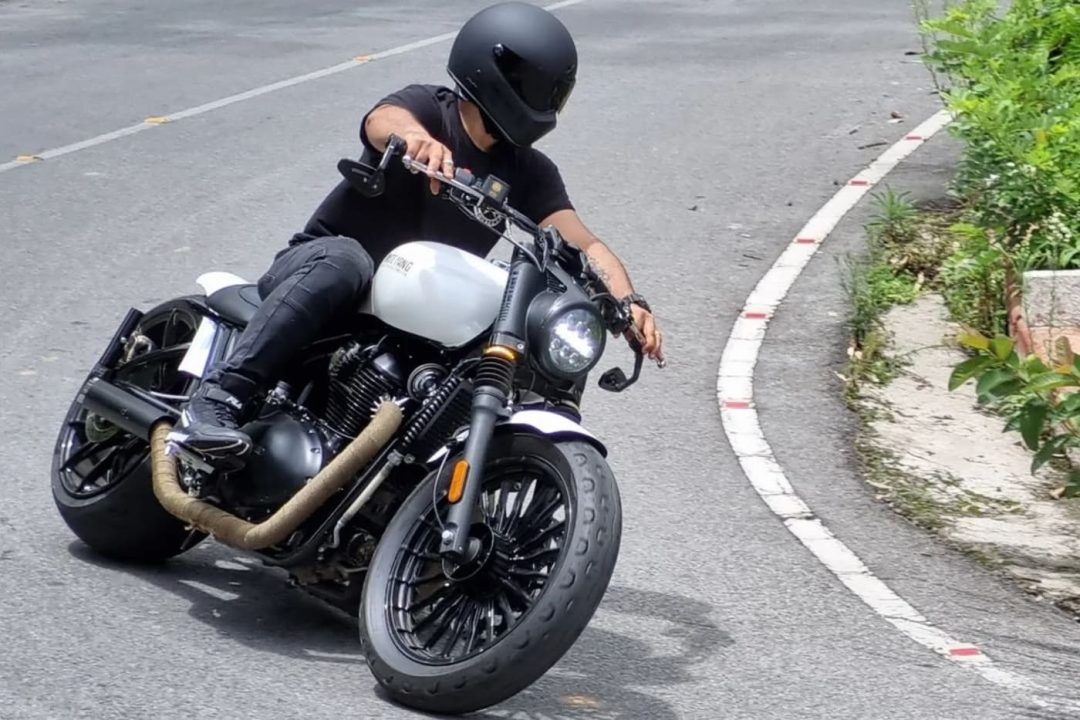 Bulleteer Customs has christened this custom motorcycle ‘Twinrod 650 White Fang’. It is worth noting that the White Fang name was previously used by the workshop for another custom bike, which was designed along similar lines – a long, low-slung cruiser, but based on Royal Enfield 350cc UCE platform.