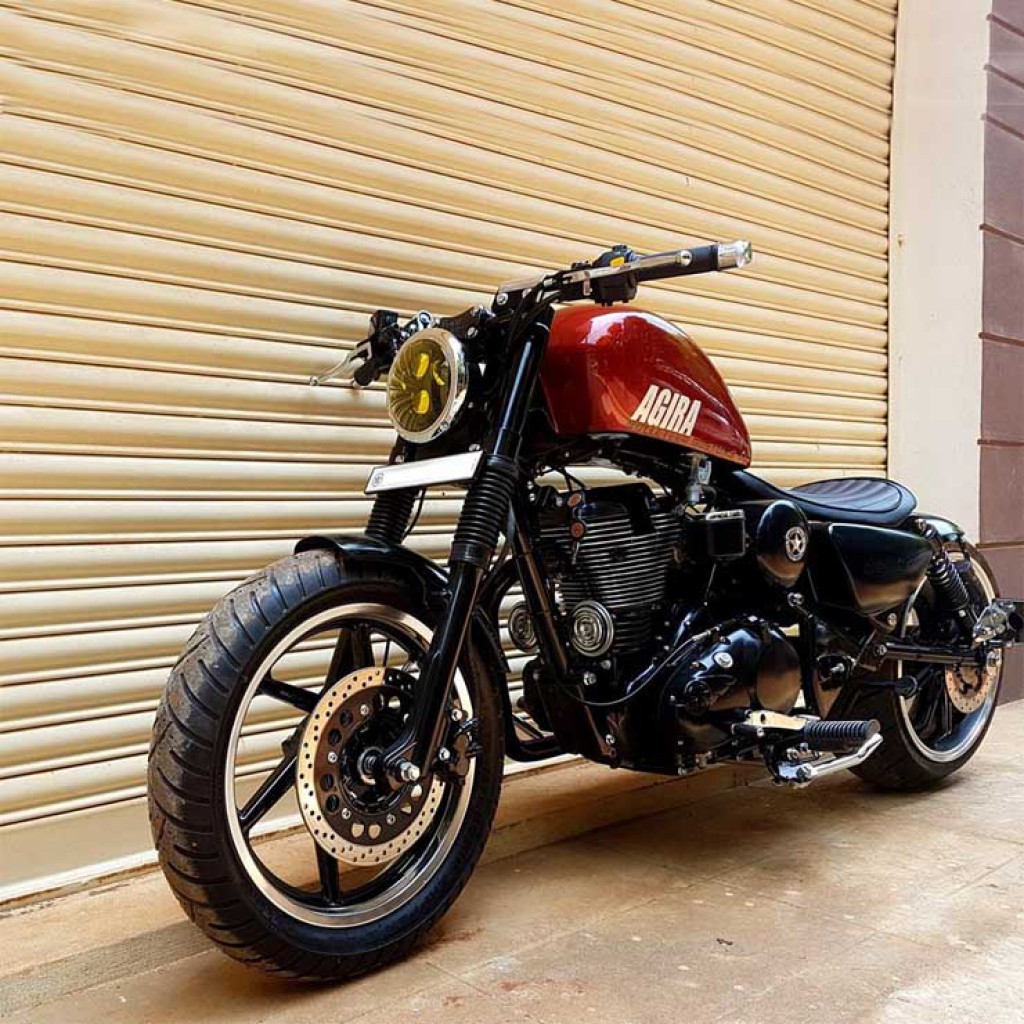 Bulleteer custom is known for their quirky modifications and their latest project is Agire which is based on their new Carbon Series. Like their other custom models, they have made lots of changes on the body to give a fresh new design for the custom bike. The Agira is based on Thunderbird 350, but it won’t be noticeable from the design.

The front get new custom LED headlamp which is finished in yellow colour. The forks are carried over from the stock Thunderbird but the handlebar is completely as it is longer and wider than the normal unit. For the minimalistic look they haven’t given instrument cluster for Agira. The fuel tank is a custom unit with a peanut inspired design.

Also Read : Royal Enfield Thunderbird 350 Graphite Is As Mean A Custom Bike Gets! 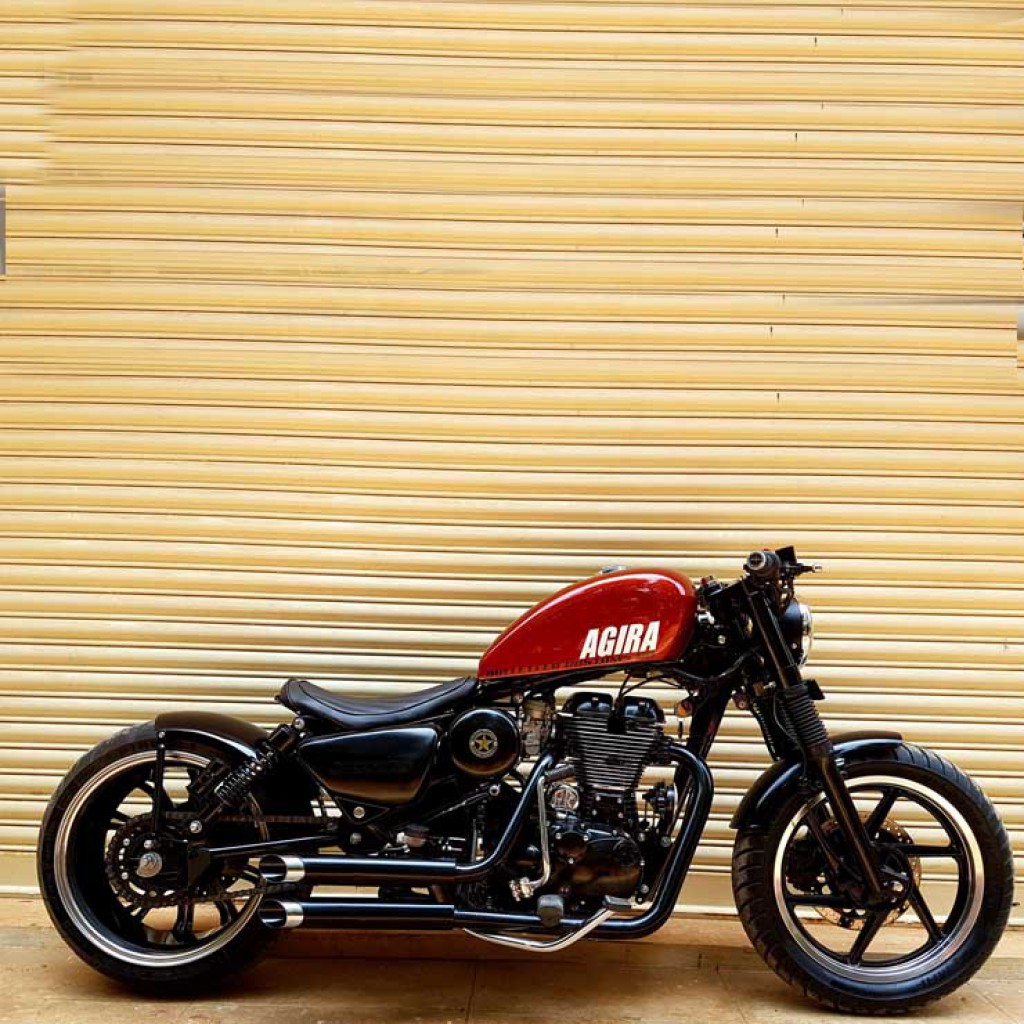 The name of the bike and logo of the project is finished in the tank. The Agira is a single seater and it is positioned low on the body with foot pegs positioned slightly forward to give a comfortable riding position for the rider. Like their other projects, the riding position might not suite everyone but it is designed specially for the customer.

The side body panels are completely new along with a new custom swing arm. Bulleteer has given wider tyre at the rear which is why the custom shop had to give new swing arm and the wheelbase has extended slightly. The tail lamp is a thin LED strip placed below rear seat. The number plate is positioned on the left side. The Agira is finished in red colour for the fuel tank and black colour for other parts. 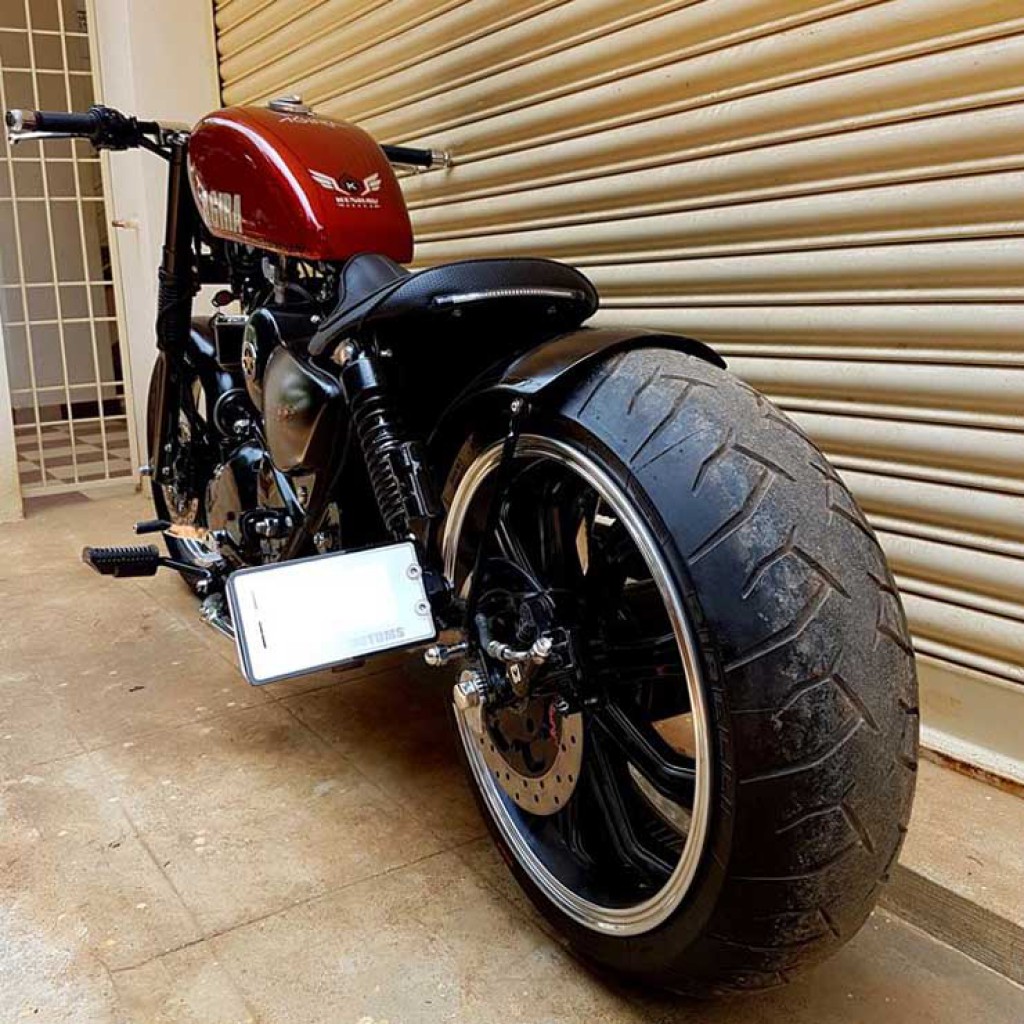 The engine remains stock as 346 cc single cylinder engine produces 19.8 hp of power at 5,250 rpm and 28 Nm of torque at 4,000. This engine is mated to 5 speed gearbox. Bulleteer Customs has given custom twin exhaust for Agira with slash cut exists. The front tyre is MRF and rear tyre is Pirelli along with disc brakes at front and rear. Bulleteer Customs hasn’t revealed price of Agira.