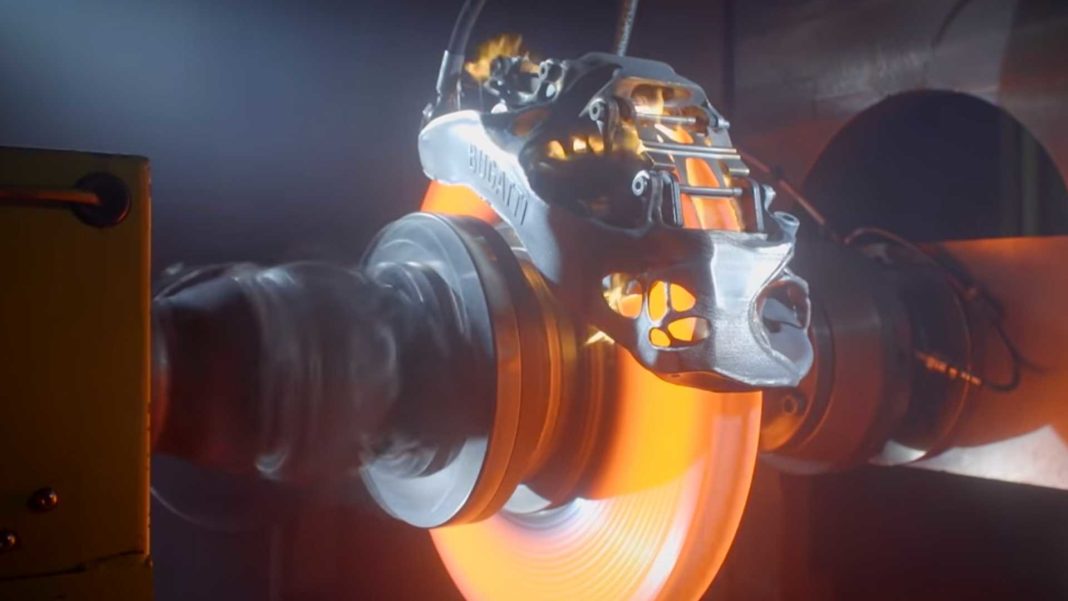 Volkswagen inaugurated a new facility specialized in making tools at its Wolfsburg plant in Germany recently. Aimed at manufacturing 3D printed components for volume-based products, it is highly advanced in its own right. Developed in association with HP, the 3D printers appear to be the way of the future.

It is no secret that Volkswagen Group owns several automobile companies who have advanced technologies in designing as well as development. Bugatti, one of the highlighting brands within the group, is working towards mass production of first printed parts for its own hypercars and the technology could as well be shared with others.

The French manufacturer is already advanced in designing 3D printed components and is looking to go the next step with the help of the new tool-making centre. Bugatti is moving towards testing the components based on various factors before entering mass production with them.

The test procedures are gruelling and strict and in a recent video the company has showed the necessary processed involved. The 3D printed brake calipers of the Chiron were simulated to massive speeds of up to 400 kmph. A single caliper with disc and brake pads had undergone testing to check the endurance and reliability. 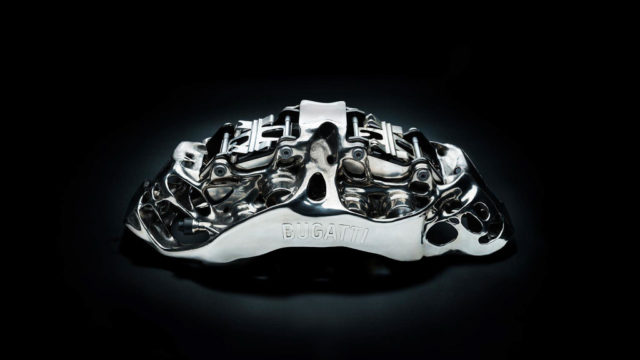 At maximum loads, the disc and caliper setup will reach nearly 1,000 degree Celsius and getting the system to come to a halt out of nowhere is the most challenging task. The disc can actually be seen glowing during various situations at high temperatures.

Using 400 W lasers, titanium powder is melted to create the caliper in just 45 hours. The 3D printer applies more than 2,300 layers of material before the entire structure takes the desired form. It is heated treated before mill machines of advanced five-axis technique bring the caliper to life.

You are seeing the future right here, as the 3D printed caliper is twice lighter than the conventional unit. It will enter mass production along with other components to reduce the manufacturing downtime. More explorations in this technology are currently underway to ultimately speed up the roll out of vehicles by a huge margin.