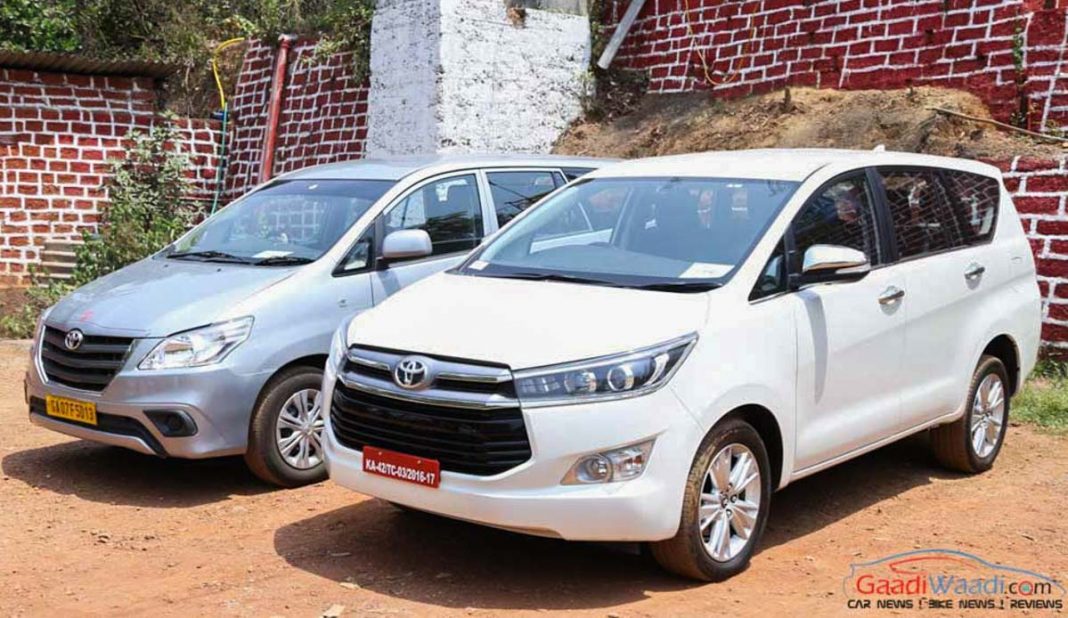 A test mule of the Toyota Innova Crysta has been spotted on test bearing a CNG sticker, hinting at a possible launch this year itself

Toyota Kirloskar Motor is reportedly working on a CNG variant of its Innova Crysta MPV, with the car being spotted on test in Gurgaon recently. The car will be powered by a 2.7-litre four-cylinder bi-fuel petrol-CNG engine, and will of course, be BS6-compliant since day one.

Toyota recently updated the entire Innova Crysta line-up to comply with the BS6 emission norms, a process which also saw the 2.8-litre diesel unit getting axed. The BS6 transition has resulted in a price hike ranging from Rs 11,000 to Rs 43,000 for the petrol variants, whereas the diesel trims have become Rs 39,000 to Rs 1.12 lakh costlier than before.

Since the Toyota Innova Crysta is a popular fleet vehicle across the country, the massive price hike might have a negative effect on its sales, especially the diesel variants. Hence, introducing a more affordable bi-fuel petrol-CNG option looks like a viable option for the Japanese carmaker, and might also boost the people mover’s sales. 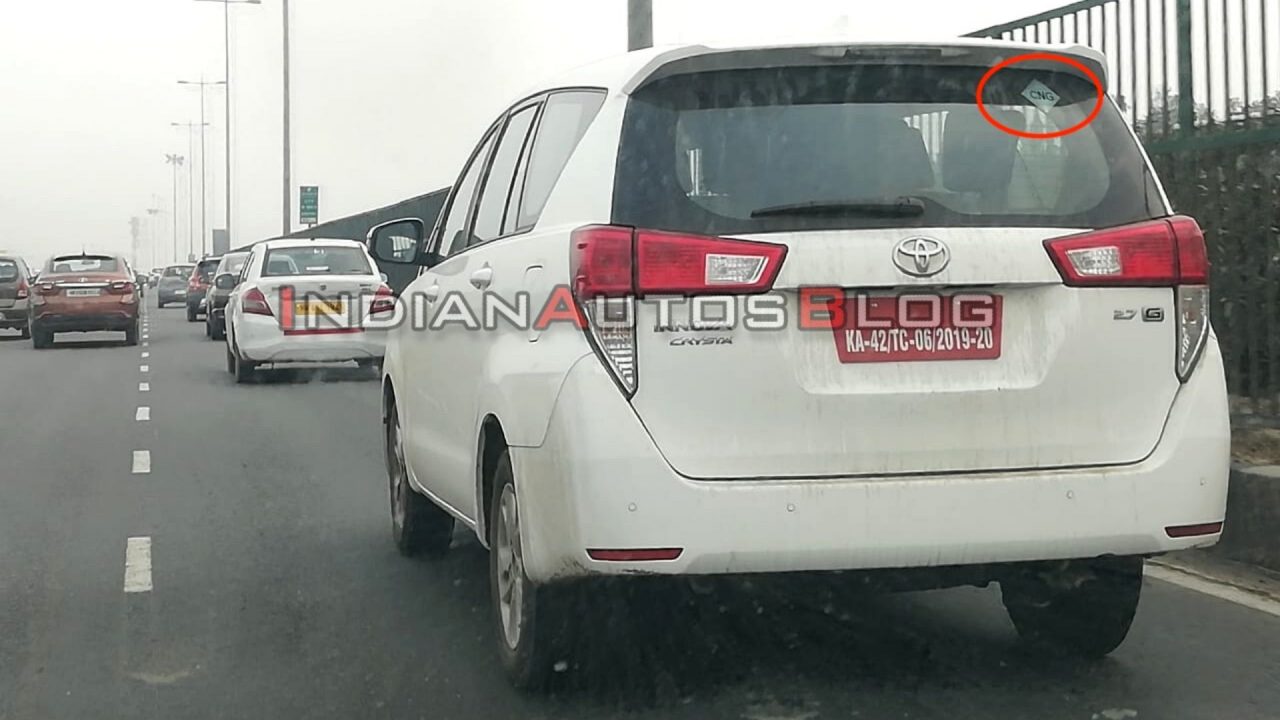 As of now, Toyota offers the Innova Crysta with a BS6 2.7-litre four-cylinder petrol engine, that comes mated to a 5-speed manual transmission, or an optional 6-speed MT. The said powertrain puts out 166 PS of maximum power and 245 Nm peak torque.

The Innova Crysta also gets a BS6 2.4-litre diesel mill with two states of tune; the one that is coupled with a 5-speed MT produces 150 PS power and 343 Nm torque, whereas the unit that is paired with a 6-speed auto, makes similar 150 PS max power, but 360 Nm max torque.

However, expect the power output of the bi-fuel petrol-CNG powertrain to be slightly lower than what the 2.7-litre petrol engine makes. It will likely only be offered with a 5-speed manual gearbox.

Toyota Innova Crysta has had no direct rival in the premium MPV segment in India for a very long time. However, Kia is soon going to launch its second offering and first MPV in the Indian market, the Carnival. The Carnival will be a premium alternative to the Innova Crysta, and will likely be priced between Rs 26 – 30 lakh.