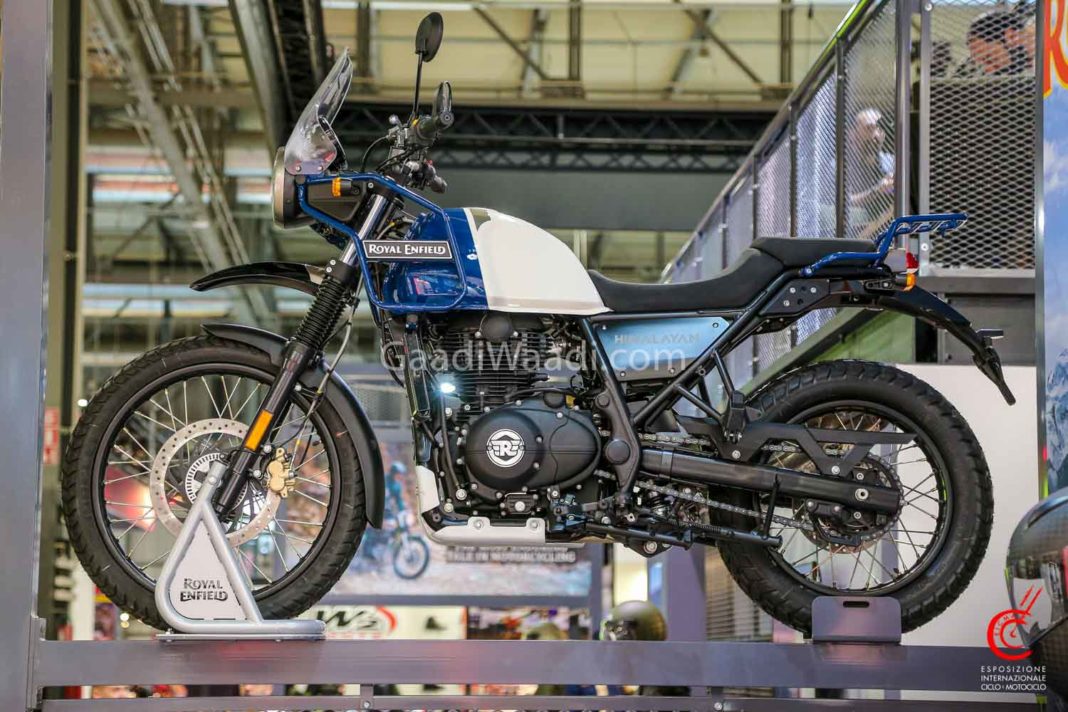 Royal Enfield uploaded a teaser video on its official social media accounts, with multiple snippets of the Himalayan compiled together to form a collage, with the tagline “Built for all roads, built for no roads”. The video has been captioned “Coming soon”, which hints that it is indeed, the teaser for the upcoming BS6-compliant Himalayan off-roader.

The BS6 Royal Enfield Himalayan was previously spied on test, which revealed that the bike will come equipped with some new features such as a switch to turn the ABS on/off, a hazard-light switch along with an updated instrument console. The overall design of the bike will likely be retained, apart from a few cosmetic tweaks, including new colour options.

The Himalayan will be offered with the BS6-compliant version of the 411 cc, single-cylinder, air-cooled motor that it is currently offered with. The said engine puts out 24.5 hp of max power at 6,500 rpm and 32 Nm peak torque at 4,250 rpm, and comes mated to a 5-speed gearbox.

Earlier this week, the Chennai based two-wheeler manufacturer launched its first BS6-compliant motorcycle, which is the updated Classic 350. The bike is launched at Rs 1.65 lakh (ex-showroom), which is around Rs 11,000 more than what the BS4-compliant version of the bike was retailed at.

As of now, the BS4-compliant Royal Enfield Himalayan is priced at Rs 1.80 lakh (ex-showroom), but expect the BS6 model to get a similar price hike like the BS6 Classic 350, and be priced just under the Rs 2 lakh (ex-showroom) mark. The Himalayan is the second-most affordable off-roading motorcycle in the Indian market after the Hero XPulse, and has no direct rival as of yet.