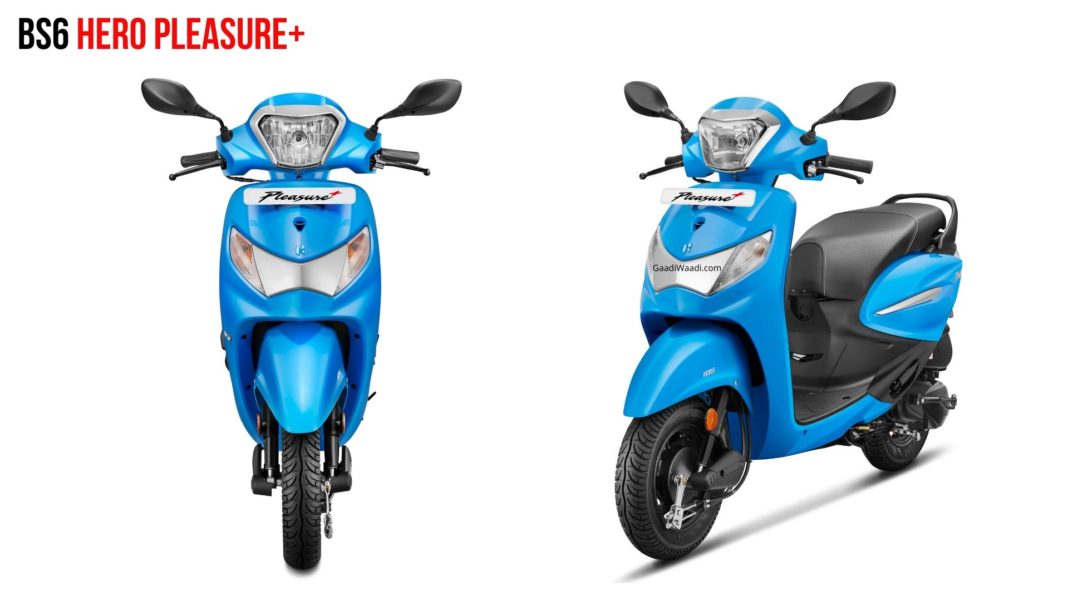 Hero MotoCorp has today announced officially that the dispatches of its BSVI compliant scooter, the updated Pleasure+ 110 FI have begun across the country. This follows the introduction of the BSVI-spec HF Deluxe and Splendor iSmart commuter motorcycles. Just as other two-wheeler majors, Hero MotoCorp has certainly sped up expanding its BSVI portfolio as the deadline looms large and is just over a couple of months away.

The first BSVI scooter from Hero, the Pleasure+ 110 FI, has been priced at Rs. 54,800 for entry-level self start version and it goes up to Rs. 56,800 for the self-start alloy wheel variant (both prices, ex-showroom New Delhi). The Pleasure+ BSVI has been designed and developed by Hero at its CIT facility in Jaipur, Rajasthan.

More BSVI two-wheelers from Hero are lined up to be rolled out in the coming weeks. The new scooter in its BSVI avatar returns 10 per cent higher fuel economy and 10 per cent faster acceleration according to the brand. The Pleasure+ 110 FI BSVI derives power from the same 110 cc engine but it has been incorporated with Programmed FI with Advance XSens Technology comprising of eight sensors. 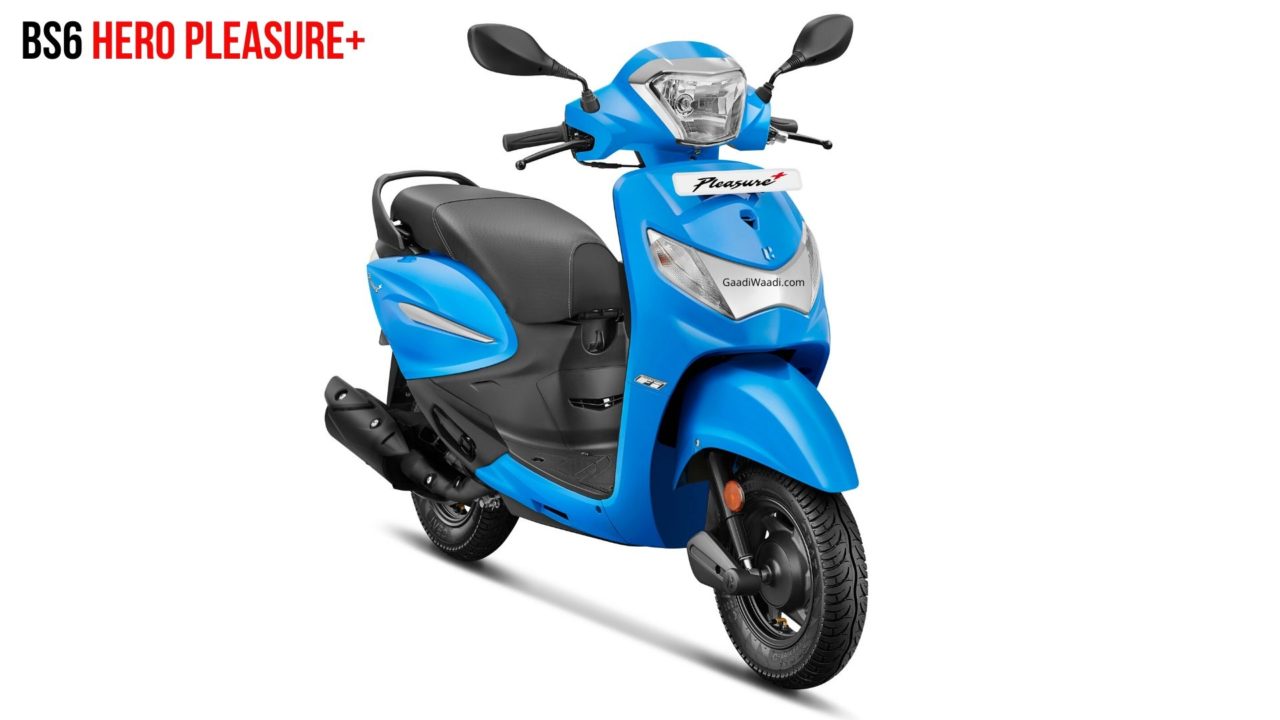 Hero claims that the BSVI Pleasure+ enables smoother ride, better performance and easier start compared to the BSIV compliant outgoing Pleasure. The powertrain produces a maximum power output of 8 bhp at 7,000 rpm and 8.7 Nm of peak torque delivered at 5,500 rpm.

The Pleasure+ will be followed by a range of updated BSVI motorcycles and scooter from the homegrown company. The Pleasure+ was launched in May 2019 with LED headlamp and semi-instrument cluster and it moves to a bigger engine with FI technology ahead of the BSVI era coming into effect from April 2020.