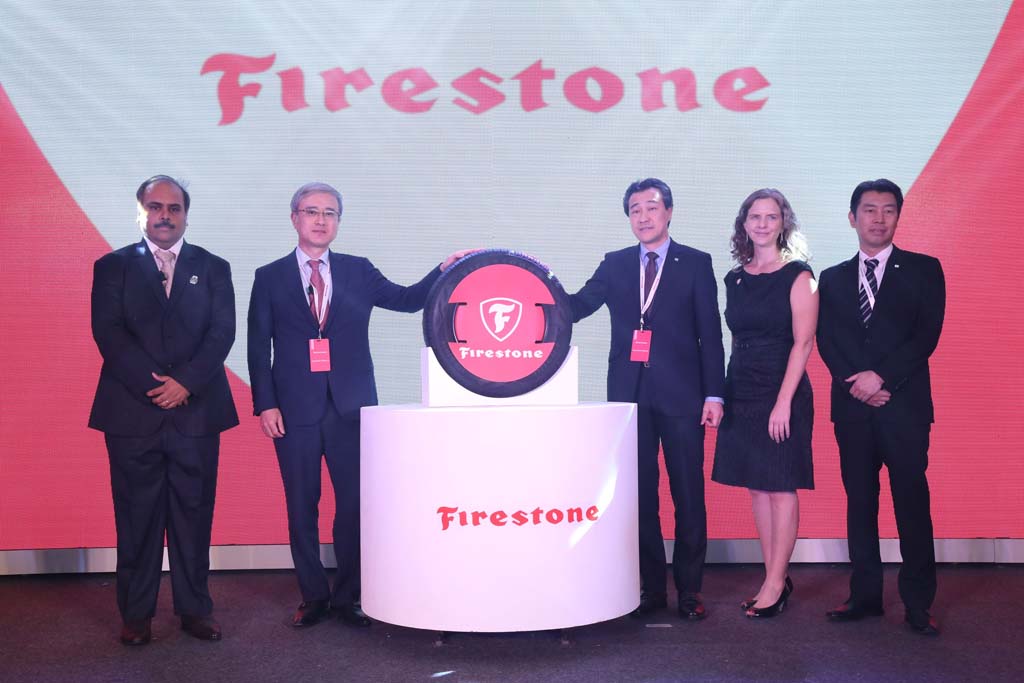 Bridgestone is the world’s largest tyre manufacturer, and in India too, the company has strong presence in the automotive tyre market. Now the company has launched the Firestone tyre brand in India with launching two products – Firestone FR500 and Firestone Destination LE02, with a starting from Rs. 2,200 and Rs. 5,500 respectively. The previous one will run under the passenger cars, while the latter one will come under the SUVs.

The company says, Firestone FR500 will come available in a total of 24 sizes, and this tyre comes with several features to provide better performance in several small passenger cars. It gets 2 ply construction side walls, which can withstand external shocks; while the wider shoulder blocks prevent irregular wears. This tyre also provides improved safety with the 3D block shape winding groove. It also comes with high and low angle slots, with the high angle slots providing better water drainage and low angle slots giving better traction. The other product is the Firestone Destination LE02, which comes available in three different sizes presently, and the company says it will introduce 11 more sizes for this tyre within next two years. This tyre will come under the SUVs, and given the fact the SUV and crossovers have been doing extremely well in Indian market the company is hoping good result with this tyre.

Though the Firestone is a different tyre brand, but it will initially use the Bridgestone’s dealership network across the country. Later the brand might get its own shops, and Bridgestone also plans to sell the Firestone brand tyres through e-commerce platforms in the country.