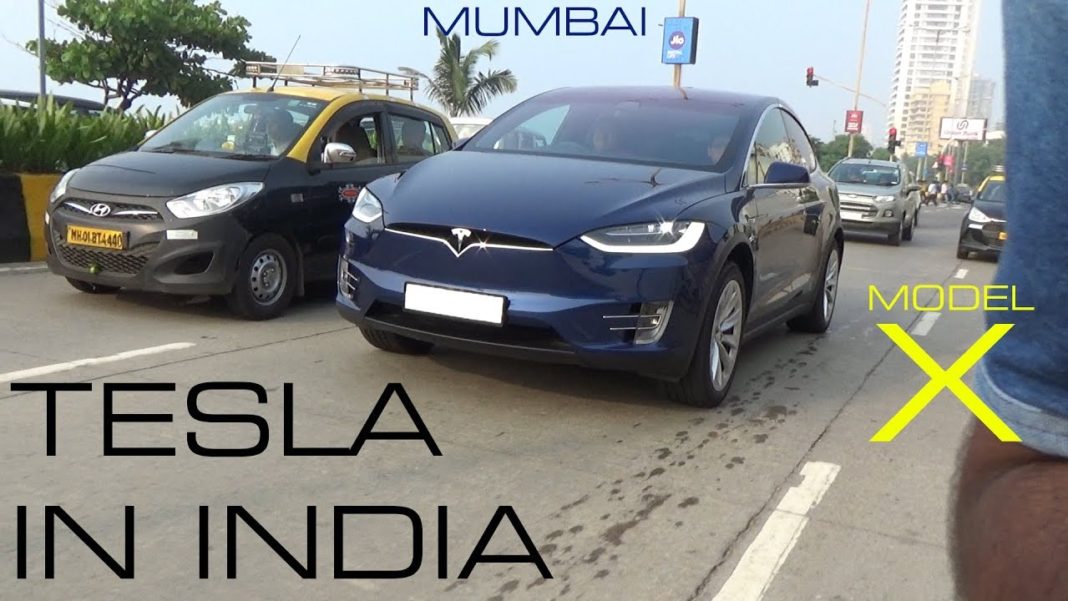 Tesla, the leading American electric vehicle maker, has long been weighing up plans to enter the India. Ever since the unveil of its entry-level Model 3, and having seen Indian big shots showing interest, the rumours of Tesla venturing into our domestic market in the near future refused to fade away.

Tesla CEO Elon Musk took to Twitter, as he often would be, to answer a question on possible entry into India and his reply of “summer 2017” did surprise quite a lot of people considering that Tesla does not have dealerships and service centers and it’s yet to install a cross-country network of superchargers to serve the customers. 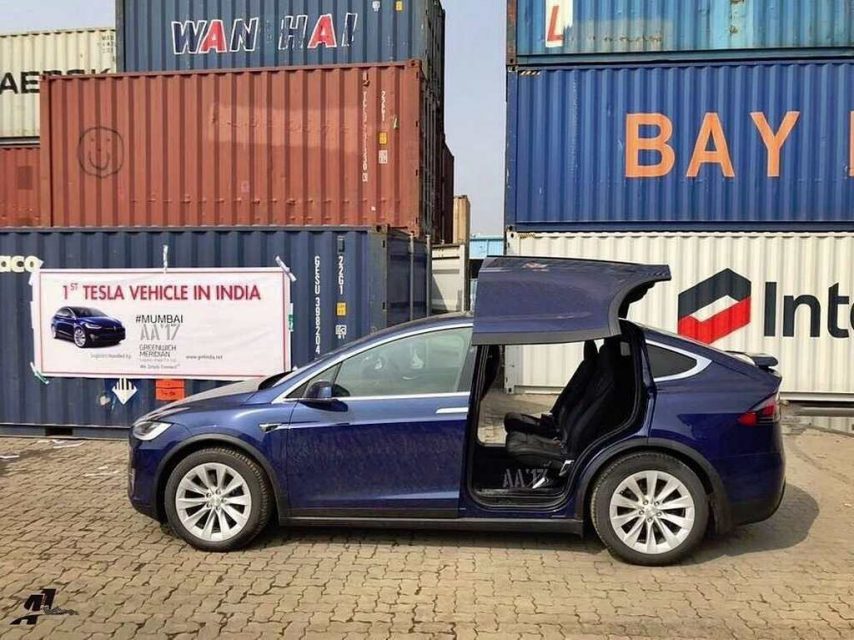 However, he realised the hurdle in Make-In-India plan as it demanded 30 percent local sourcing and Tesla does not yet have any local suppliers. He hinted at setting up Gigafactory even last year in India but despite the best efforts by our authorities, he opted to choose the free-trade zone in Shanghai, China to establish his fully-owned manufacturing unit.

With the electric infrastructure currently being evaluated, Indian automakers are pushing boundaries to commercialize electric two- and four-wheelers ahead of the planned 2030 EV Mission which wants every car running on Indian roads to be electrified. With the uncertainty surrounding Tesla’s debut in India, it is not surprising to see its first vehicle reaching our shores at the Mumbai port. It is brought into the country by a Mumbai businessman and it has been spotted on a video lately. 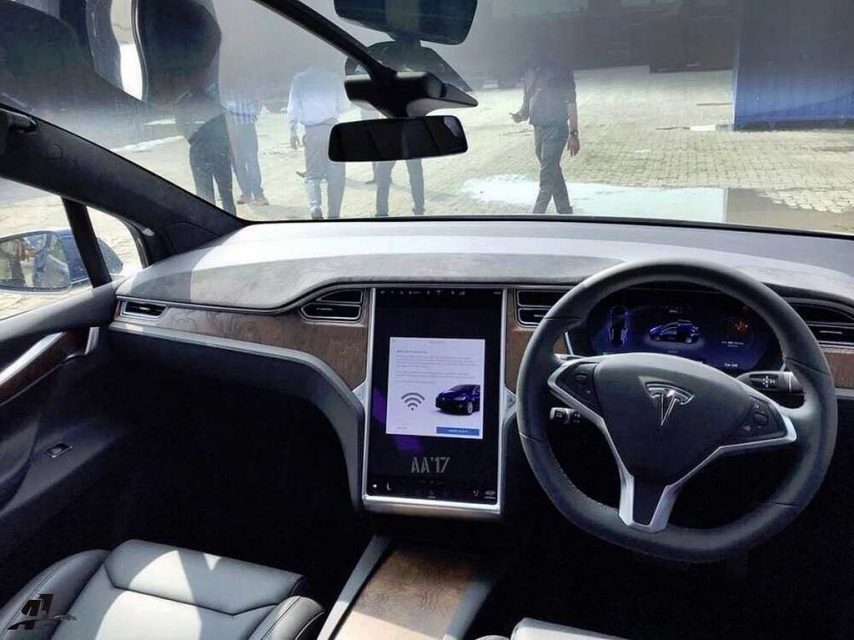 The Tesla Model X SUV-ish crossover was introduced back in 2015 and it is one of the hot-sellers for the brand. The five door vehicle is fully electric powered and is available in two different powertrain options: One being the P90D and the other one is 90D (the one you see above).

Both the versions come powered by dual electric motors. The P90D gets a 259 hp of peak power producing motor at the front, while also having a 259 hp electric motor fitted at the front. The P90D can accelerate 0 – 100 kmph in 3.8 seconds. The Model X with signature Falcon doors can be bought with multiple seating configurations as well internationally. 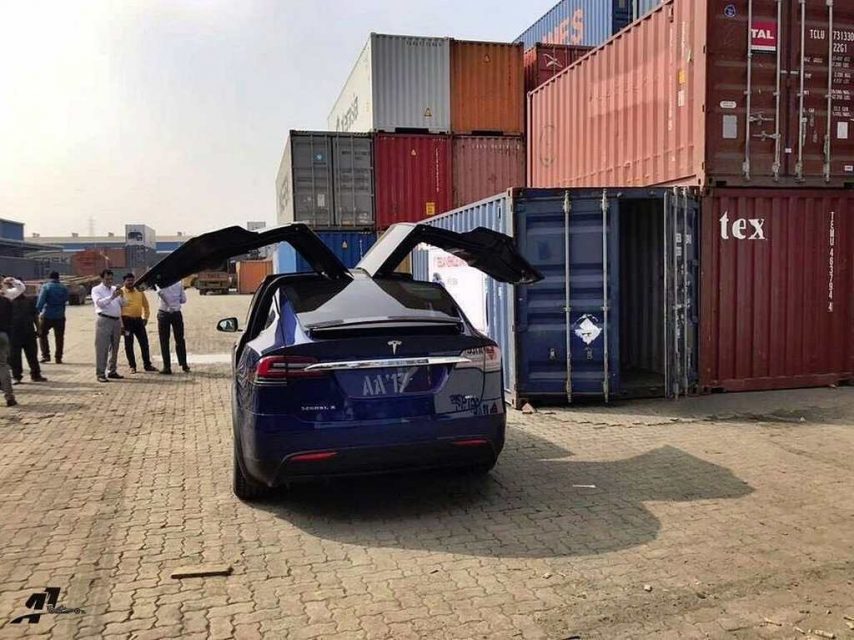 The timing can be improved up to 3.2 seconds with the Ludicrous Speed Upgrade package. On the other hand the 90D reaches the same mark in 4.8 seconds. Both the cars come with a top speed of 250 kmph, while the P90D boasts 400 kilometers of cruising range.

The 90D facilitates 14 kilometers of additional cruising range compared to the P90D. The transmission duty is done by a single speed transaxle gearbox. Both the P90D and the 90D have an All Wheel Drive (AWD) configuration.