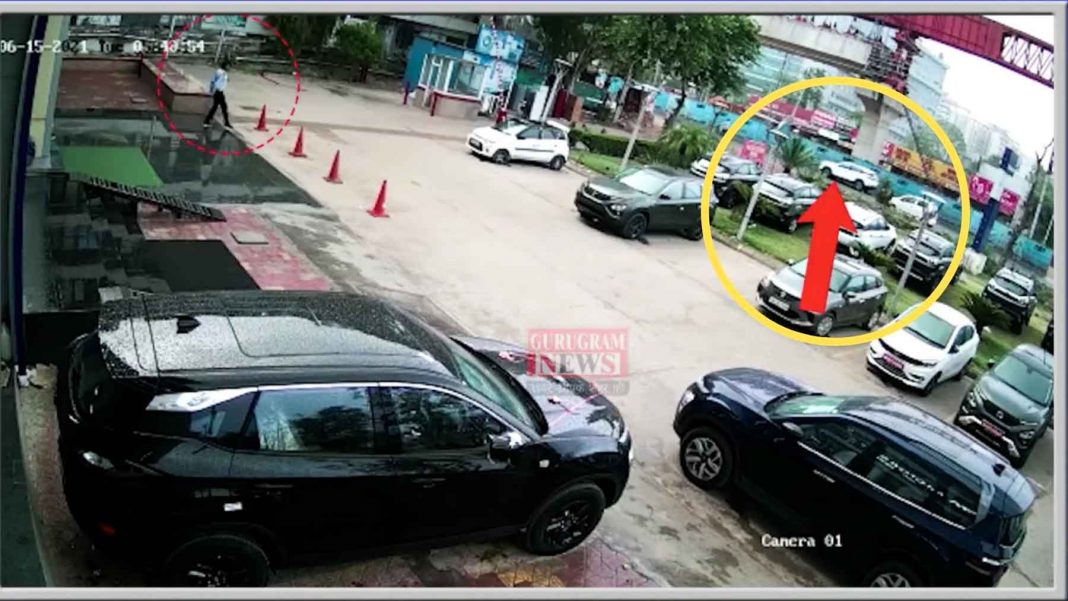 In a recent incident in Gurugram, Haryana, a brand new Tata Harrier SUV was stolen from right outside the showroom

In recent times, the cases of vehicle thefts have been rising in India. The police departments of different states have been tightening up security on the roads, with some even testing the alertness of the cops. However, crime continues to happen, unbothered seemingly. Recently, a Tata Harrier was stolen from right outside a dealership, during the wee hours of the morning.

The incident took place on 15th June, at around 5:30 AM. Tata Motors Zedex, located in Scottish Mall, on Sohna Road, Gurugram, took delivery of a new batch of vehicles on 13th June, and these new models were parked right outside the showroom, within the mall premises. In the morning, when the dealership staff arrived, they were surprised to find one car missing, after which they checked the security cameras.

Reviewing the CCTV footage revealed that the vehicle – a Tata Harrier XZ Plus, priced close to Rs. 20 lakh (ex-showroom, Gurugram) – was stolen that morning. As it was a brand new car, it didn’t even have any numberplates on it. However, the miscreants must have felt confident that they won’t be caught by the police during such early morning hours.

The staff wasn’t able to identify the thief in the CCTV footage. Also, both keys of the vehicle remain in dealer possession, which is another cause for concern. It seems like the thief was able to break into the vehicle without raising an alarm, and then simply drive away. It should be noted that the XZ Plus variant of the Harrier comes loaded with keyless entry and ignition, and auto burglars have been known to manipulate that technology to steal cars.

Modern smart keys automatically unlock their respective vehicles whenever they are in range. Using signal boosters, thieves can increase the range of a smart key, allowing it to unlock its car even from far away. This makes tech-loaded vehicles a prime target these days.

The dealership staff have also stated that the police didn’t take immediate action. Instead, the FIR was officially lodged two days later, on 17th June, despite the staff being present at the relevant police station on 15th as well as 16th June. The investigation on the matter is ongoing.