Initially, BMW will bring X7 to India via CBU route and the company might locally assemble the model later as the price is expected to be around Rs. 1 crore

BMW’s flagship SUV X7 has been spotted in India for the first time and the prototype is partially camouflaged but we can easily make out that it is the X7 with the size as the badges are hidden. The company might offer a spare wheel with the X7 as the left side rear tyre on the test mule is smaller and the alloy wheel design is also different from other wheels.

Some reports indicated that the X7 will be launched on January 31 and initially the SUV comes to India as CBU model from the South Carolina plant of BMW later they might assemble the model at its Chennai plant depending on volume. We are expecting the X7 to be priced around Rs. 1 crore as India-spec model might get lot more options as standard.

One of the standout elements of the design of X7 is the big kidney grille and the headlamp design is similar to other BMW models. The side reveals the enormous size of the SUV and the rear door is bigger than the front door, which will make it easier for passengers to access the third row of seats. The rear gets LED tail lamps and a new bumper. 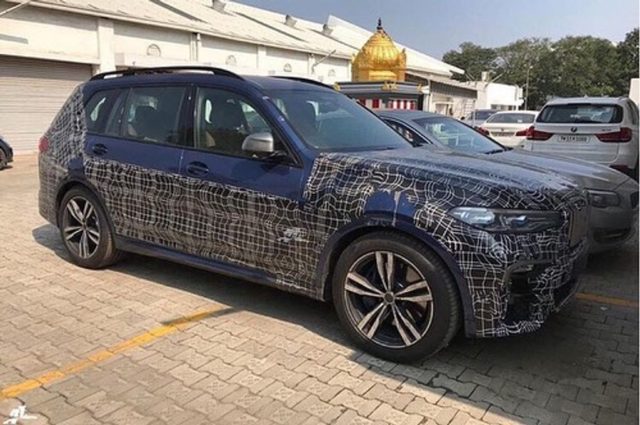 The company has given wood finish for the centre console and dashboard for a premium feel as the quality of materials is top notch. The X7 is loaded with lots of features like a five-zone climate control system, three-panel panoramic sunroof, 20 speaker Bowers & Wilkins music system to name a few. BMW has given latest safety tech like Extended Traffic Jam Assist, Parking Assistant Plus and more. 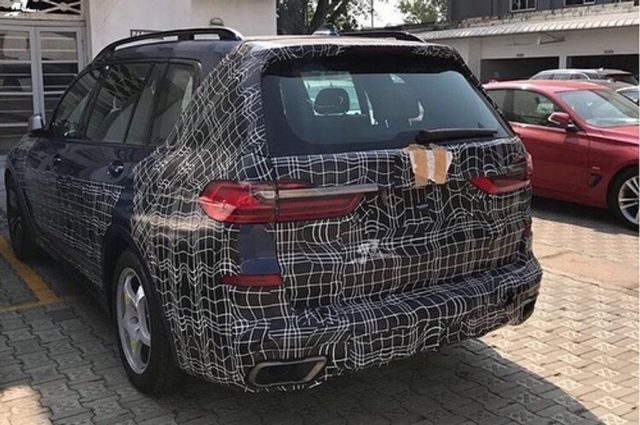 The X7 is available with lots of different engine options and initially the company will introduce the M50d top end diesel variant which is powered by 3.0 L quad-turbo diesel engine producing 400 PS at 4,400 rpm and 760 Nm of torque between 2000-3000 rpm, mated to 8-speed automatic gearbox and all-wheel-drive system is standard. BMW X7 compete against Mercedes Benz GLS and Range Rover.