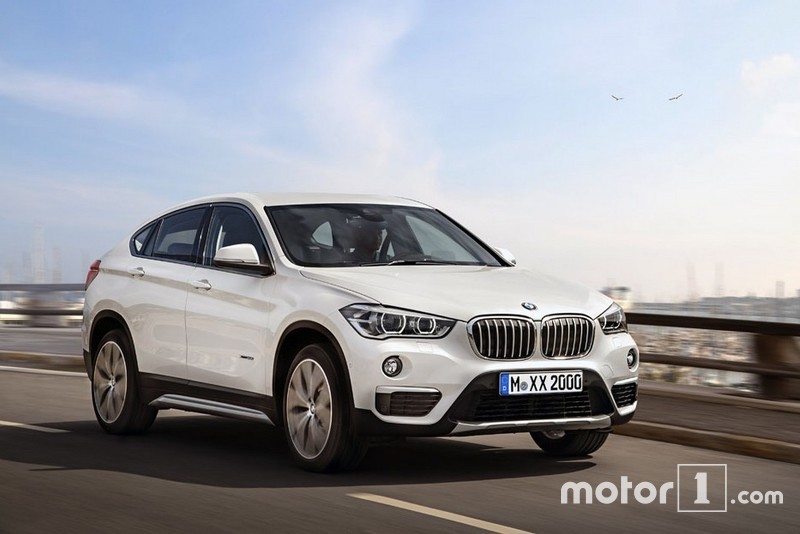 The BMW X2 Crossover Coupe will be positioned in between the entry-level luxury X1 SUV and next utility vehicle in current line-up, the BMW X3

The first ever BMW X2 crossover coupe will be based on the same platform as the second generation X1 SUV. Like its elder siblings X4 and X6 coupes, the X2 will have a high-riding stance while adopting their design language with a sloped roofline.

Since it’s a crossover coupe, BMW aims to take advantage of both worlds – the spacious nature of an SUV in addition to the style and ride-quality of a coupe – and appeal to potential premium customers.

The five-door X2 coupe will be significantly longer and wider than the practical X1 SUV with extremely angled rear to give it a more coupe-ish silhouette. Although the body style commands for a premium price tag, it will have similar mechanical underpinnings as seen on X1.

Offered with four-cylinder and three-cylinder turbocharged engines, it will ride on the UKL platform with standard front-wheel drive layout whilst the top-of-the-range models will come with BMW’s xDrive setup. A M-badged performance variant is also speculated to be in the pipeline but only a few months after the standard models grace the showrooms.

A beefed-up version of BMW’s new B48 engine is expected to be included producing around 300bhp from its standard 228bhp with modifications to the power unit. Engines will be mated to a six-speed manual or eight-speed automatic transmission combining with either front or four-wheel drive system.

It will rival against the likes of Volvo XC60, Range Rover Evoque and Land Rover Discovery Sport. The five-door BMW X2 coupe is more likely to be launched in the second-half of 2016 after being previewed at the Geneva Motor Show in March. Expected to go on sale in the early parts of 2017 ahead of the German automaker’s planned plusher X7 model in the oversees market.