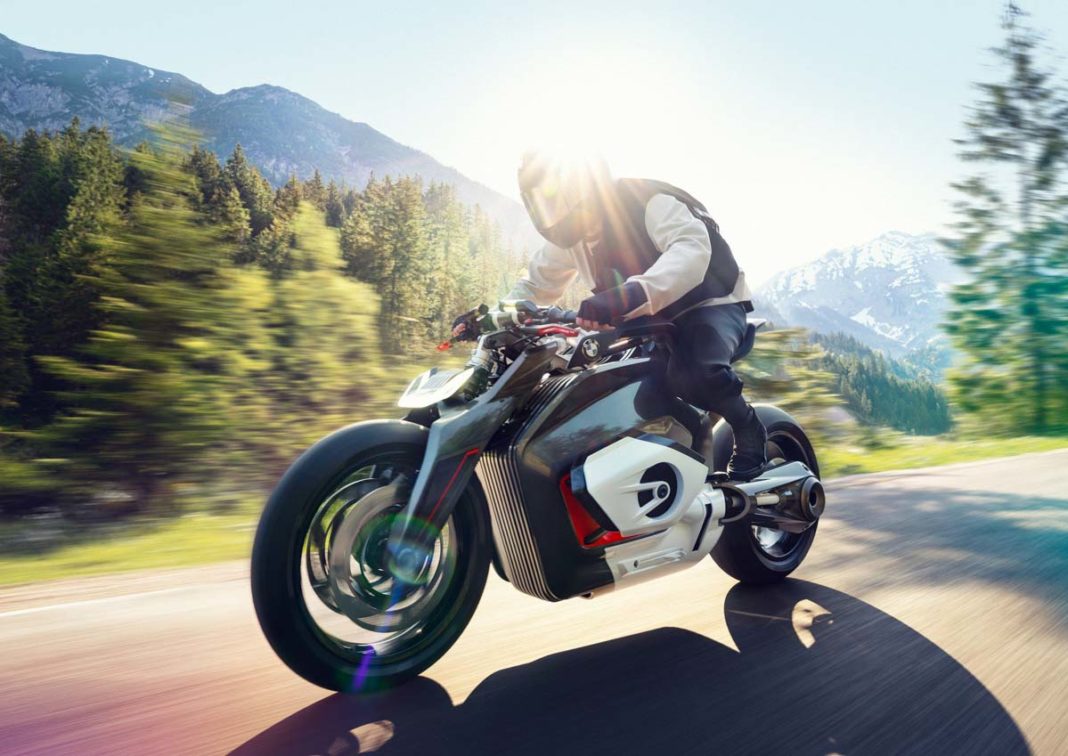 BMW Motorrad has unveiled the Vision DC Roadster concept which happens to be their first naked bike concept with an electric drivetrain. For over 90 years, the 2-cylinder Boxer engine has been one of the key elements of BMW Motorrad’s identity but it also stands for visionary zero-emission vehicle concepts at the same time. The Vision DC Roadster concept’s purpose is to retain the iconic appearance of the brand while also presenting a completely new kind of riding experience.

According to BMW Motorrad, the concept bike conveys a sense of lightness to emphasize its driving dynamics. The seat and cooling system have been designed to leave an impression of hovering around the battery. The motorcycle gets a vertically positioned, longitudinally oriented battery setup. The side elements have been designed to act as cooling ribs and integrated ventilator.

The cylinder-shaped electric motor, on the other hand, is positioned underneath the battery and is connected to the rear wheel via a drive shaft. According to BMW Motorrad, the Vision DC Roadster Concept features a clever and modern drive architecture that somehow takes its visual inspiration from the German company’s history. 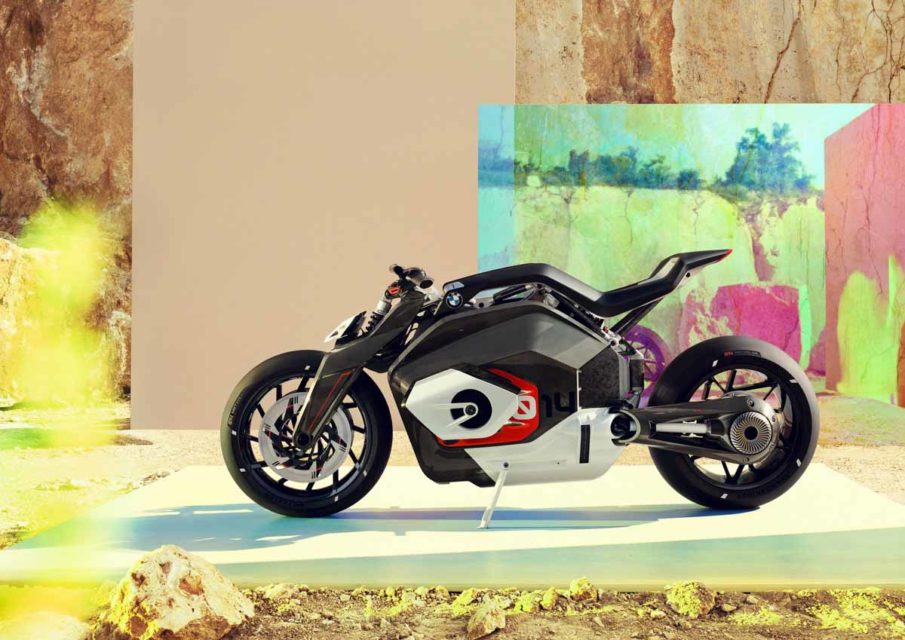 The BMW Vision DC Roadster also looks highly dynamic with a low front section and a short, high rear section. The concept motorcycle also gets an exposed flat, and finely-wrought tubular structure instead of the fuel tank. The seat, on the other hand, looks modern and creates a sporty impression of this roadster.

The BMW Vision DC Roadster also uses plenty of carbon fibre and aluminium bits in its construction. It uses tyres made by Metzeler. The tyres, in particular, features five fluorescent elements of the size of postage stamps that help in enhancing the visual appeal of the concept bike. The concept bike also features a flat U-shaped LED daytime riding light, while the compact LED lenses act as the low and high beam of the motorcycle. 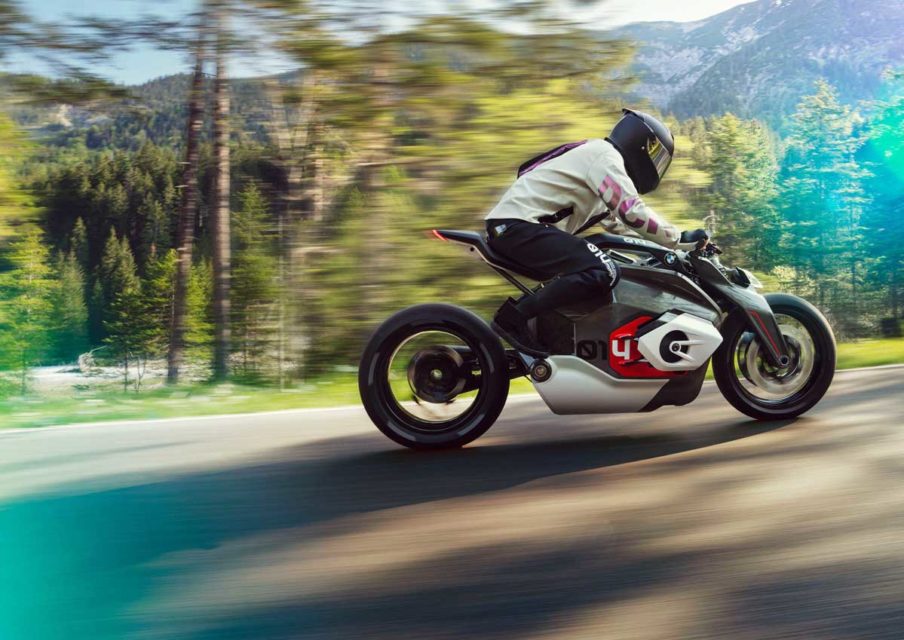 The rear profile gets two C-shaped LED elements that are positioned on the aluminium rear carrier. Besides unveiling the concept bike, BMW Motorrad has also revealed a protective riding suit that comes with various light functions and digital connectivity. The rider jacket also gets an asymmetrical rucksack vest fixed by a magnet. The rucksack will provide additional storage space for the rider.