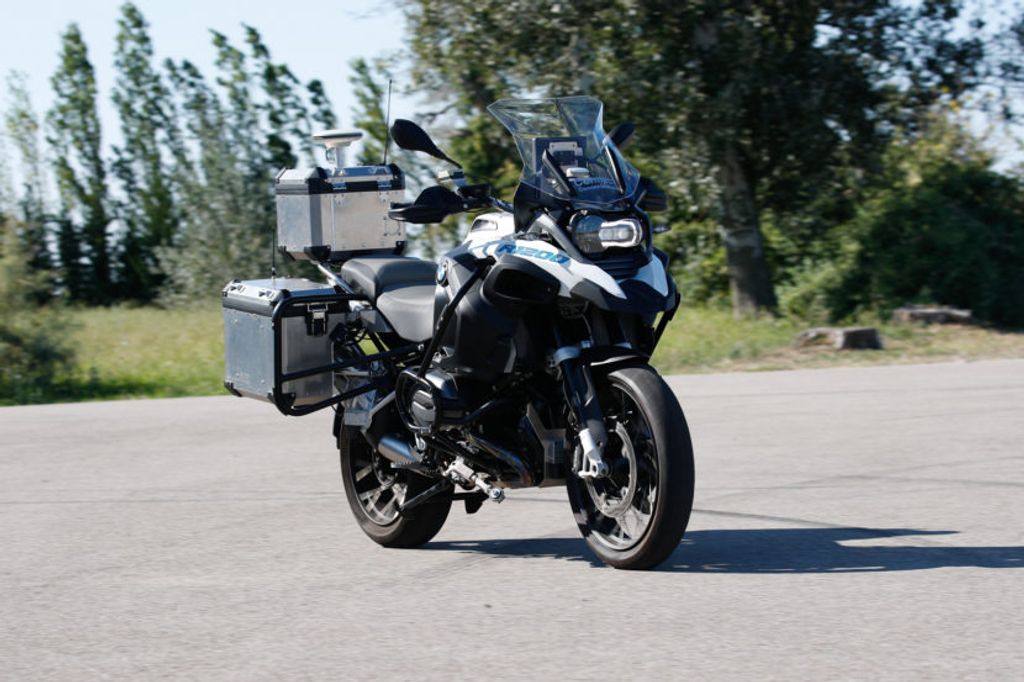 Just like in a car, the BMW R1200GS Autonomous Bike doesn’t need a rider as it can start, shift gears, lean on the curve and stop itself without any help

In the car industry, most of the manufacturers are working on autonomous driving technology. As some modern cars can already drive itself, we can expect fully autonomous driving cars on our roads within the next five years. But two-wheeler industry is yet to catch on this amazing tech even though Honda and Yamaha have shown earlier with concepts that it can be done.

BMW Motorrad is also joining this elite club with their new R1200GS Autonomous bike concept. Just like in a car, this bike doesn’t need a rider as it can start, shift gears, lean on the curve and stop itself without any help. The German manufacturer hasn’t revealed more details of how this work or the technology behind it.

All the inputs are controlled by the computer and sensors rather than radar system as they got help from BMW cars division. The company has released a video of the autonomous bike and it’s really fascinating to see how this tech works in the bike. The way the bike balance itself is by moving rear tyre back and forth.

BMW Motorrad won’t introduce this autonomous system anytime soon in their bikes as the company want to integrate this system into bikes to save the rider from a collision just like in cars. The lane departure assists feature is expected to be introduced on next generation of flagship products.

But there is still some debate going on whether bike needs this type of autonomous system as it will take away the core value, which is riding. Some manufacturers like KTM and Ducati are working on a radar-based system, which works with the active cruise control system to warn riders about blind spots on road.

BMW Motorrad is currently working on F850 GS Adventure model, which will be revealed at EICMA 2019. The F850 GS Adventure is powered by 853 cc parallel twin cylinder engine producing 95 hp of power at 8,250 rpm and 92 Nm of torque at 6,250 rpm. This engine is mated to 6-speed gearbox as it comes with an anti-hopping clutch.