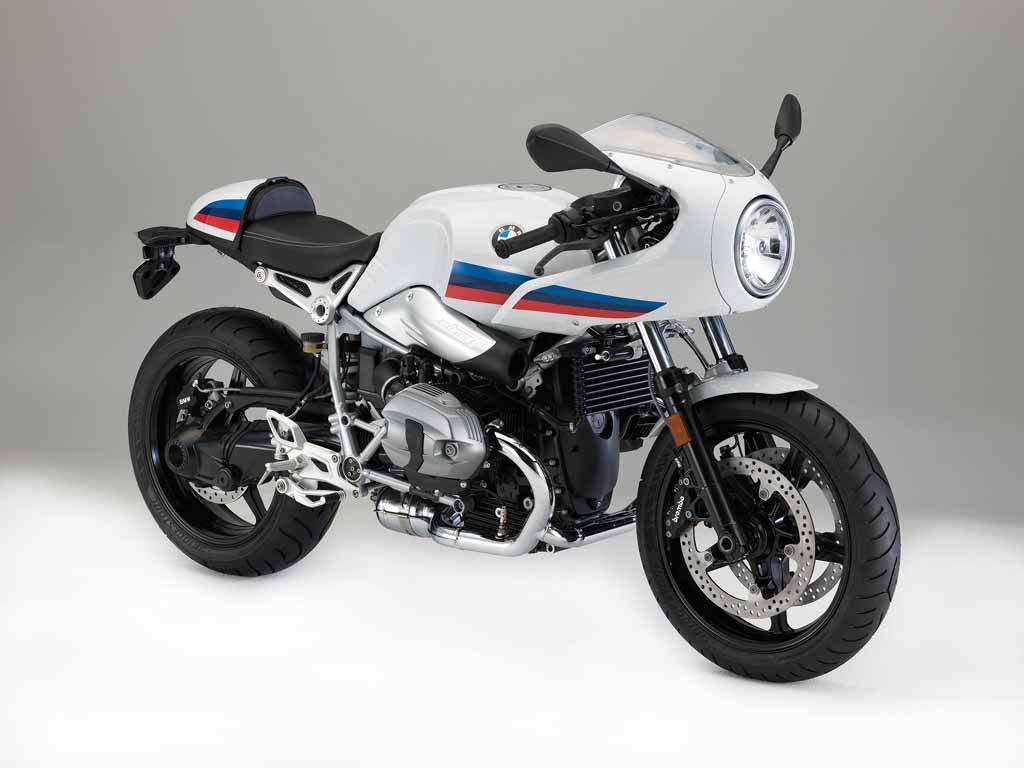 BMW Motorrad has unveiled the two new iterations of R nineT in form of R nineT Racer and R nineT Pure, at the ongoing Intermot 2016 in Cologne, Germany. The BMW R nineT was launched in 2013, and the retro styled motorcycle garnered appreciation. BMW R nineT Racer features a classic café racer appearance, while the Pure is a naked roadster. The Pure features a blend between modern and retro styling. It features large round headlamp, white direction indicator, a single analog-digital instrument console, muscular fuel tank, and it also receives a stainless steel muffler. It looks like BMW Motorrad has gives the motorcycle a bare basic look, which is certainly attractive for those purists, who like it old way.

Both the BMW R nineT Racer and Pure take power from a 1,170ccc air/oil cooled DOHC Boxer engine, which is mated to a 6-speed transmission, and it is also compatible with Euro 4 emission norms. The engine pumps out 108.4 bhp of peak power at 7,750 rpm and 116 Nm of peak torque at 6,000 rpm. On suspension front both BMW R nineT Racer and Pure motorcycles feature telescopic front forks with 125mm travel, while rear get a monoshock with 120mm travel. On the braking front these motorcycles are equipped with dual 320mm disc brakes at front wheel, and 265mm single disc brake at rear wheel, and both the models run on 17-inch alloy wheels.