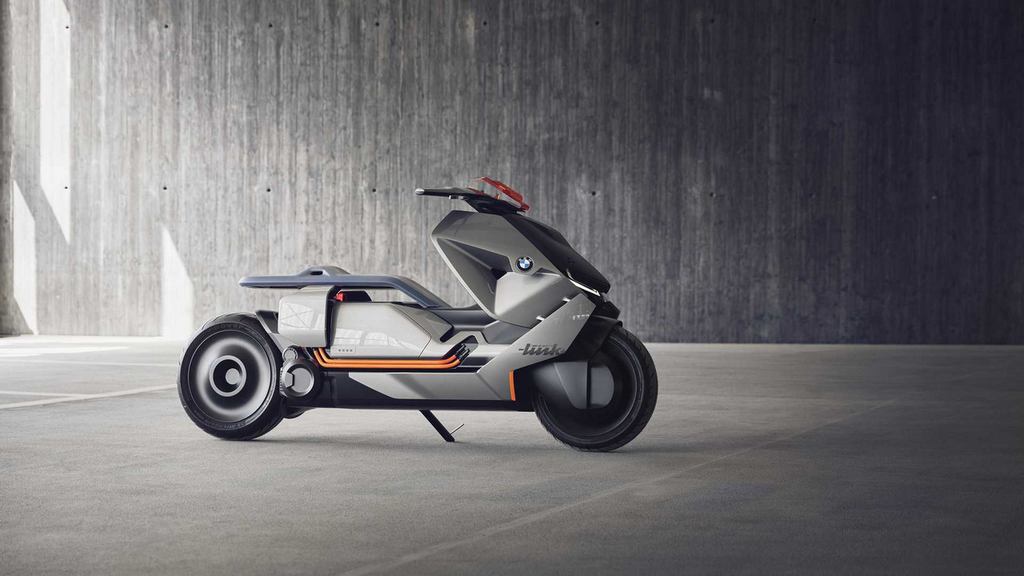 With congestion growing seemingly every day in the cities, reaching from one end to the other has been even harder than it ever was particularly in cars. A beet solution to the problem is using a scooter for daily commuting or a bike as they are convenient to ride and easy to maneuver. But the comfortability a car provides cannot be matched and that is where the new concept from BMW Motorrad comes into good use.

Showcased alongside the 8-Series Concept at the Concorso d’Eleganza Villa d’Este 2017, the Concept Link aims at giving the ease of a motorcycle with some of the convenience factors a car delivers. The electric conceptual study features a stretched body with a brand new design shying away from the existing Motorrad range. It is understandable as being a futuristic assignment things tend to differ. 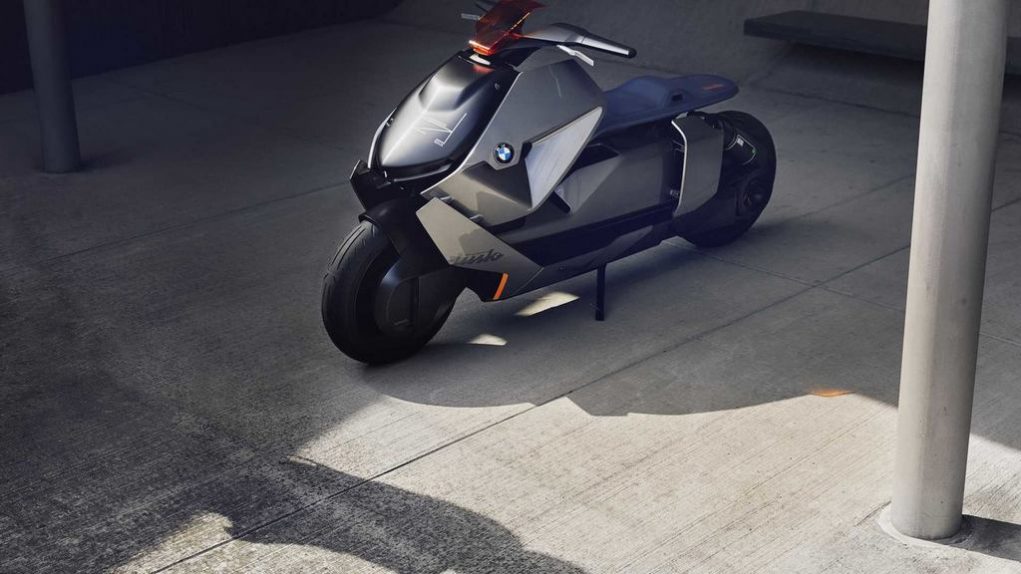 As the liquid metal titanium finished body is present, sitting on the rider seat is easy due to the low position and reduced overall height. The seat bench can be adjusted in its length as well based on what your preference will be – as a single-seater or an extended bench allowing two individuals to ride. Beneath the seat though lies a storage compartment mounted in the centre and can be easily accessible via a sliding door.

The bright orange cable serves the duty of connecting the batteries with the electric drive. The Concept Link gets several customisation options as well such as various windshield designs and multiple colours for the side panels. Taking inspiration from the Vision NEXT 100, it shows what the motorcycle division is capable of in the future.

The traditional instrument cluster is ditched in favour of a projector system that displays stuff like speed, battery info and navigation right onto the windshield reducing the overall distraction. The touch sensitive panel beneath the handlebars allows for additional details and gives access to several other functions like managing the controls without taking the hand off the handlebars for adjusting infotainment system. The concept will stay as a design study though and only previews of what we can expect from the Motorrad in the future.